On our 2015 pilgrimage to Athos I made a reservation to stay at Fathers Nikon’s house in Nea Skiti. After leaving Simonospetras we took the Agia Anna boat to Nea Skiti. This photo essay shows you the time we spent here. At the time of our visit Father Nikon was in Skiti Xenofontos, planning to move to this other location. One year later, in 2016, Father Nikon and his fellow monks left Nea Skiti and they settled on their new place on the Holy Mountain.

The – former – kellion of Father Nikon

The balcony of the house, totally overgrown by vines 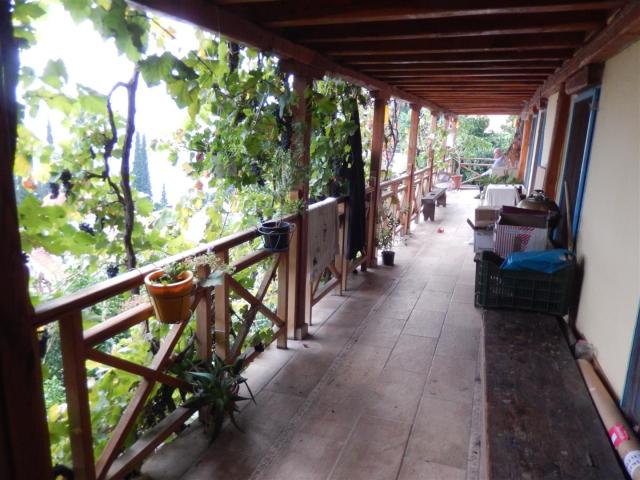 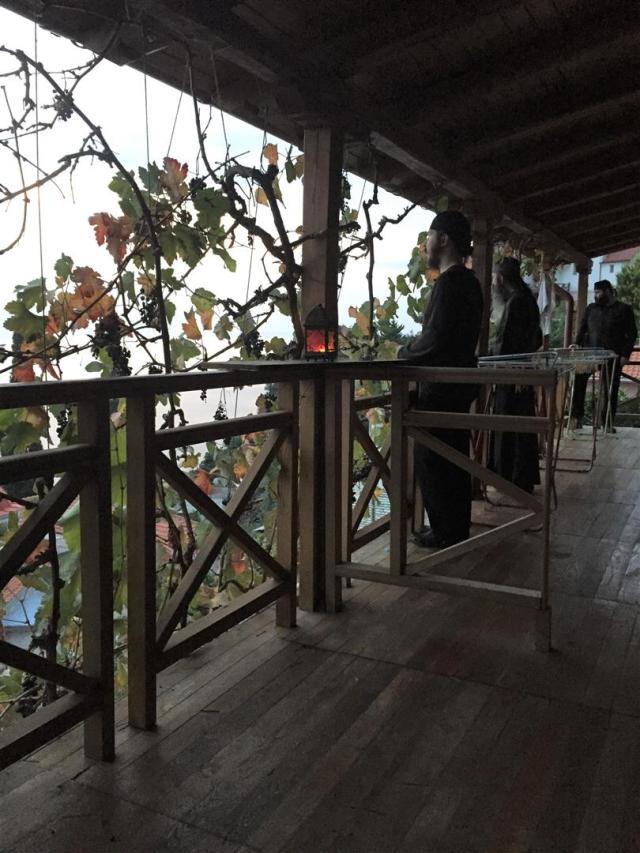 Every afternoon at five the monks gather to say a prayer on the balcony. We planned to sleep one night at Father Nikon’s place and spend the next night at the kellion of Danilion in Katounakia. Because there was no possiblity to make a reservation in advance we tried to get overnight sleep there, but unfortuanately the place was fully booked. That’s why we returned to Nea Skiti. The only thing was that they only could give us two beds, the rest was already taken by other pilgrims. So I was offered two alternative places to sleep on a camping matras: in church or on the balcony. I chose to sleep on the balcony, a beautiful and quiet spot, overlooking the sea.

The church where I could sleep….

Listening to the prayers and singing 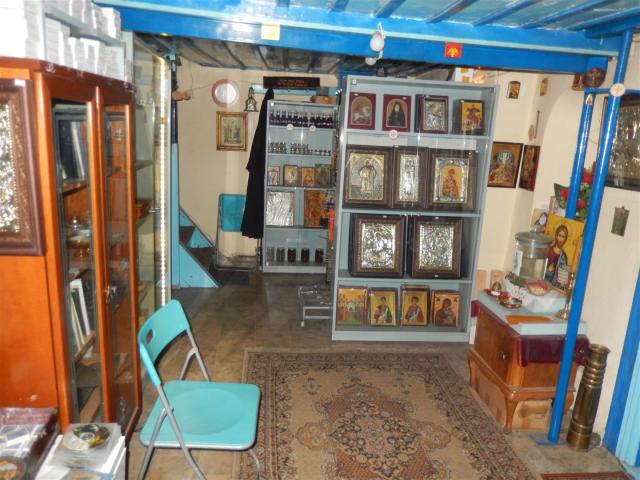 The room next to the church, with icons for sale. Look how old the house is: the room is propped up by poles !

The icon workshop of father Eugenios

One of his icons

Father Eugenios the icon painter: he prefers to speak German

Father Eugenios in the kitchen

Coffee with cake is being served in the small kiosk

The kiosk, where coffee was served and where you smoke your cigarette/sigar 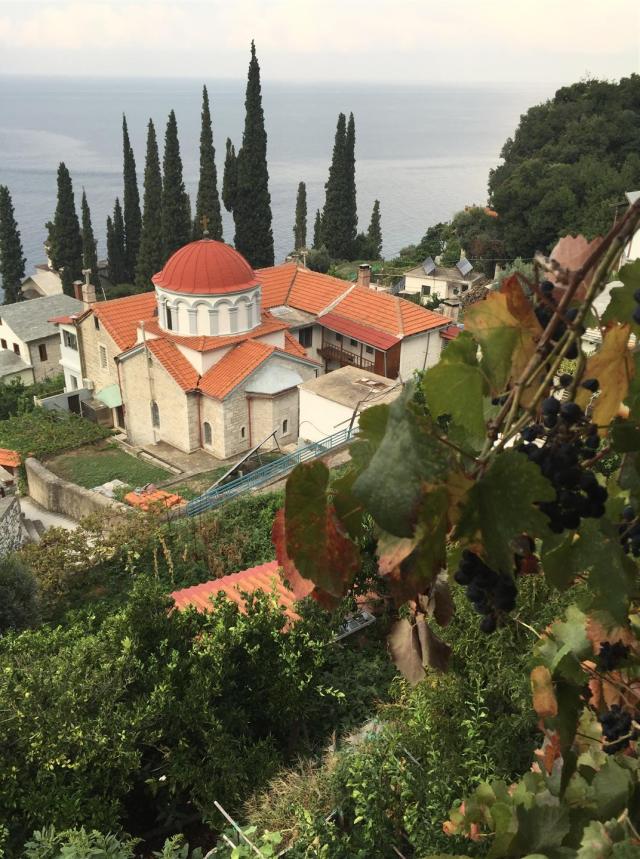 The church below Nikon’s house: it is build in 1931

The main church in Nea Skiti with a bell tower 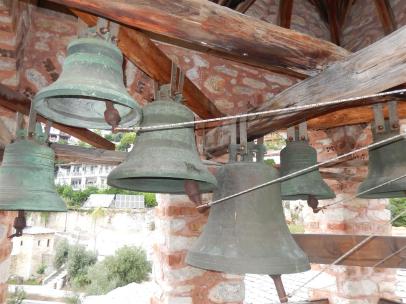 inside the bell tower

Nea Skiti, the bell tower with a semantron. The picture points to the North, with Father Nikon’s house in the right corner 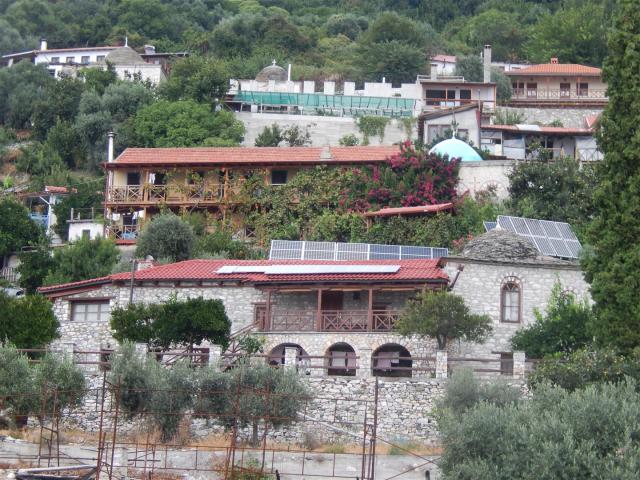 The exo narthex of the main church 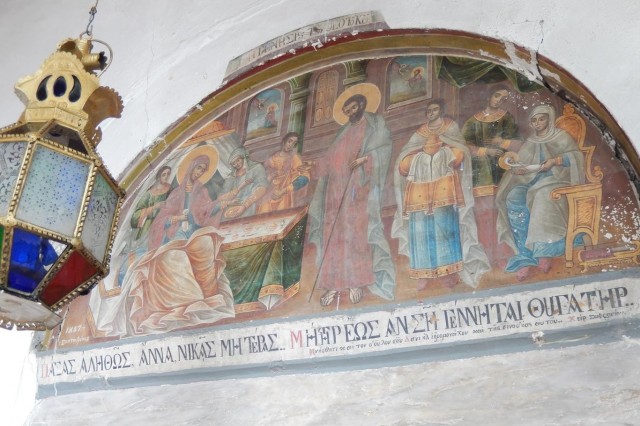 Above the entrance door of the church: a painting of Agia Anna

Coloured glass in the door

The courtyard in front of the main church

with a haut relief marble stone in the floor

The terrace in front of the church 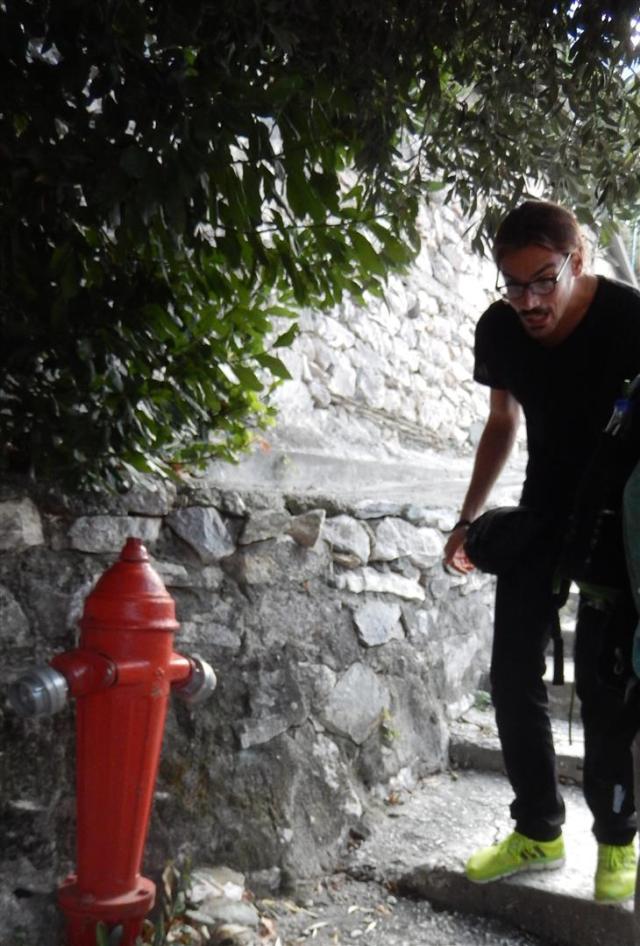 Together with a Greek pilgrim we went down to see the arsanas, but first I had a closer look at the Grand Tower of Nea Skiti

Mules and the tower 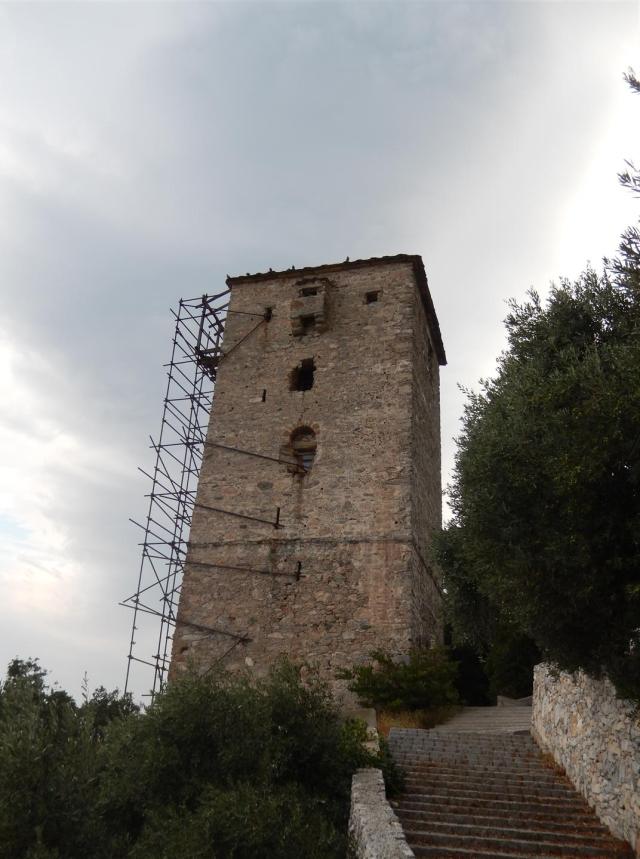 The old tower (the South wall), with uggly scaffoldings.

The tower (the North wall)

The tower (West wall and entrance)

The door of the tower

The harbor and beach of Nea Skiti

Mules bring goods and grapes down. 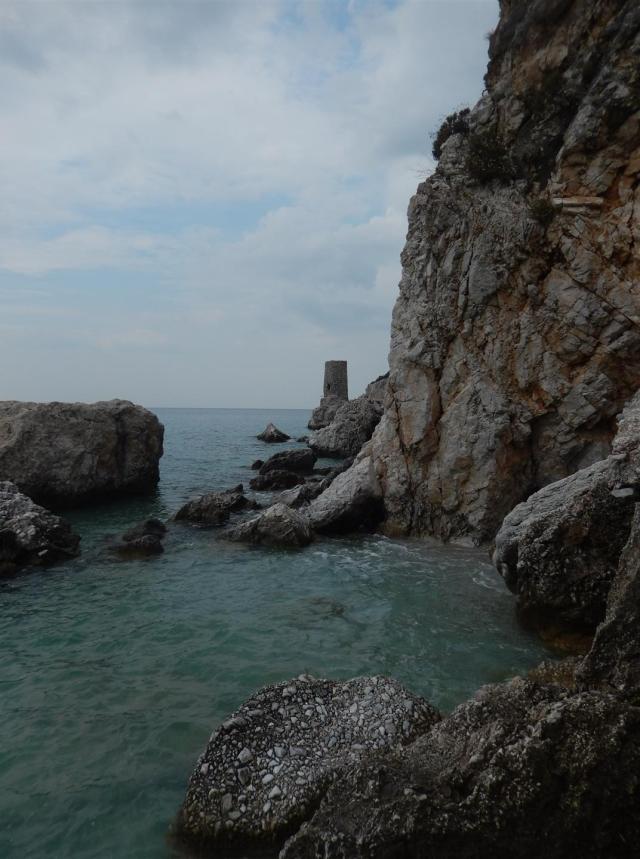 I always wondered what this object near the sea might have been. I found the answer later that afternoon when I studied a book in Father Nikon’s library. 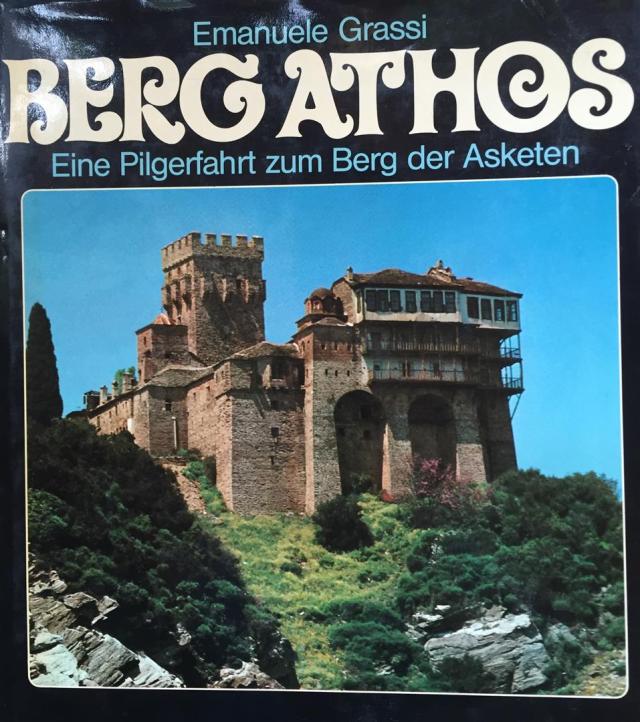 In Grassi’s book I found this picture from Nea Skiti:

And when you zoom in you’ll see this:

A lighthouse ! The monks of Nea Skiti confirmed to me that there used to be such a lighthouse in sea.

Read more about the fire that took place that same afternoon on post 1764.