1872 – the cell of St. Nicholas Burazeri near Karyes 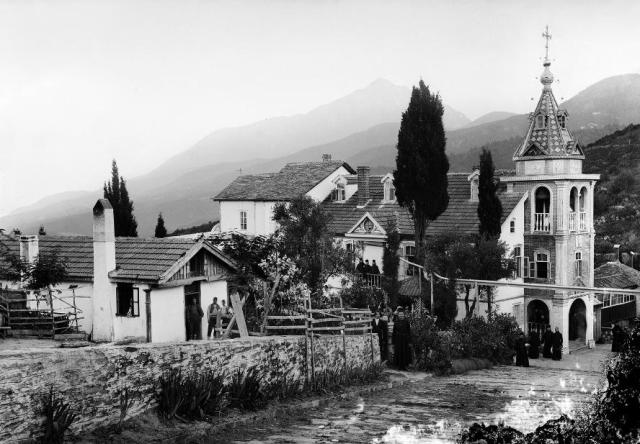 In post 1287 I published some historical pictures from Athos, including the one from the beginning of 1900 of the cell of St. Nicholas Burazeri in Karyes.

I did not know where to find this cell, but Giannis told us already in post 1713 that is was to be found on the road between Karyes and Stravronikita. Despite these clues I never found the exact location of this cell. By its shape it was obvious that the bell tower has a Russian architectional style and if you look at its surroundings, it was also obvious that is situated near Karyes, but no settlement known to me near Karyes fitted this discription.

On my last day of my 2015 visit to Athos, just before I had to take the 10-o’clock bus trip from Karyes to Dafni, I finally found the Burazeri cell, although I could hardly recognize it, because of the different looks it nowadays has and because the characteristic bell tower was no longer there!

According to me the bell tower would have been located at spot X at the plan above. I found some old pictures on the internet to prove this: 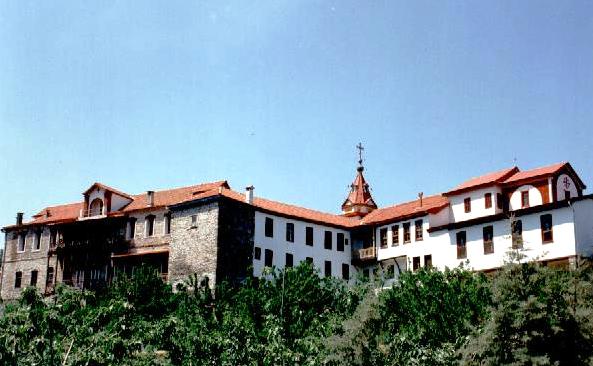 Two undated colour pictures and one black and white picture of the Burzeri cell with the old bell tower still standing: 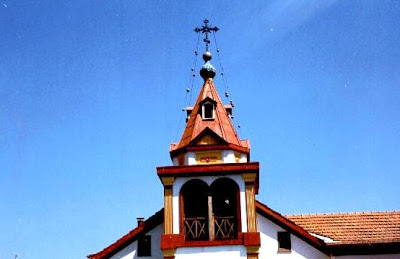 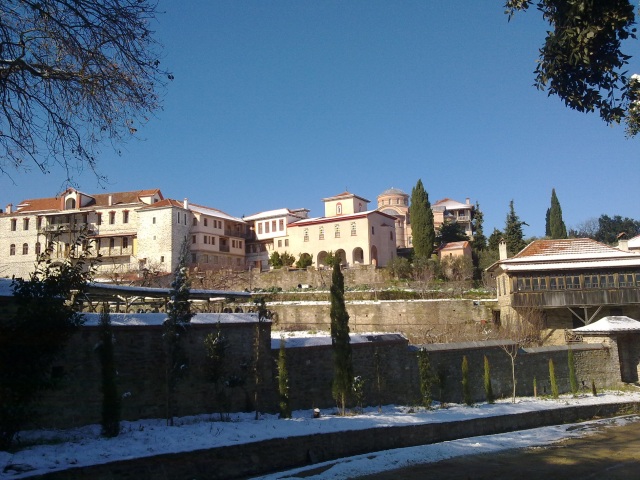 Here you see a more recent picture in the winter time: the building on the left with the balconies can be found in both pictures above, building C on the plan, but on the colour picture above the bell-tower is missing. Seen from the road to Karyes (spot F on the plan). 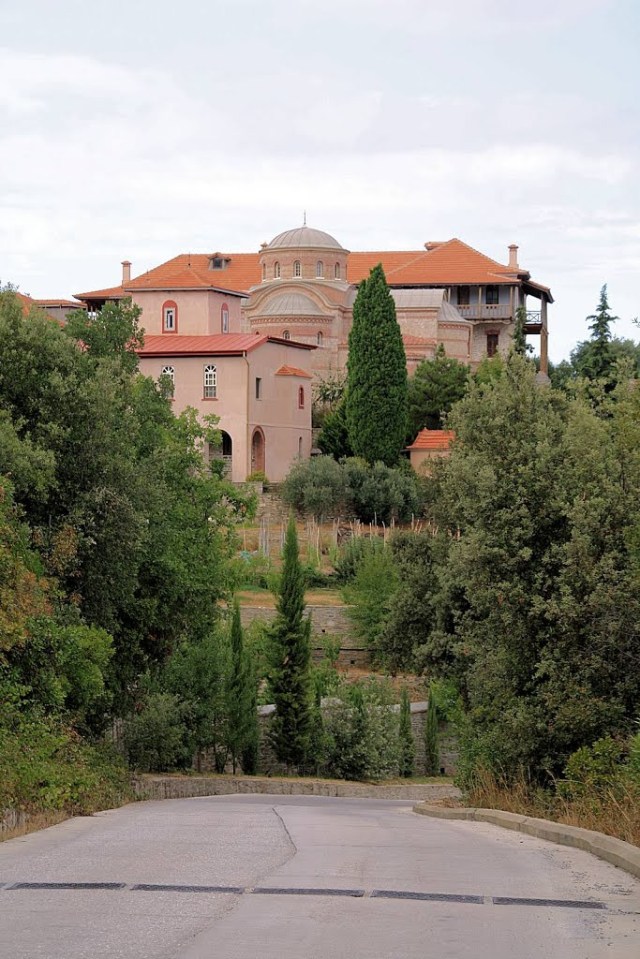 On the recent pictures you can see a new (classical Athonite) church (building B op the plan, again seen from spot F).

I think this church must have been build quite recently, because on this plan from Google maps, dating from 2003, it looks like it is not in situ yet. And it is sure that the bell-tower was already demolished at that time. 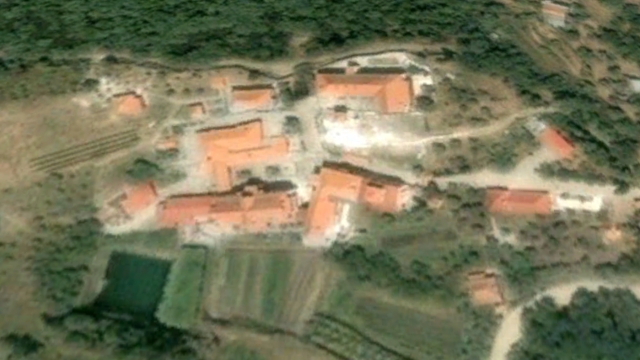 Aerial of St. Nicholas Burazeri before the main church was build.

When I arrived on September 27th 2015 I first had to open this door (spot A on the plan). I walked from Stavronikita to Karyes and passed the cell – at the yellow marker/flag on the left.

The new(?) church at Burazeri cell

Here building C is on the right. On the left side would have been the place where the bell-tower would have been located. A very hospitable monk invited me in have a quick look inside and he showed me the Ag. Nicolaos chapel in this building. I did not make any pictures inside, unfortunately. Maybe the picture below is form this chapel:

Another picture of the cell: building D on the plan.

On leaving the cell: a beautiful view on the landscape and the mountain.

I resumed my trip to Karyes and left the cell at spot E: a beautiful monopati leads all the way to Karyes/Skiti Andreou.

This sign is placed and the path form Karyes and leads you to the Burazeri-cell, Stavronikita and Iviron.

Not far from the sign on the path to Karyes this concrete factory showes up: not everything on the Holy Mountain looks fine ……

I wonder if it is possible to sleep at this beautiful and quiet kellion near Karyes. Does anyone ever tried this? Read more here.

This entry was posted in Karyes, kellia, trip 2015, walking. Bookmark the permalink.

2 Responses to 1872 – the cell of St. Nicholas Burazeri near Karyes