In post 1503 I showed you some pictures of the German Wehrmacht on Athos during the Second World War. Today I found two more, with monks and soldiers posing in front of the camera. All photo’s seem to be from the same photographer: I wonder who he was and who these these soldiers were?

The following five images are etchings from a French origin: the first one shows an old image of the capital Karyes.

The next four are published in Le Tour du Monde, Paris, 1860. Nr 1 is showing a “confession”. The second is  from an Igoumenos – abbot of Iviron monastery: the engraved portrait is created by Pelcoq after photo of unknown author. Image nr 3 showes the phiale and katholicon from Lavra. The last one is from the Protaton: saint George fresco, created by Pelcoq and Proust after fresco of Manuel Panselios. 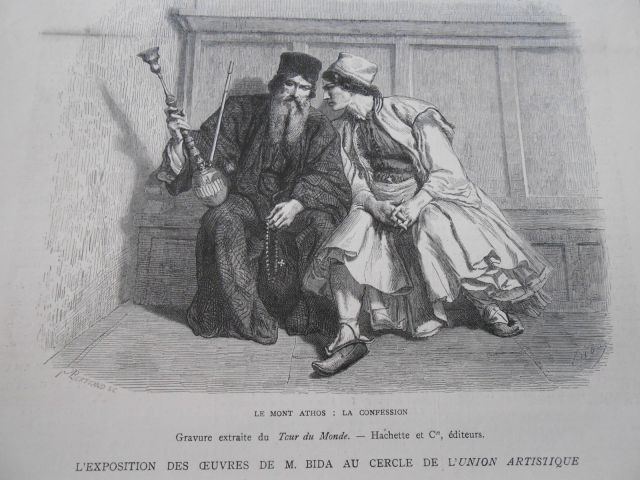 The next lithograph of an Athos abbot is even older, dating from 1857 (from Auers, Zeitschrift Faust, Leipzig ). 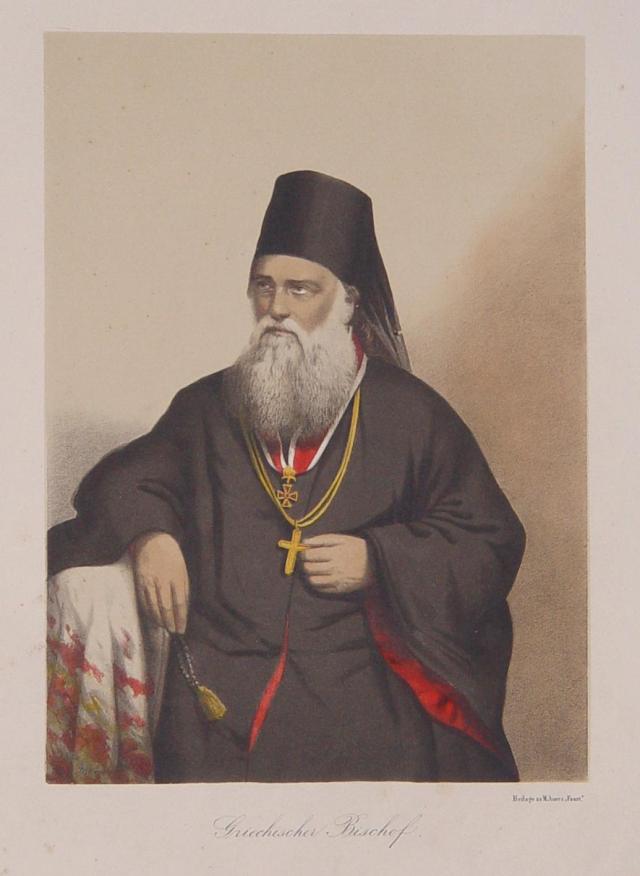 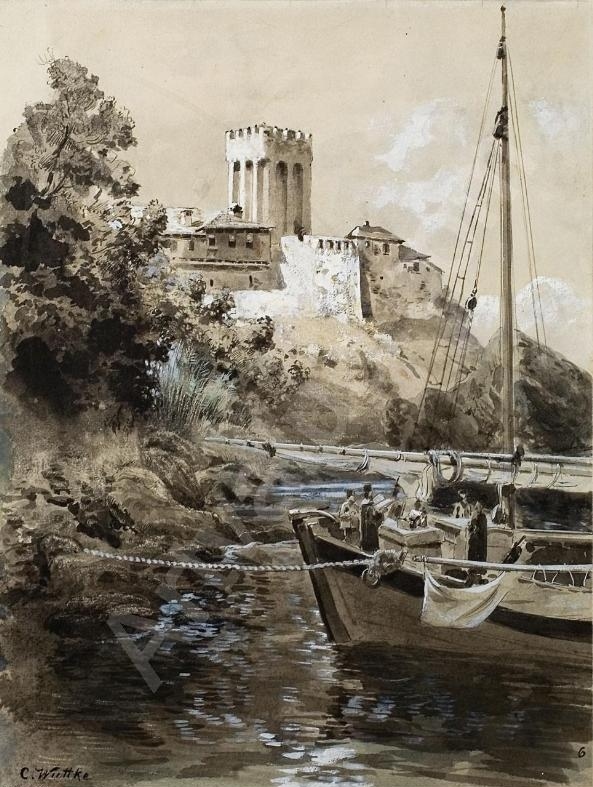 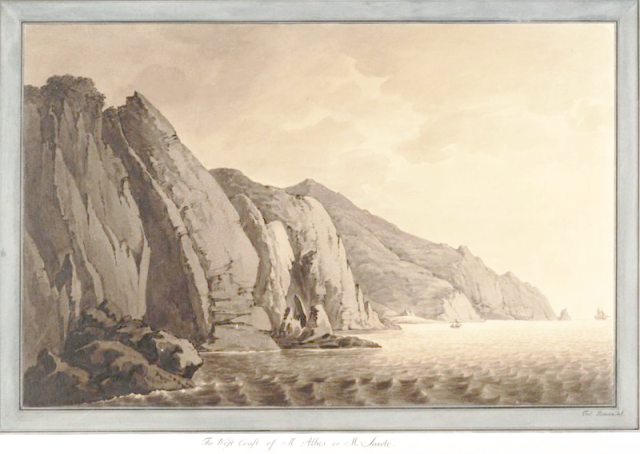 This entry was posted in art, war and tagged etching, Second world war. Bookmark the permalink.