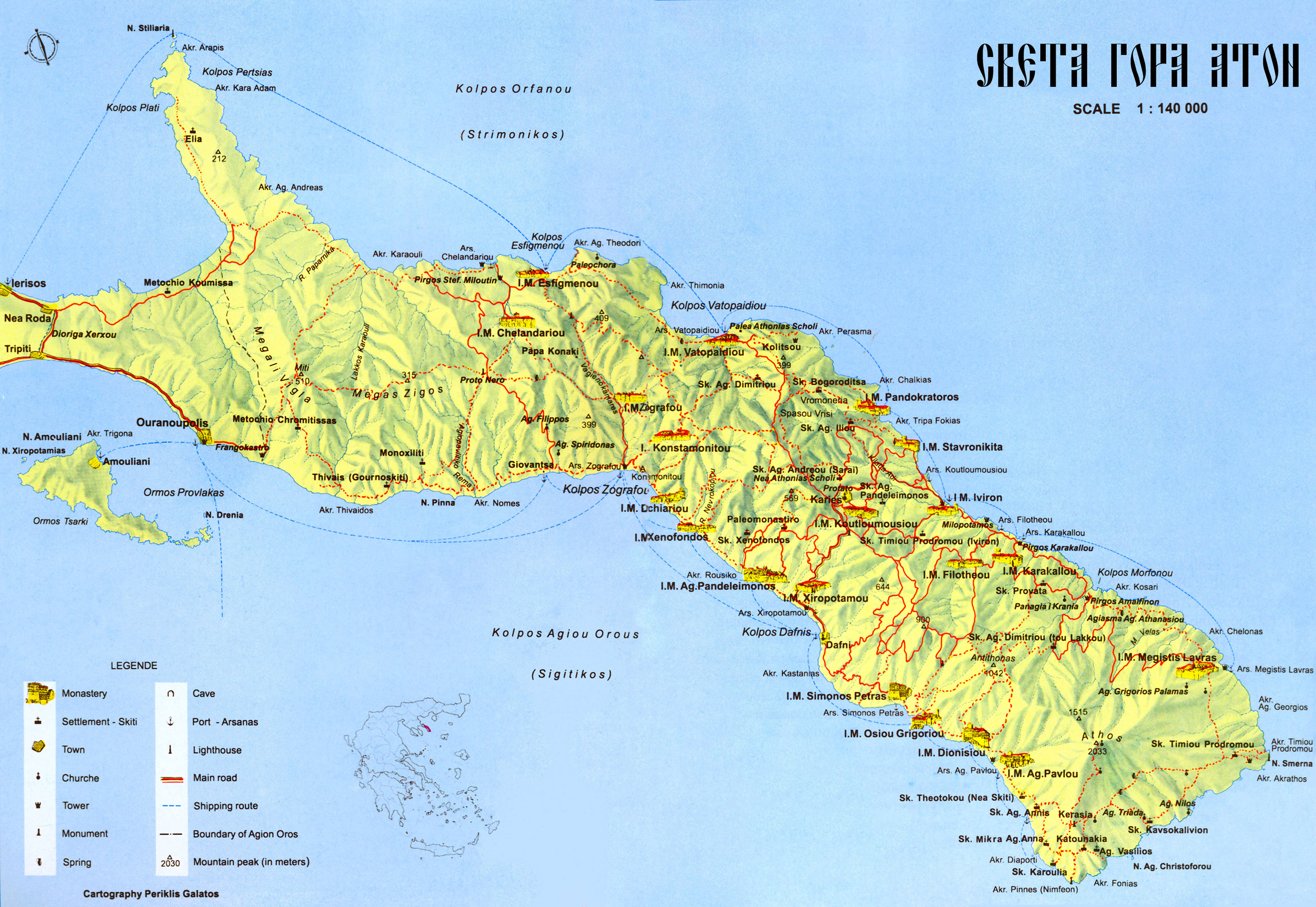 This map showes some footpaths (……..) which I fear are no longer there. Reason is the continious bulldozering of the paths replacing them by dirtroads.  For years now the path from Lavra to Iviron is one long dirtroad, not interesting enough to go on foot.

Most of the paths around the mountain itself are still there and beautifull to cross. There are still paths accessable from Grigoriou and Simonas Petras over the ridge to the eastside of the peninsula as to be seen on this map. But a good chance is that nature has taken over and that these trails are overgrown by vegetation. It is still possible to walk from Dionysiou over the ridge to Filotheou or Karakalou as my brother did in 2009.

This entry was posted in maps, walking and tagged footpath, monopati. Bookmark the permalink.

1 Response to 1460 – map with forgotten footpaths