Before darkness fell over the monastery, we had some time left to have a closer look at the ossuary or osteofilakio.

Just outside the gate you will find a fine terrace overlooking the sea, where pilgrims have a talk with the monks and smoke a sigarette. Behind the open window there is a small shop, selling religious things.

The monastery Dionysiou with the terrace on the right, near the ossuary 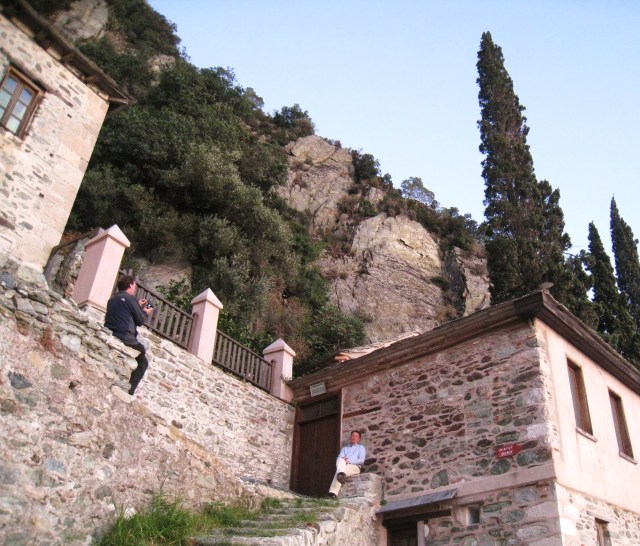 The Koimitirion – “a place to sleep” or cemetery. For us it was a place to rest. The red sign showes the path to Ag. Pavlou.

The entrance to the Koimitirion, build in 1375, with a beautifull mozaic of pebbles on the floor. 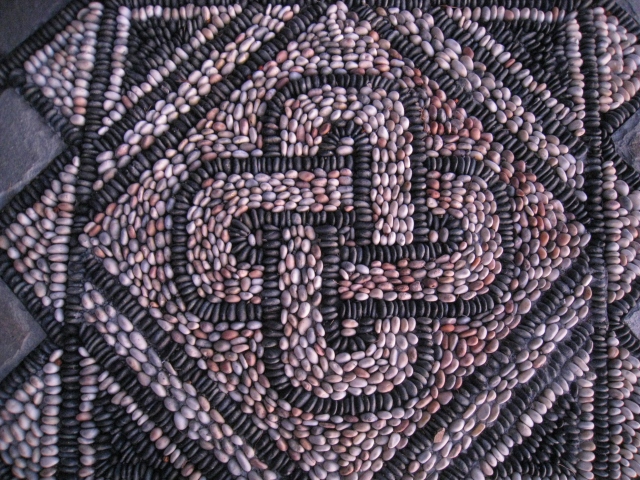 Behind the Koimitirion building we found the shrine,with fine copper doors. We were not sure if the doors did open….

The copper doors of the shrine.

But they did! Looking inside we found the burial place of St. Niphon, a Patriarch of Constantinopel, who lived and died in Dionysiou.

“Linked with the Dionysiou Monastery is the important figure of St Niphon, Patriarch of Constantinople, who became a monk of Dionysiou in the mid 15th century and after many vicissitudes returned to the monastery of his repentance where he lived until his death”.

On the left side of the shrine there is a wall painting of Ag. Dionysiou

And on the right side of the shrine a painting of Ag. Niphon himself I presume, but I am not quite sure, because his name is not on the picture. Look at very fine clothes with flowers he is wearing! 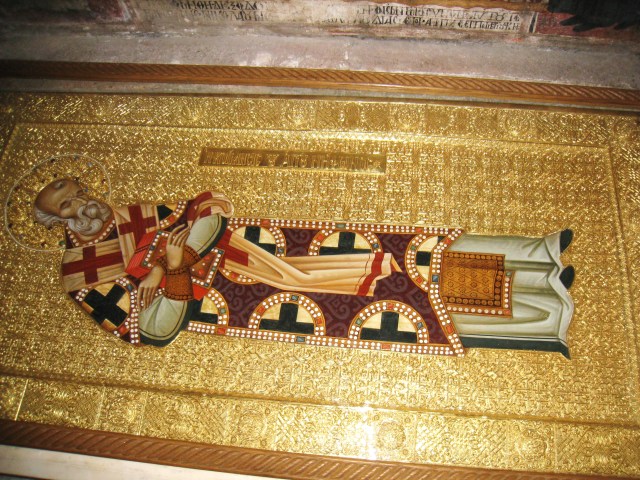 The shrine Ag. Niphonos: he does resemble St. Nicolas, with his bold head, his beard and with his book in his hands! For more information read here.

This entry was posted in 05 Dionysiou, trip 2009: Wim's group. Bookmark the permalink.