The ossuarium of Dionysiou, where they keep the bones of the deceased monks 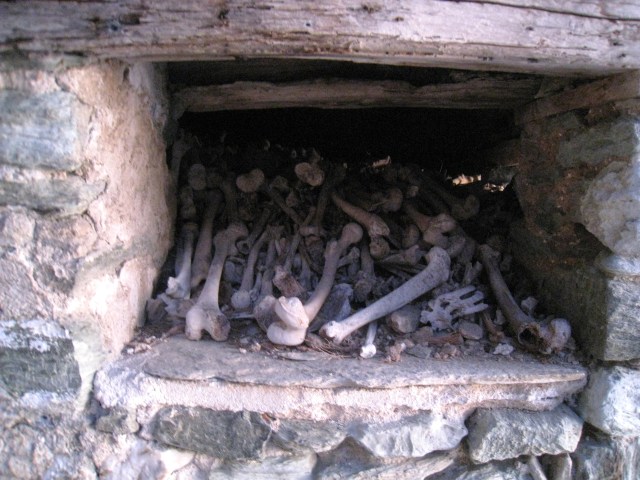 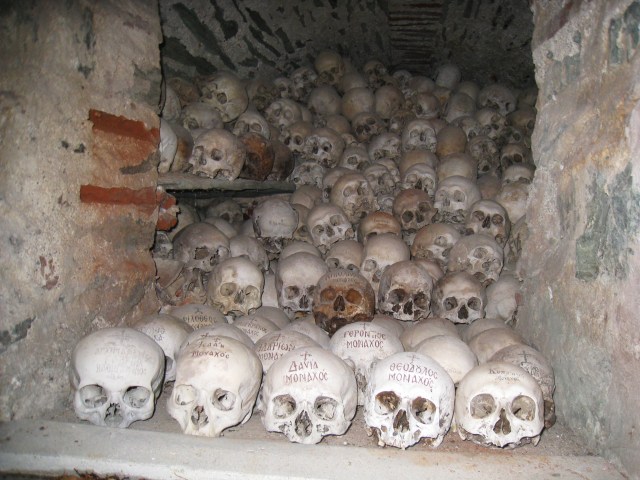 There is room left in this part of the building, where skulls are piled up. Some of the skulls have the name of the monk written on their forehead. 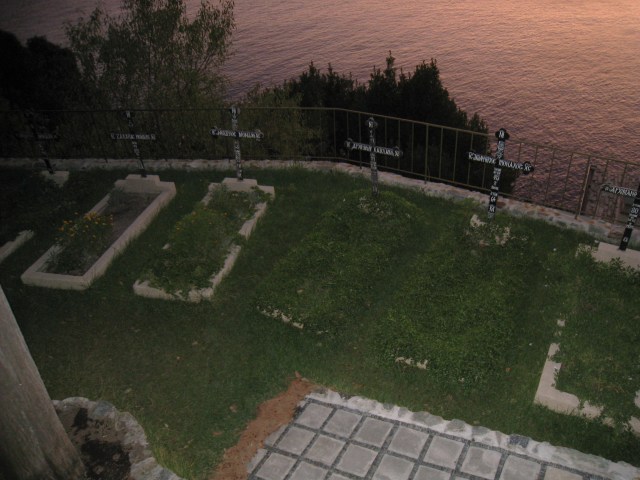 The cemetary of Dionysiou with graves. Lack of space forces the monasteries to dig up the skeletons after a couple of years and they put the bones and the skulls in the ossuary. It also gives the monks a possibility to check if the dead monk maybe led a holy life during his stay on earth, because if the bones look yellow and if they smell sweet, the deceased monk must have been a saint!

The cemetary and the way back to the monastery

A grave of a monk, just before dusk.

This entry was posted in 05 Dionysiou, trip 2009: Wim's group and tagged skulls. Bookmark the permalink.