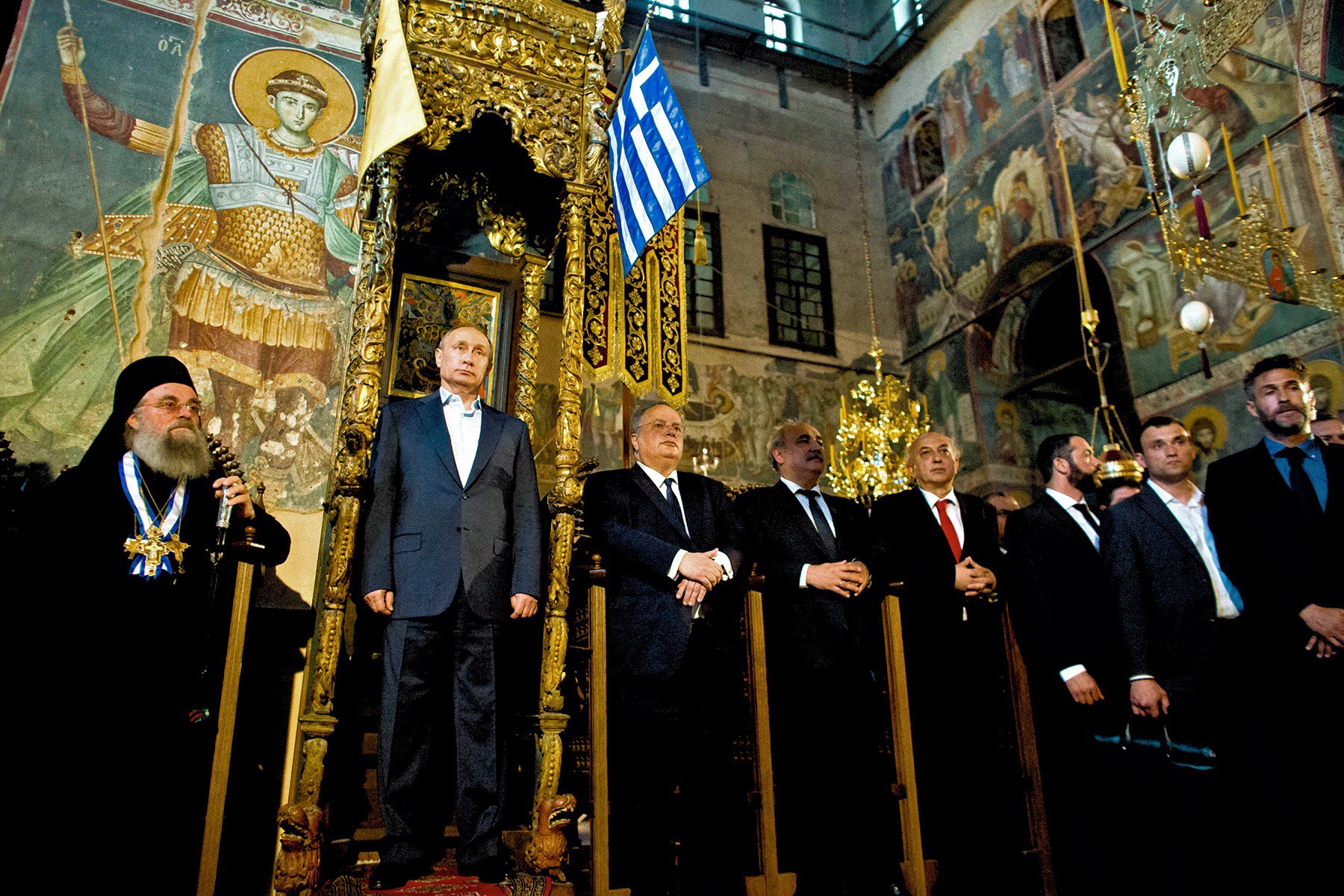 “Putin on mount Athos sat on the throne of the Byzantine emperors, and declared the mountain a source of grace”.

Actually Vladimir Putin did not sit on on an emperor’s throne, but he was standing in the Protaton church and the throne is a bishop’s stasidion (a choir stall in an Orthodox church, thanks Alex for your comment).

This what Russian press says about his visit to mount Athos (quoted by “Interfax”):

Russian President Vladimir Putin during a visit to the Church of the Dormition of the Theotokos on mount Athos sat in the chair, which previously could only occupy the Byzantine emperors. Putin said about the need to “strengthen the spiritual power of all the Orthodox” and declared the Greek mountain “a source of well-being and grace” for the Russian Orthodox world.

Putin visited Athos, having participated in events in honor of the 1000th anniversary of the appearance of Russian monks on the Holy mountain. On the website of the Kremlin promptly a photo gallery [was shown] and Greek TV covered the trip live. 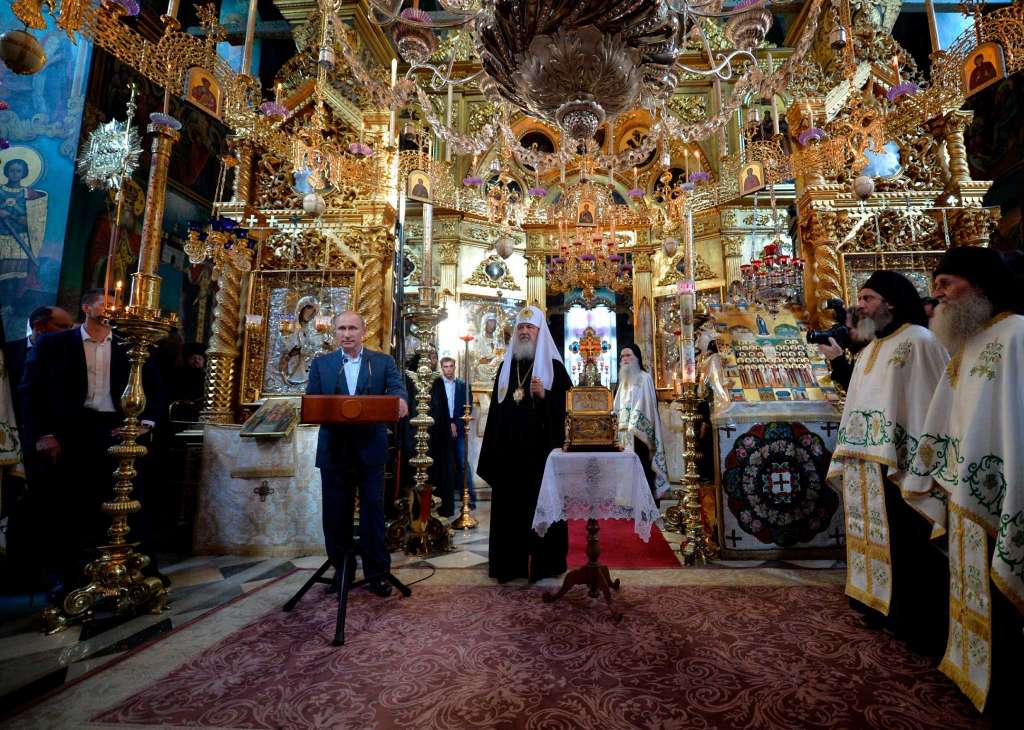 Putin on mount Athos visited the Church of the assumption of the blessed virgin, where was celebrated a short prayer service, during which was prayed with supplication for the health, life and mercy the servant of God of Vladimir with the family and those around him, reports TASS. After this welcome address said the Holy mountain protopectin father Paul.

He also noted that on the Holy mountain is very important and very necessary for the Orthodox world an act” associated with the strengthening of the moral foundations of society: “To a large extent you are the source of well-being and grace”.

The President noted that Russia and Athos have long had a close religious bond, the Athonite tradition played a significant role in the life of the Russian people, and in our days the interest of Russia to mount Athos continues unabated, and more recently with the active participation of the Russian Orthodox Church and philanthropists there is a restoration of historical sites associated with the Russian presence on the Holy Mountain.

The Russian President wished prosperity of the monastery, long life and good health to her brother: “I would Like to thank you Reverend father and the brethren of the monastery for the hospitality and the cordiality with which our meet here compatriots. You show us an example of following the principles of humanity, kindness and justice. These traditional and moral and cultural values are the measure of today’s moral and support for all of us and are important for the maintenance of peace, strengthen Russia, to preserve the unity of the Russian Orthodox Church”. (Quoted by “Interfax”.)

Putin with the Patriarch of Moscow Kirill in Panteleimonos.

These disturbing comments can also be found on the internet: “The Spiritual meaning of the visit. Both the Russian government and the Russian Church is now in need of spiritual support from the Athos elders. The State holds back the tide of the godless Western liberalism, which increases the pressure on Russia in all directions and unambiguously threatens to start a direct military conflict. The Church wages a spiritual war, and is preparing to confront the ecumenical and Renovationist trend at the upcoming Pan-Orthodox Council in late July”.

3 Responses to 1823 – Putin on Athos: the Protaton throne