1929 – Kapsala: the ruined kellion of St. John Chrysostomos – the interior

In post 1922 I showed you the pictures from the exterior of this ruined Russian settlement, that is located near the Maroudá cell (green pin) -see the red arrow on the map above. Today we will take a closer look inside the kyriakon.

The door to the kyraikon, with stairs to the first floor, where the main church is situated.

Not only the debris that covers the stairs makes it a dangerous place to be: you’ll have to be aware not step on a rotten floor or fall in a hole!

The main church: the interior is typical for the Russian architecture on Athos: the walls are painted white, although I found a few paintings just beneath the dome: 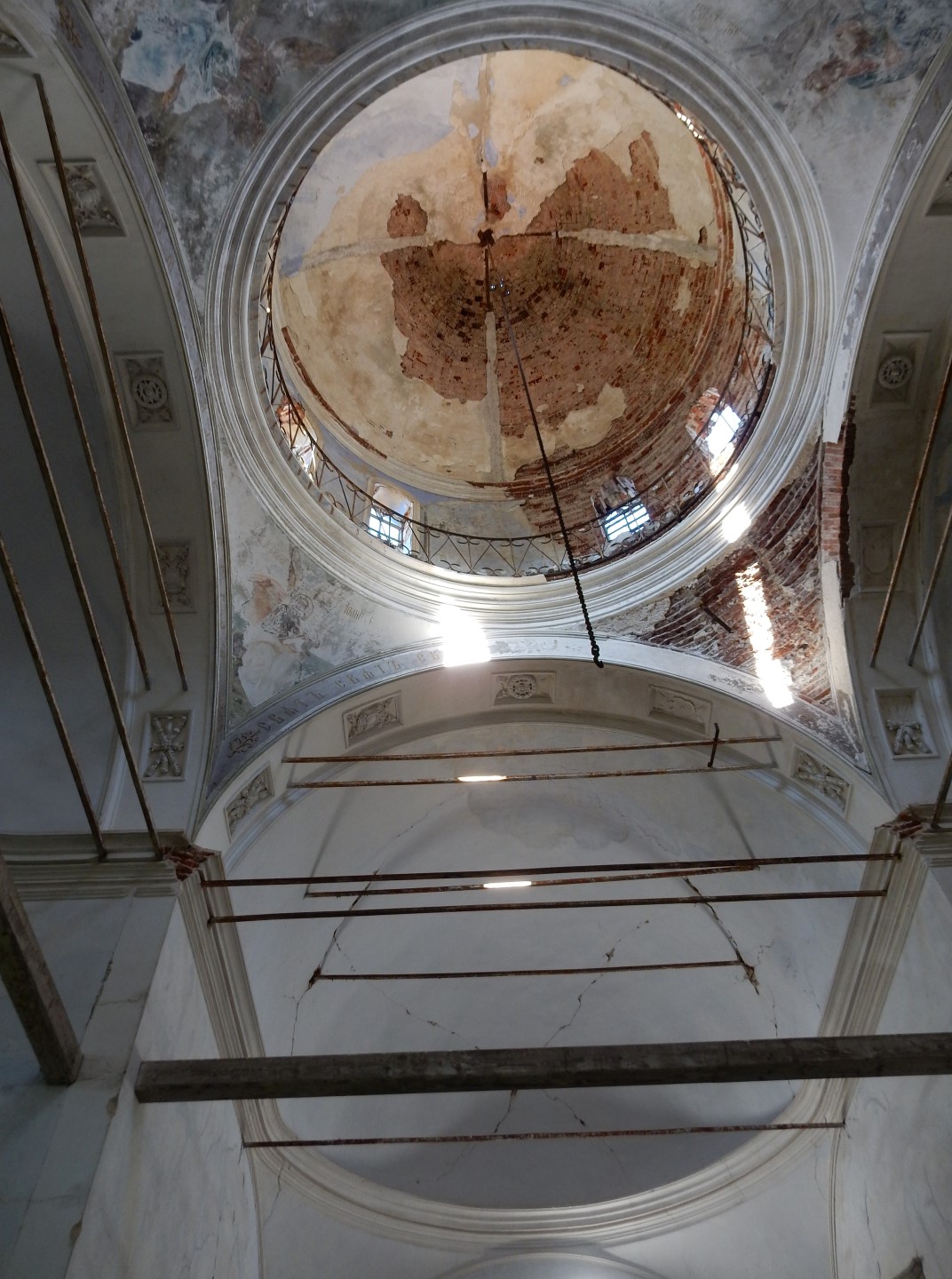 A Saint or disciple writing with pen and paper, with a cow next to him 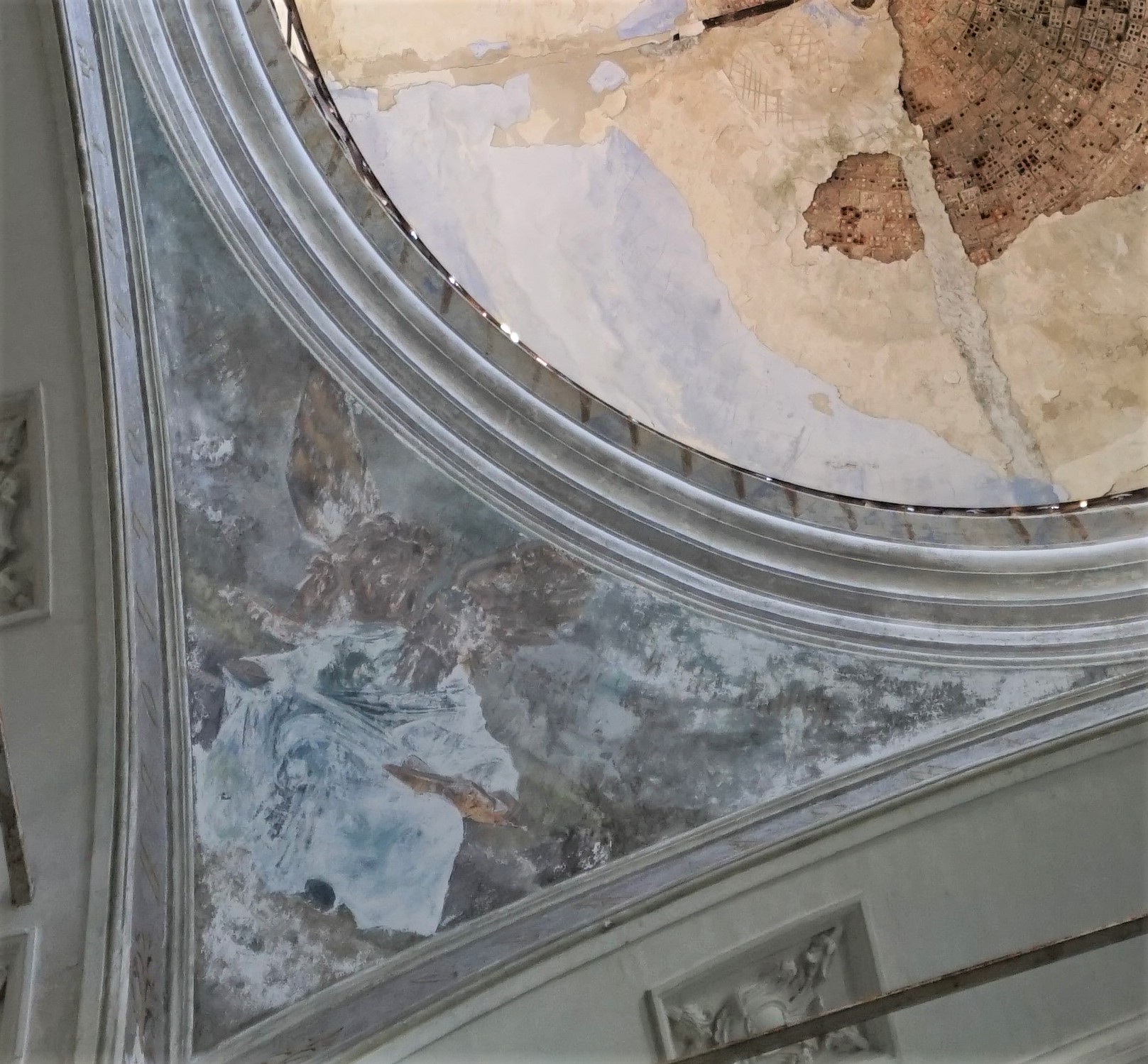 A Saint a large beard and in a white cloth, with a book in his hand (and wings behind him?)

This is what Bertinos comments about the paintings (thanks!): 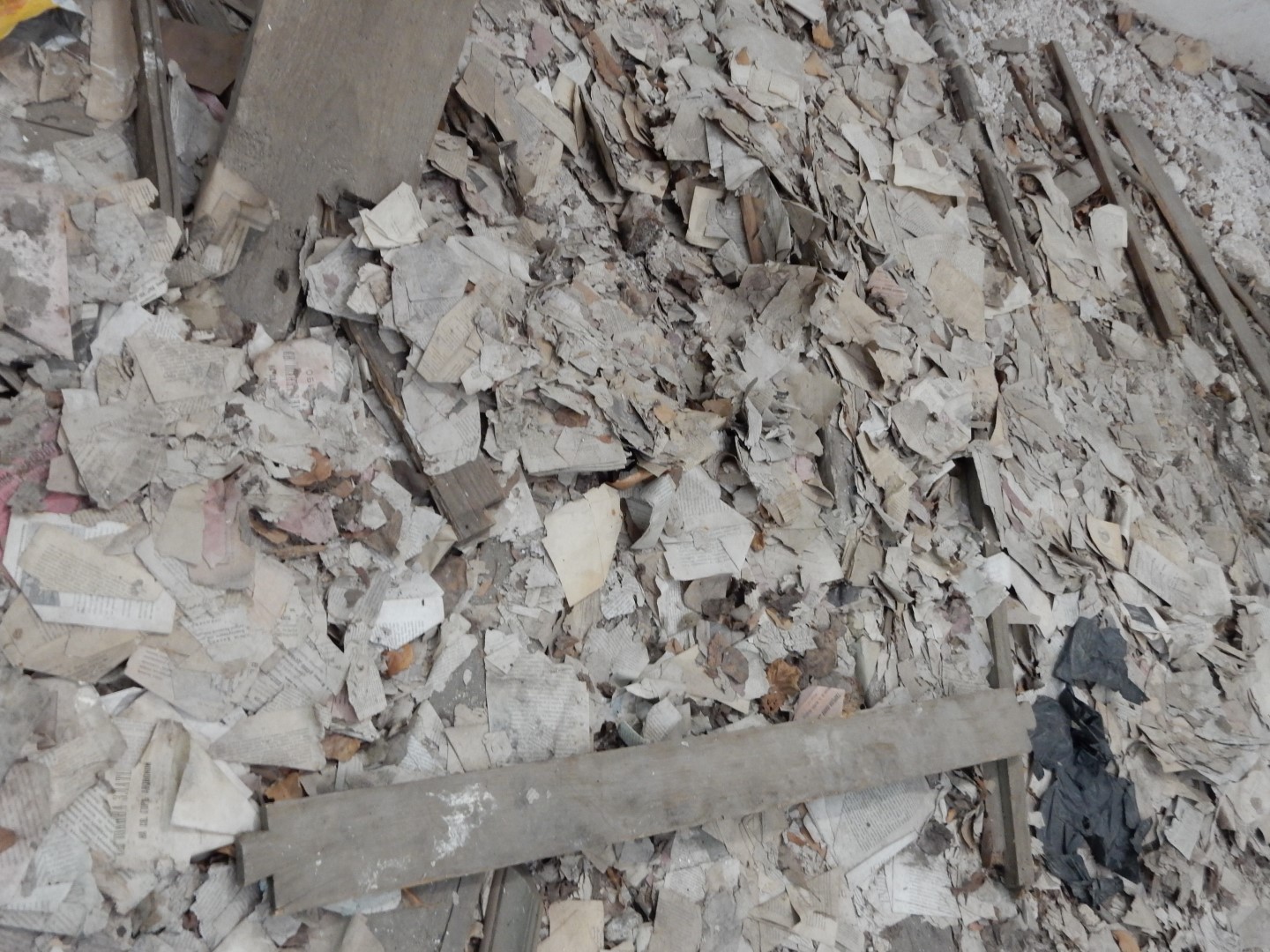 On the floor I found many pieces of paper, almost lost forever because of their state of decay 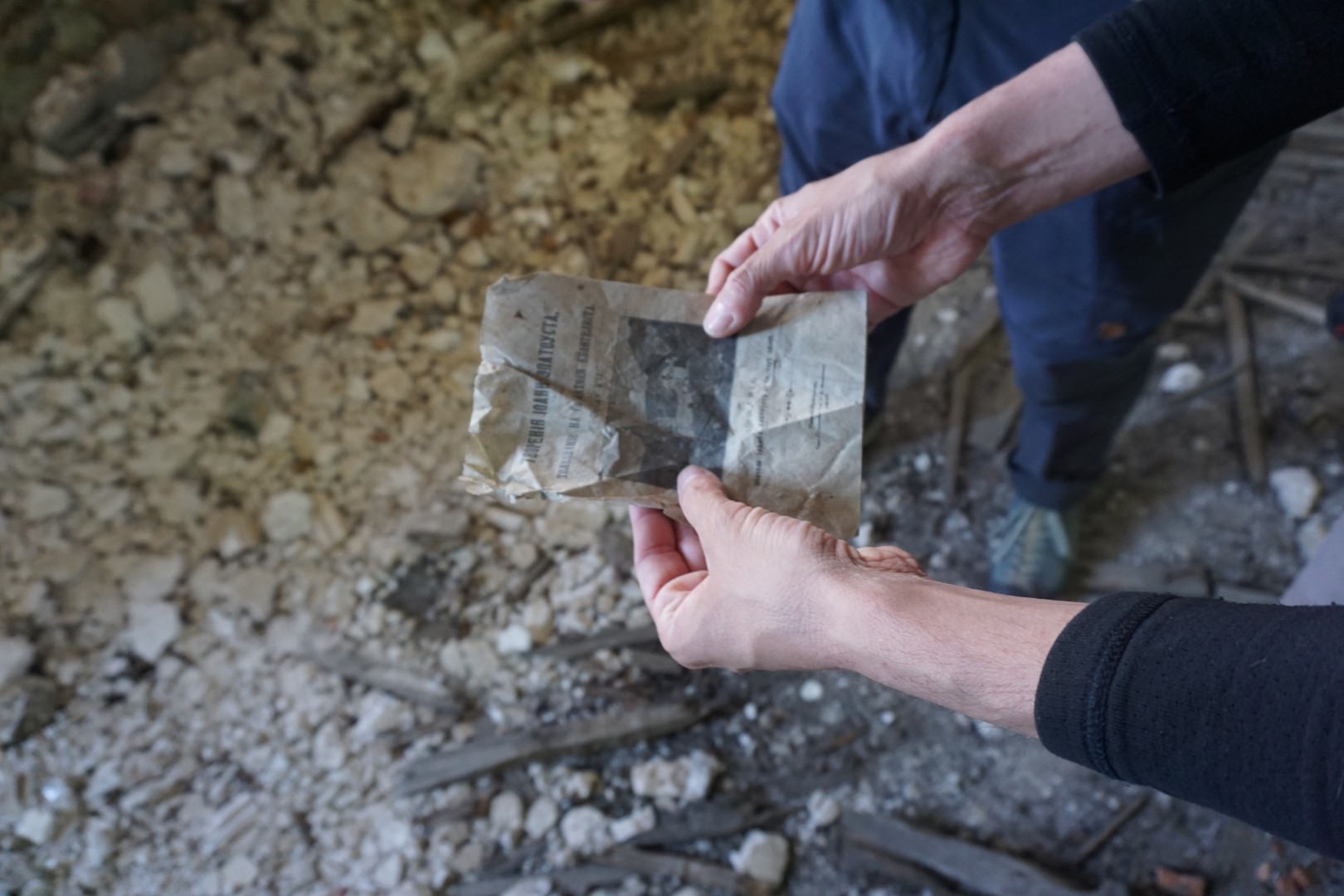 This piece of paper reveiled a picture. When I took a closer look I discovered a picture of the building I was standing in!

The kellion of St. John Chrysostomos, seen almost from the same angle as the postcard below!

The complete “leaflet” from 1907 with its Russian text:

The entrance to the church and the stairways in the background (with Efrem and Jizte). Above them a balcony, that I did not visit because of the danger of collapsing.

A door to a room next to the church 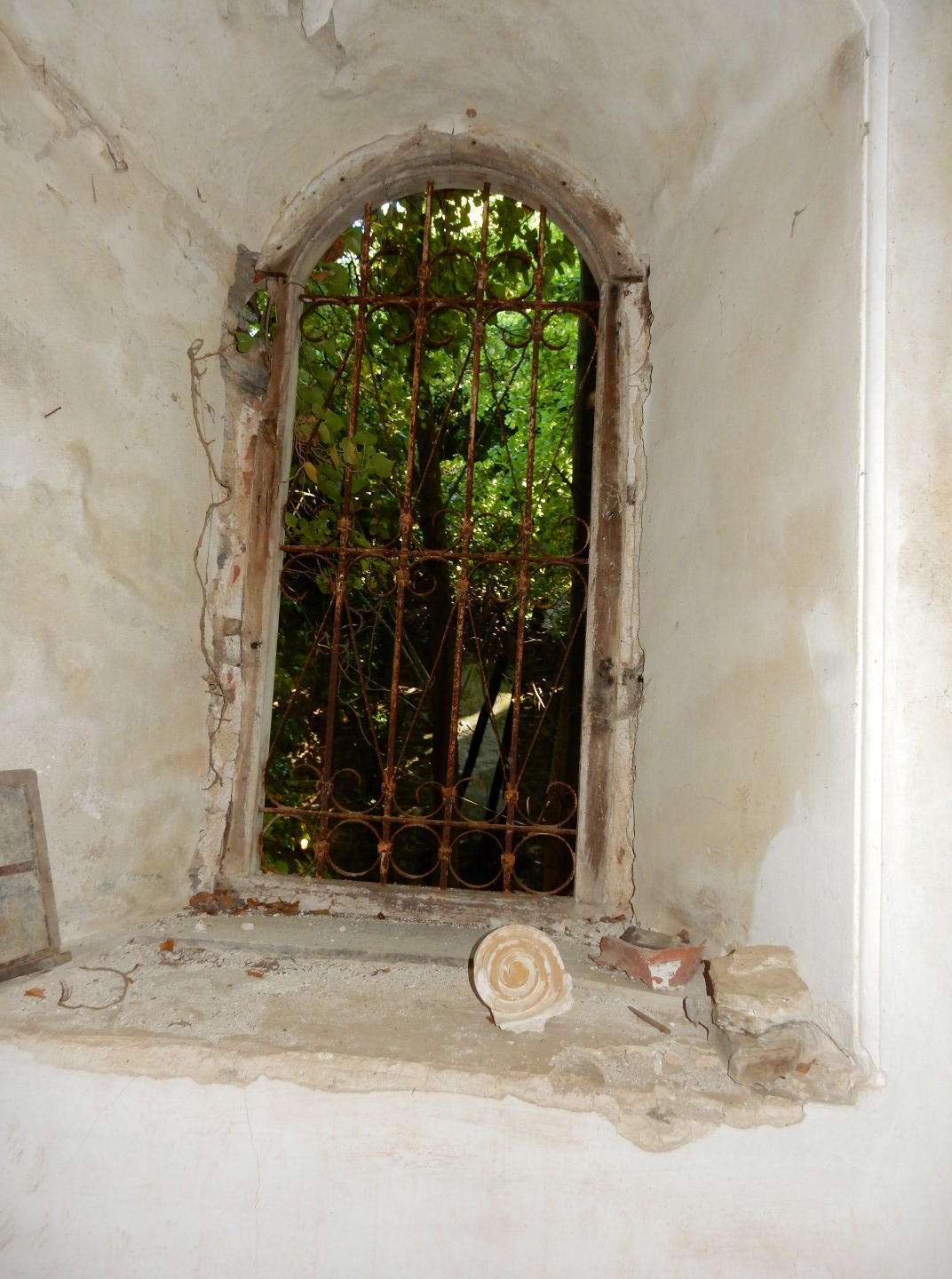 A window in this room, that contained a special cubboard:

More skulls in a niche 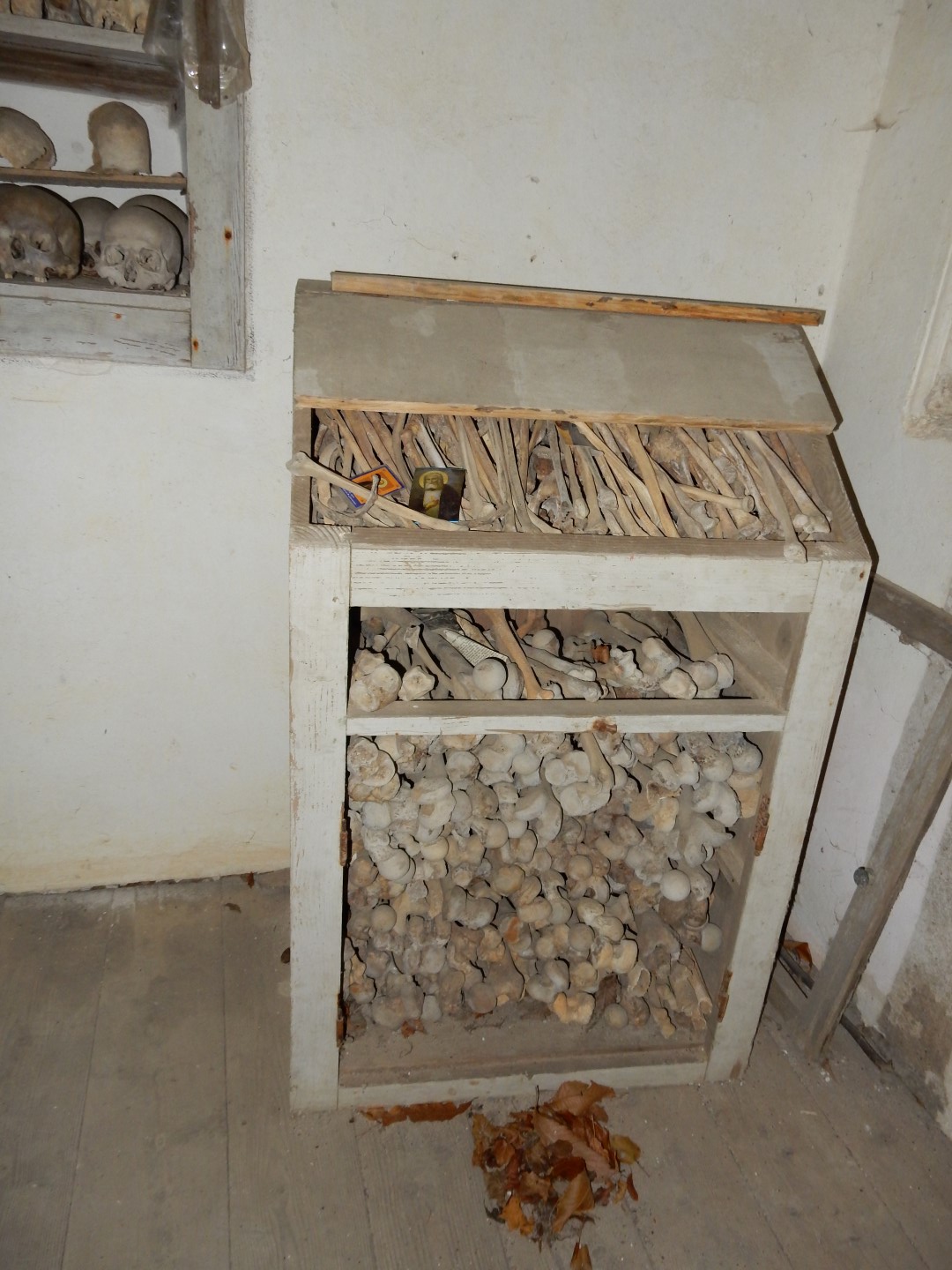 With bones piled up in a cubboard.

Two windows in the side room 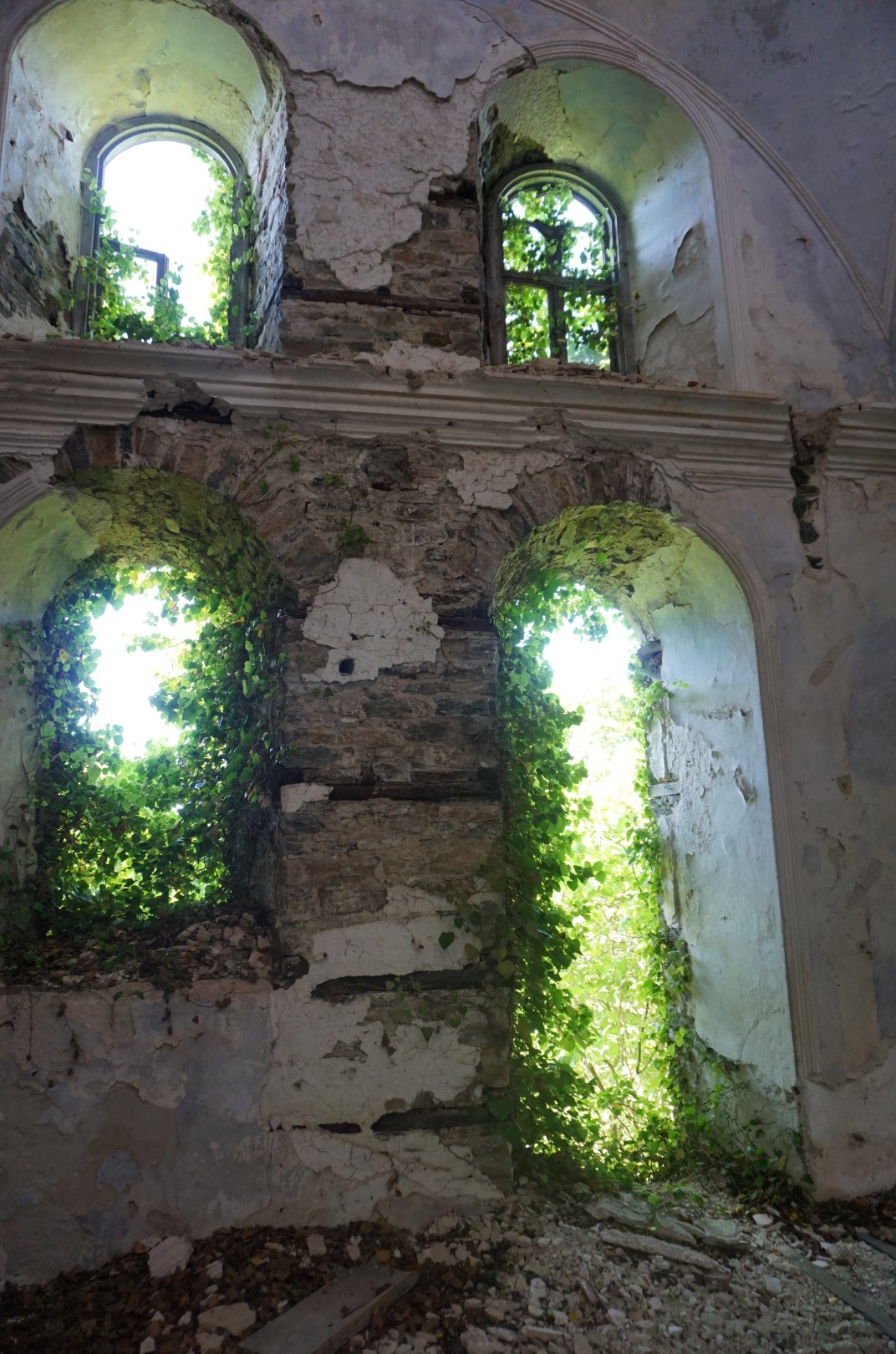 The green “European” jungle outside is trying to conquer the building

A wooden pilar and ceiling

The stairs to the second floor and the balcony: I did not try to go there!

Going down the ground floor 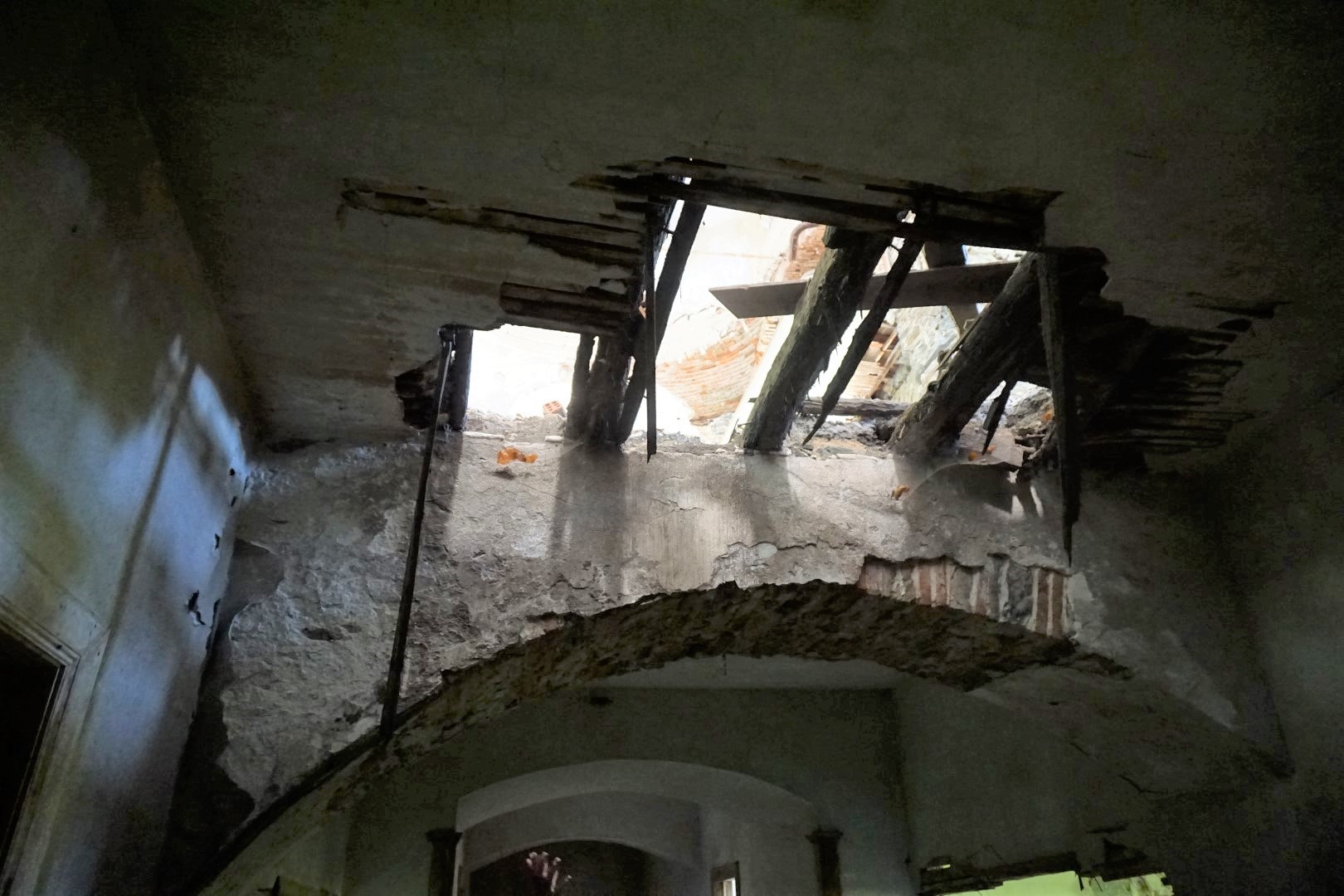 The church seen through a hole, from the ground floor

Me cautious leaving the building. 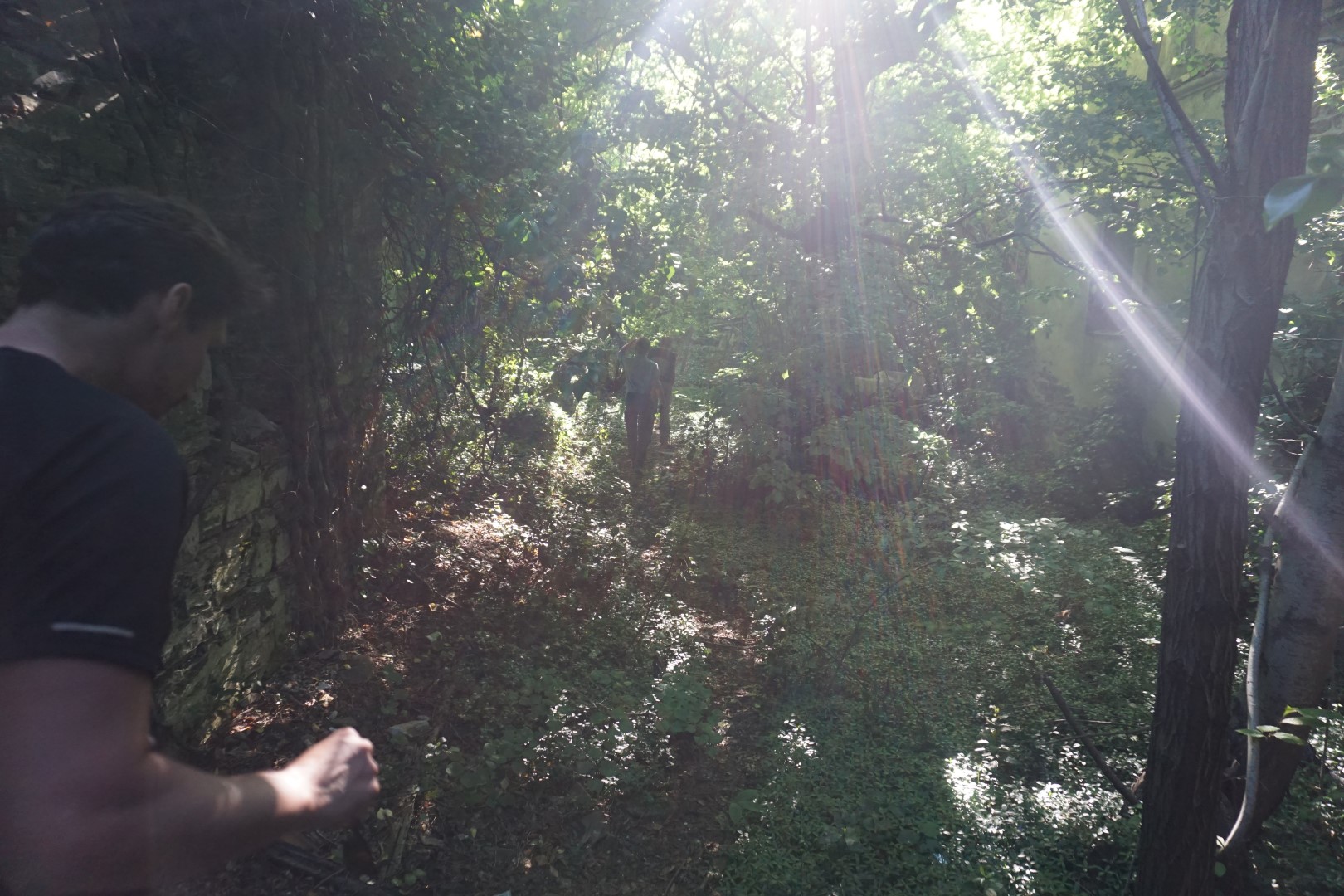 After the visit to this ruin Efrem took us further on a exiting walk through the green jungle of Kapsala. Next time a few pictures of this hike! 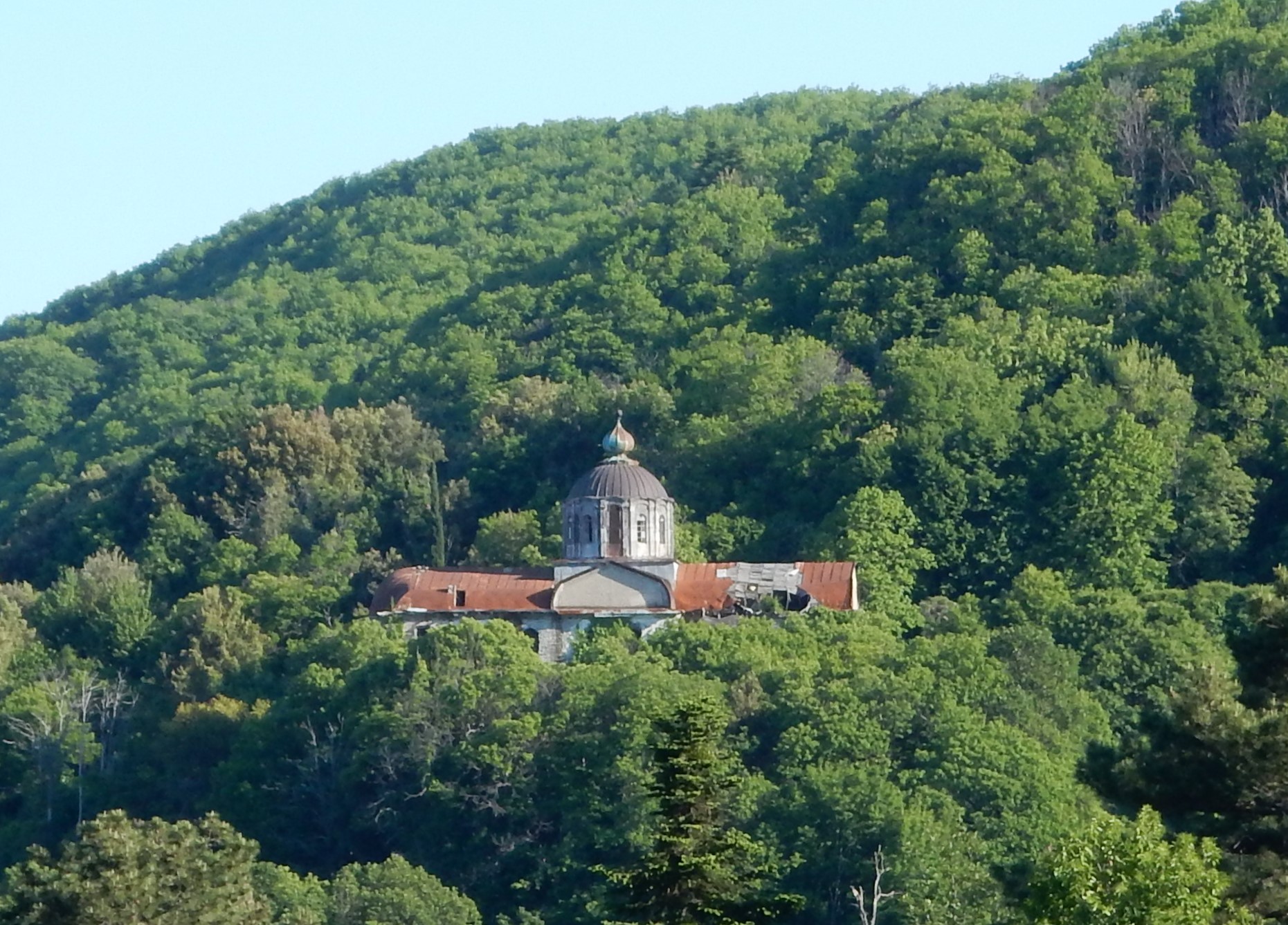 Like Loading...
This entry was posted in kellia, ruins, trip 2017 and tagged Kyriakon, russians, St. John Chrysostomos. Bookmark the permalink.

5 Responses to 1929 – Kapsala: the ruined kellion of St. John Chrysostomos – the interior