To celebrate the bicentenary of Edward Lear (1812–1888) the Ashmolean Museum in Oxford, England had an exhibition which ended  january 2013 covering all aspects of his work. From early natural history illustrations and extraordinary landscape sketches, to the nonsense drawings and verses for which Lear is so well known.

Edward Lear is one of the most notable artists and popular writers of the Victorian period. Although best known for his literary nonsense in poetry and prose, Lear saw himself primarily as an artist. ‘Happy Birthday Edward Lear’ presented his work chronologically, with watercolours, oil paintings, manuscripts, and illustrated books carefully selected to reflect every aspect of his artistic output. Among the highlights are watercolours of animals and birds; sketches made during his travels in Mount Athos, Italy, Egypt, the Near East, and India. 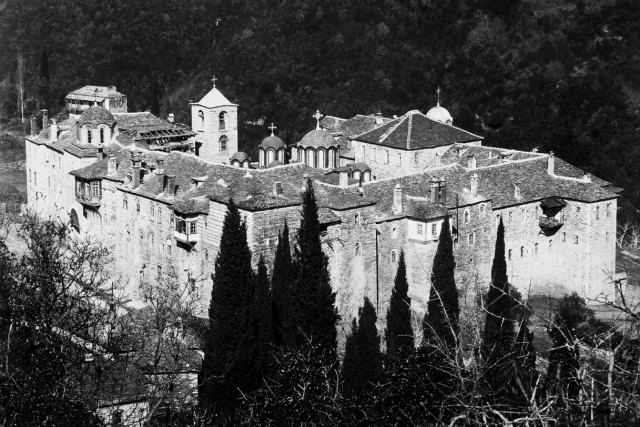 This is how Konstamonitou monastery  looked approximately 100 year later. Notice the damaged roof on the left.