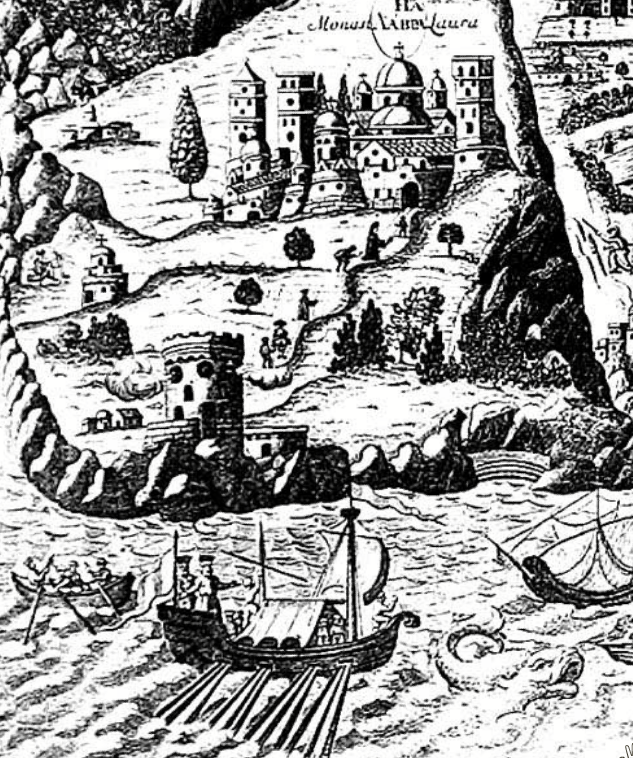 The oldest monastery on Mount Athos: Megisti Lavra with the harbour, the Mandraki tower on the left. Photo late 19th century.

The arsanas late 19th century/early 20th century. The harbour is a natural bay between the rocks.

21th century image with the monastery in the left corner.

This entry was posted in 01 Lavra, arsanas and tagged mandraki. Bookmark the permalink.