In the 1969 book “People” by the Dutch photographer Cas Oorthuys, we find one picture of an old tired Athos monk. According to the captions in the book the picture was taken in 1957. Probably this is a mistake. In 1959 Oorthuys visited Athos with the writer A. den Doolaard. See for that story blogs 649 and 646.

New information 2018: according to National Photoarchive in Rotterdam, where the Cas Oorthuys collection is kept, the travel to Greece took place during the summer of 1957: the article with his pictures is published two yeras later, in December 1959 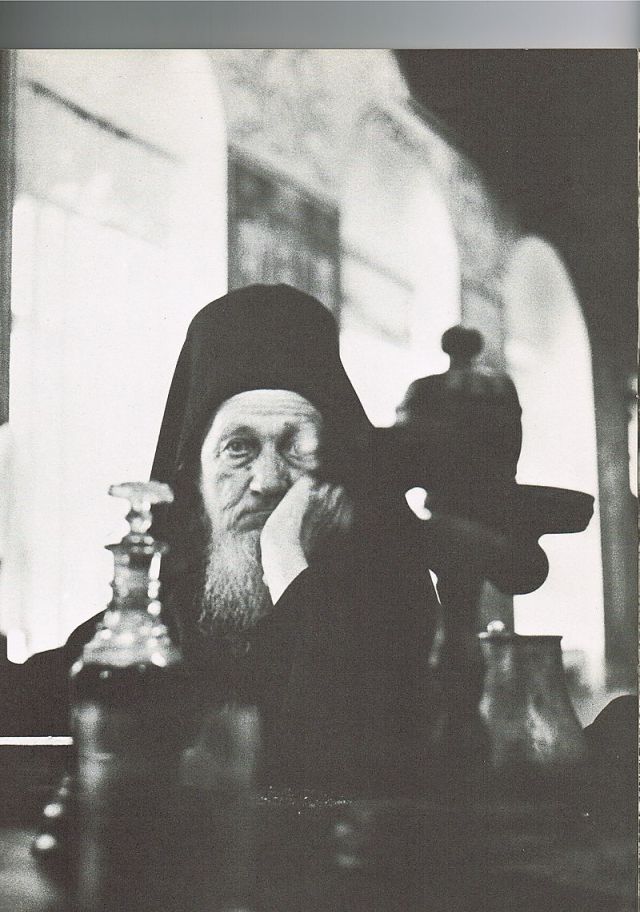 A delightful quote from an early traveler. Christoforo Buondelmonti, 1455. A famous Italian fifteenth century traveler and a pioneer in promoting first-hand knowledge of Greece and its antiquities throughout the Western world. He left Florence around 1414 in order to travel, mainly in the Greek islands. Luckily he did not forget Athos. He was a monk. The man who discovered Athos for the Western public. 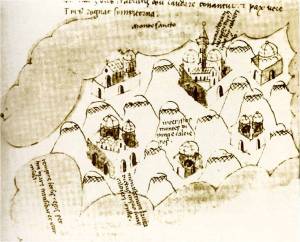 There is a map made by Christoforo.

Happy holidays, I will be off for a couple of weeks. I send you all a postcard from Athos. 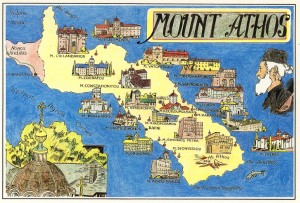 This entry was posted in basic information/reservations, monasteries. Bookmark the permalink.