This time we mainly take a closer look at the interior and details of the tower, which dates from 1512/1521 (thanks Dimitris): that means it is nearly 500 years old.
But before showing the interior I will show you a picture of Google Earth from 2003. It also shows another ruin of a building nearby, some 30 meters left from Kaliagra. 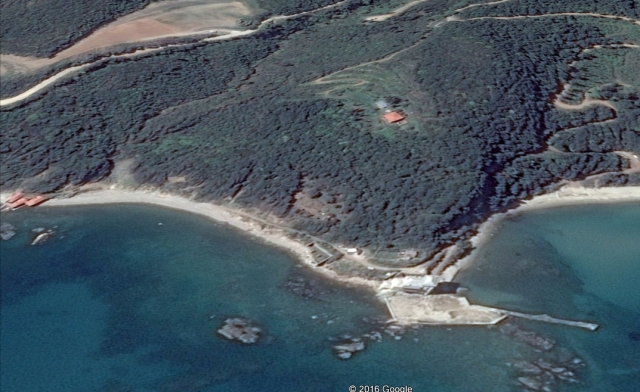 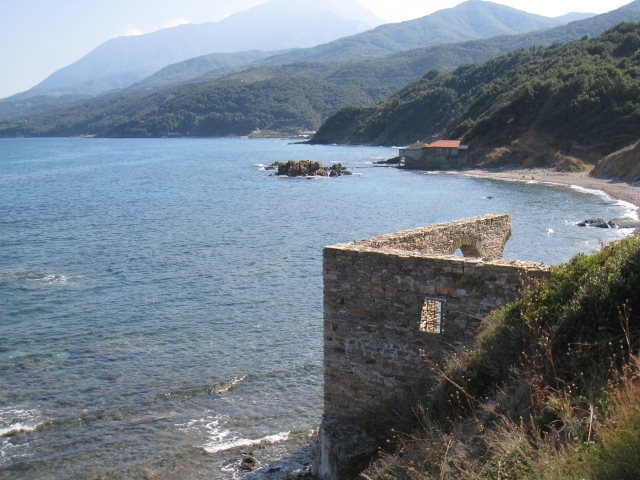 The ruin on the left from Kaliagra, with a house on the background and the buildings of Iviron furtherdown the coast. 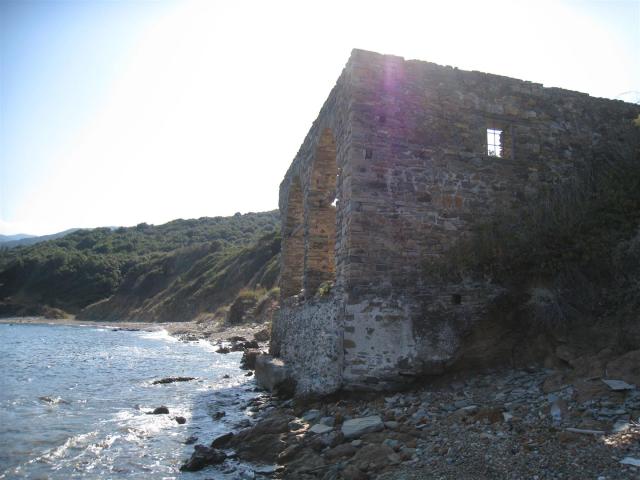 A more closeby shot from this sea site ruin. 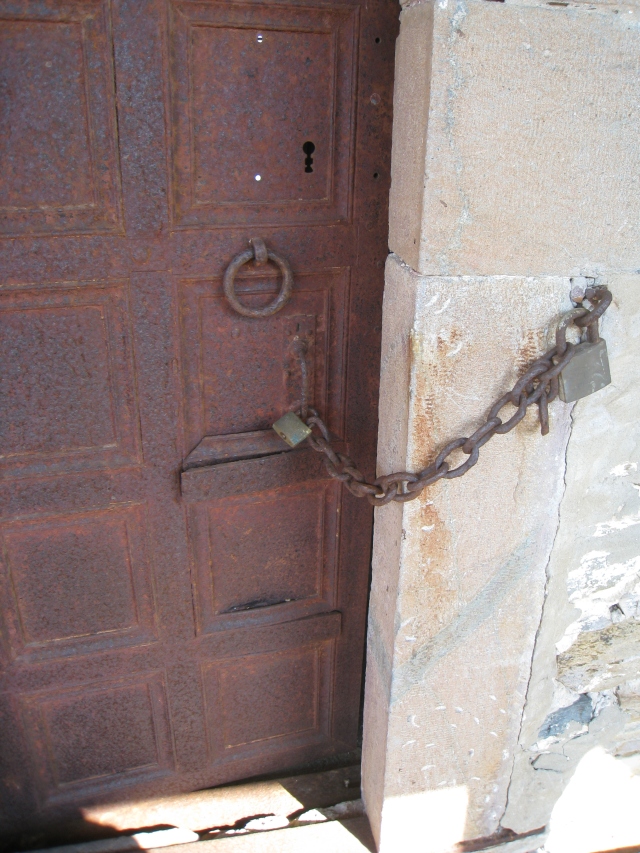 And then we take a closer look at the door (I) at the stairs G (see ground plan post 929). As you can see, it was firmly closed with a chain.

But if you stick your cameralens through the keyhole you can see this: 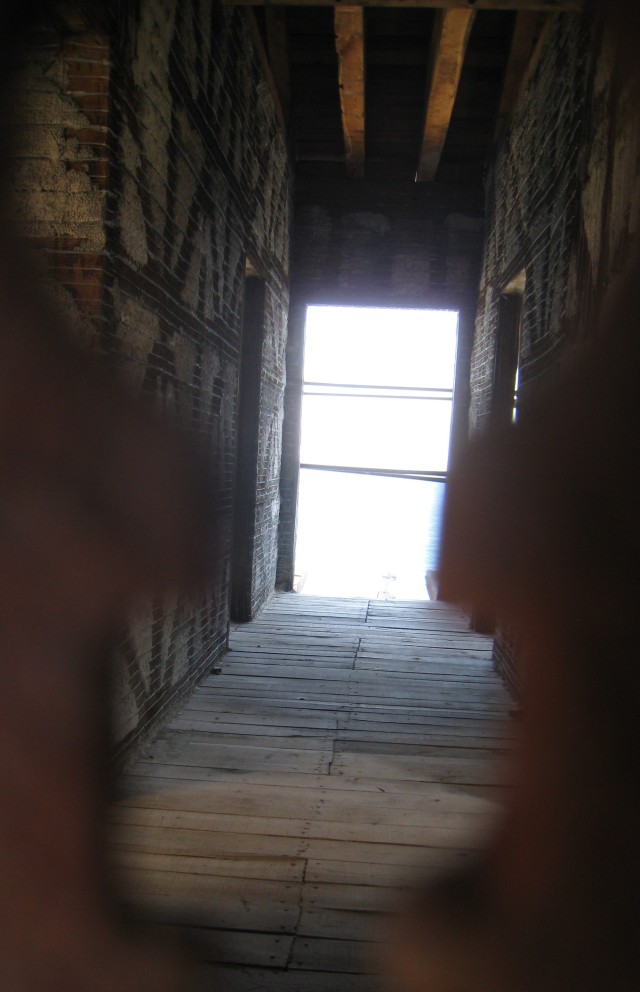 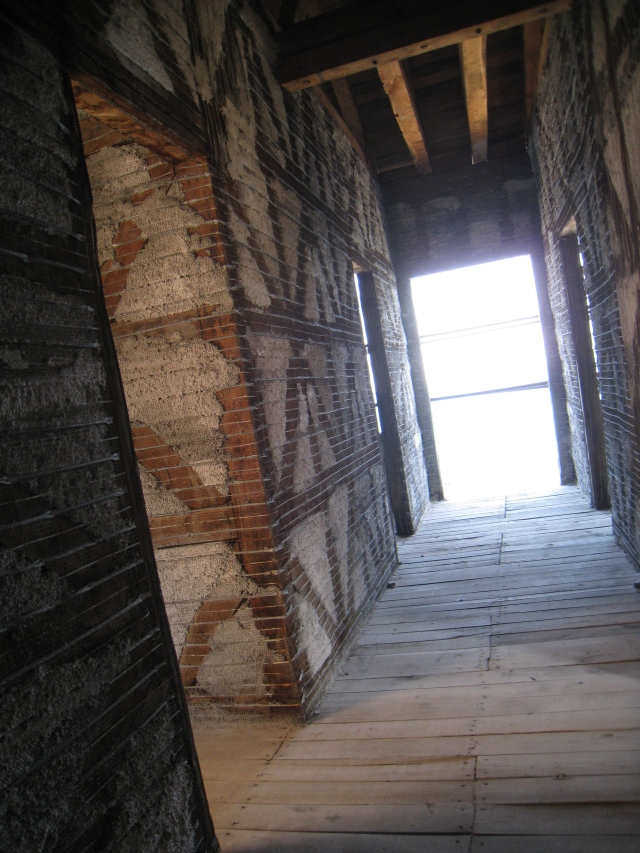 And in more detail you can see the house of the keeper(s) of this building. The door opening on the other site is to be seen on a picture of the second balcony of the sea site (see 929).

Let’s take a closer look at the tower. The rusted iron door (F) at the wooden stairs/passway (H), which is – by the way – easily accessable and relatively new (and save), was not closed and has a monogram above it (I.K.T.M.=Iera Koutloumousiou?). 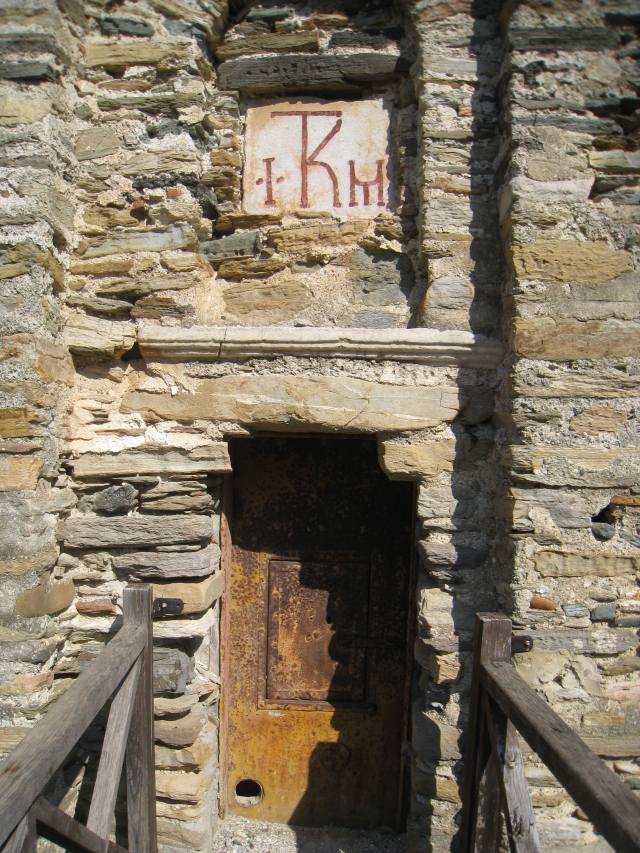 When I pushed the door it I found out it was not locked. Not used to the fact entering uninhabited houses, the next picture is slightly unsharpe: 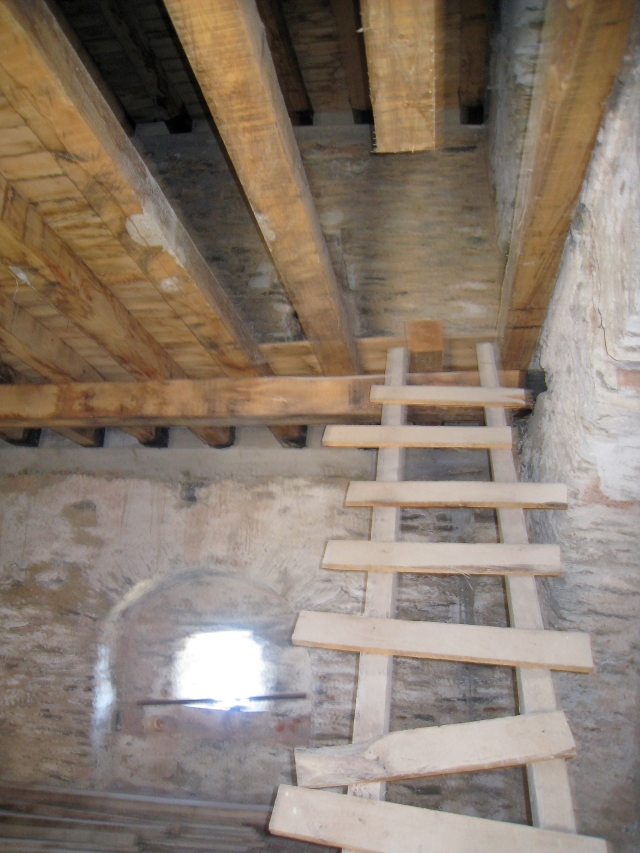 A simple ladder was made to give acces to next floor: a thick bar has been cut to get through!

On the first floor only empty paint cans were found. The “window” on the right could have been the place were the canon was situated (?) – see Dimitris’ comment 27/11 at 929. 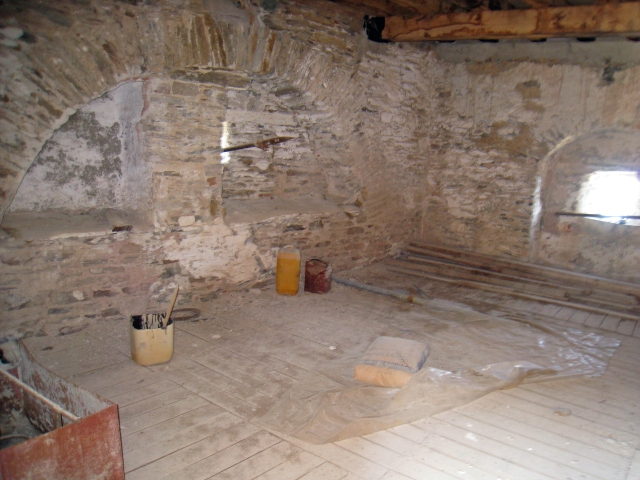 I did not dare to climb any higher then the next floor, where I only saw some old scaffoldings. 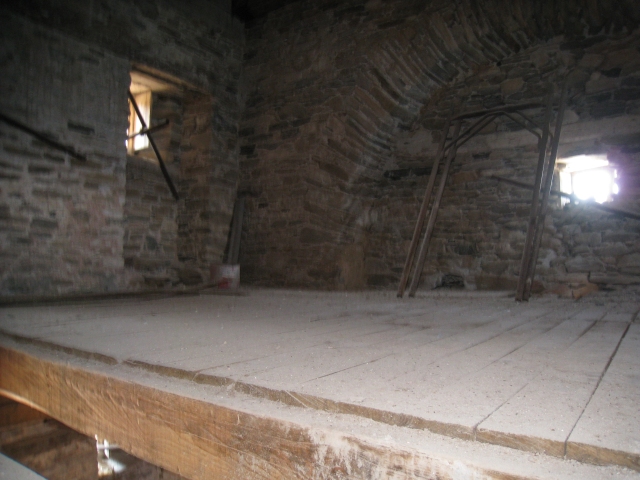 While leaving the tower on my way to the ground floor/the entrance of the old boathouse, the view towards the pier looks like this (with Stavronikita on the background): 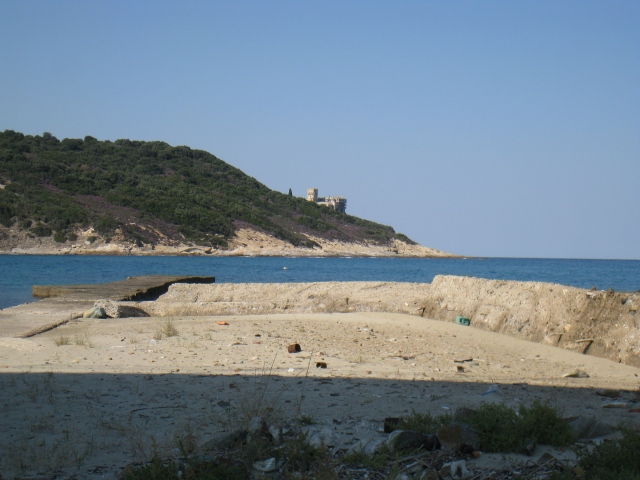 Wim, 27/11 (next time more pictures of the boathouse/interior of the tower)