1908 – Composer Igor Stravinsky was never on Athos and Diaghilev neither

As a devout member of the Russian Orthodox church the Russian composer Igor Fjodorovitsj Stravinsky (1882- 1971) was a keen collector of religious books and objects. Not so much in the early years of his adult life, in the wild years of de Rite of Spring. But later, when he was in his forties’ he reconnected with his faith. In that period he moved to Nice. One of his famous quotes of that period:
“Music praises God.
Music is well or better able to praise him than the building of the church and all its decoration;
it is the Church’s greatest ornament”. 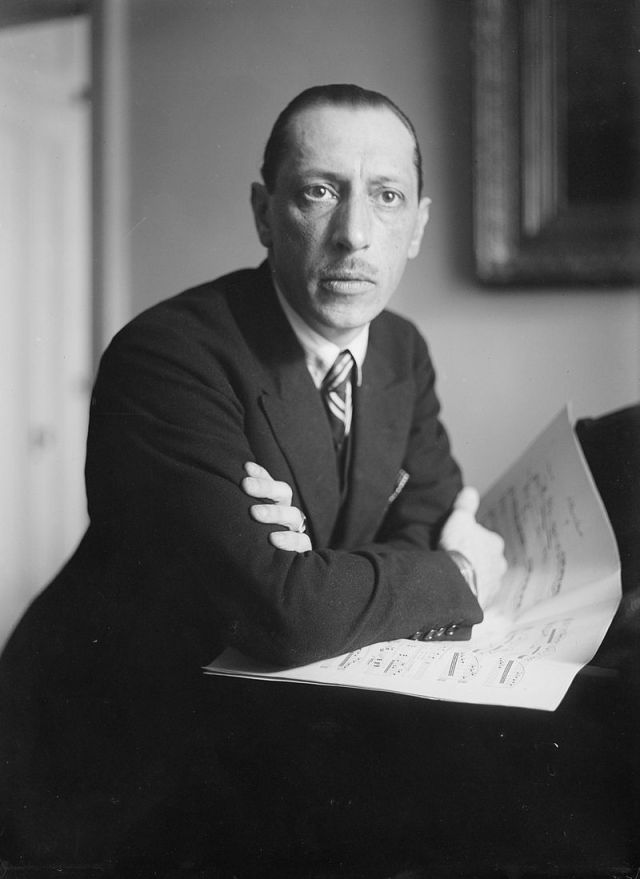 Stravinsky moved to Nice in 1924, after buying an expensive residence, the Villa des Roses, and he then asked his friend and impresario Diaghilev when the latter would leave for the Holy Mountain Athos. 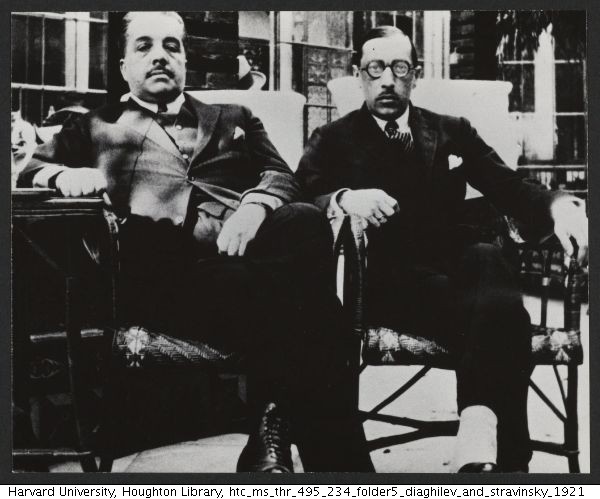 Diaghilev and Stravinsky in 1921 during a visit to Spain.
He asked Sergei Diaghilev to buy him some icons. The icons had to be blessed on the Holy Mountain itself. He also wanted to have a catalogue of all Russian of ancient-Slav books, available on Athos at the moment.
He wrote to Diaghilev:
“When do you leave for Mount Athos? I must tell you that your trip to this holy place interests me more than anything else. I would like you to bring several icons for me, and a wooden cross, and to have them blessed at the same place.”
But Diaghilev never made the pelgrimage to Athos. He died in Venice in 1929 of diabetes before he could visit the Holy Mountain.
For a long time Stravinsky corresponded with Hieromonk Gerasim, who lived on Athos. He used to send the monk money. Stravinsky always kept a picture of Gerasim on his desk in Nice. He donated the books and other religious objects to the Russian Orthodox Cathedral St. Nicholas in Nice. The Cathedral is under the jurisdiction of the Moscow Patriarchate and property of the Russian state (by the way: until 2011 it was under the jurisdiction of the Church of Constantinople). It is the largest Eastern Orthodox cathedral in Western Europe. It’s history is closely connected to the Russian nobility from the middle of the 19th century, after the Tsar Nicholas Alexandrovich, died in Nice in 1912 and later it was a refuge for the émigrés after the Russian Revolution. 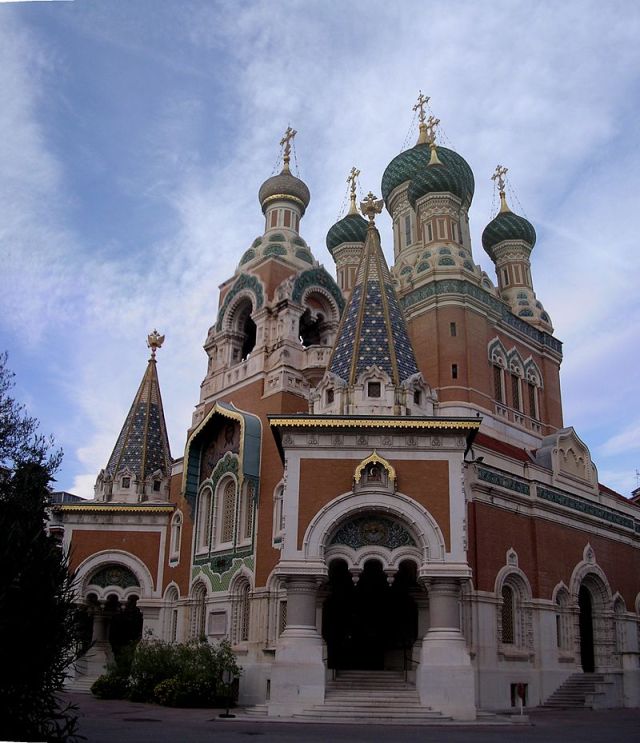 The Russian Orthodox Cathedral Saint-Nicolas in Nice, France.
They both found their eternal resting place on the cemetery island close to Venice, called Isola di San Michele. They were reunited in death but despite their desires they both never made it to the Holy Mountain.

Like Loading...
This entry was posted in art, people and tagged famous pilgrims, music. Bookmark the permalink.