In post 1300 I showed you our visit to this large former Ukrain kelli in 2012. Father David insisted to pay another visit to his kelli and on September 2nd 2014 we finally had the chance to see him again.

It was a short walk – 20 minutes – from Karakalou over a beautiful monopati. This is how the kellia Timiou Stavrou and Tries Ierárches look from the monopati: 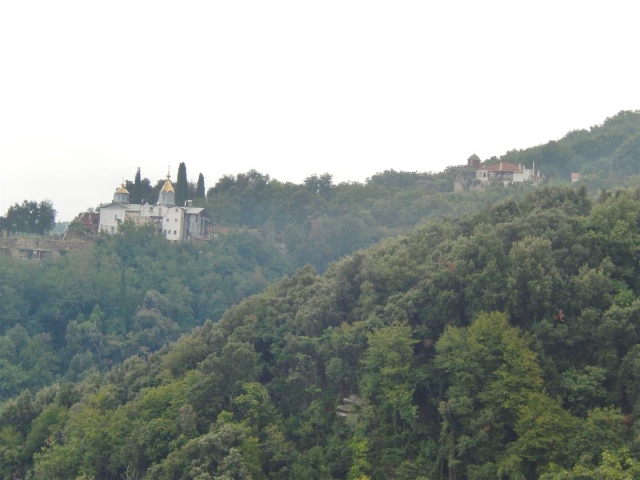 The first thing we noticed was that something did change: the roofs looked different, 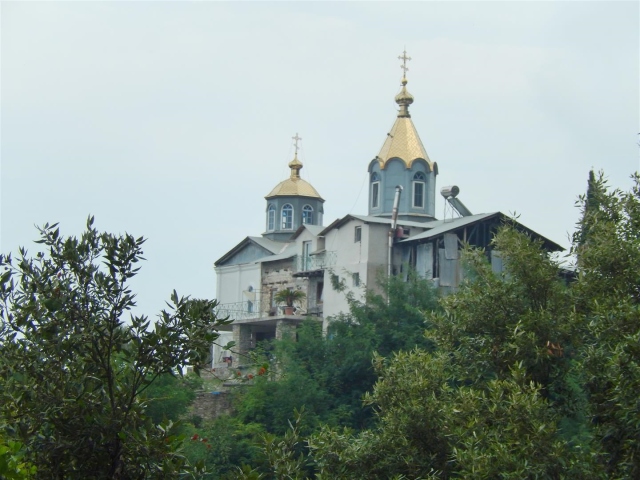 and they were plated with gold!

Later that day father David told us the story. He said that he accomodates many Russian pilgrims. Last winter he got a phone call with the message that 40 Russians would visit his kelli and that would bring a lot of material and workmen. When they arrived father David could’t belive his eyes, because the Russians brought a new – guilted – roof along and immediately started working. And they did not charge him for the expenses! The workmen spend a few weeks in his kelli (which was rather busy for father David), but the result of their efforts you can see above! It was a gift of a Russian company that is specialized in guilded roofs. 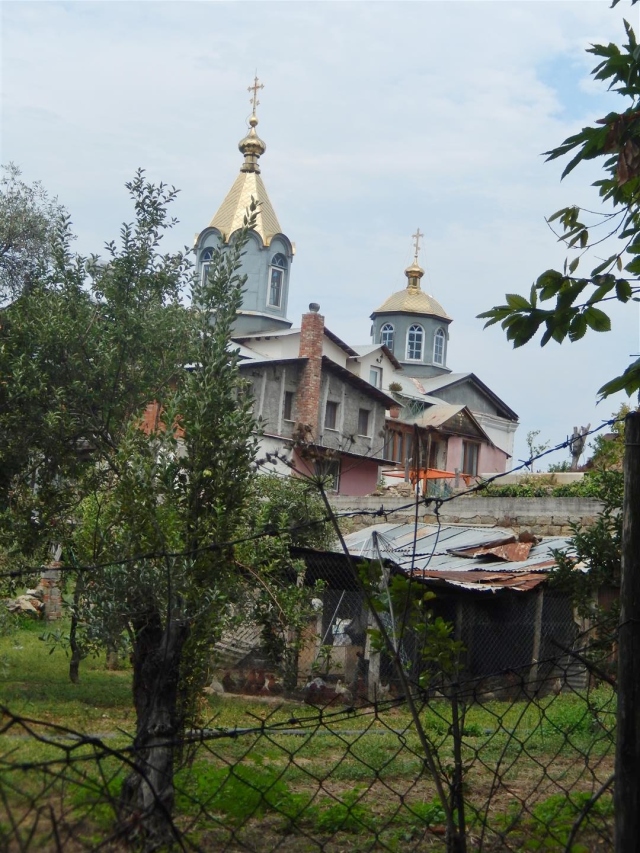 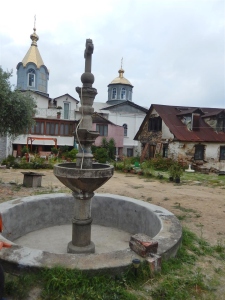 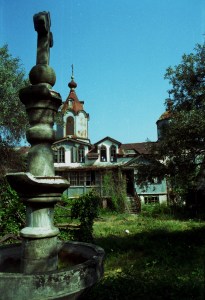 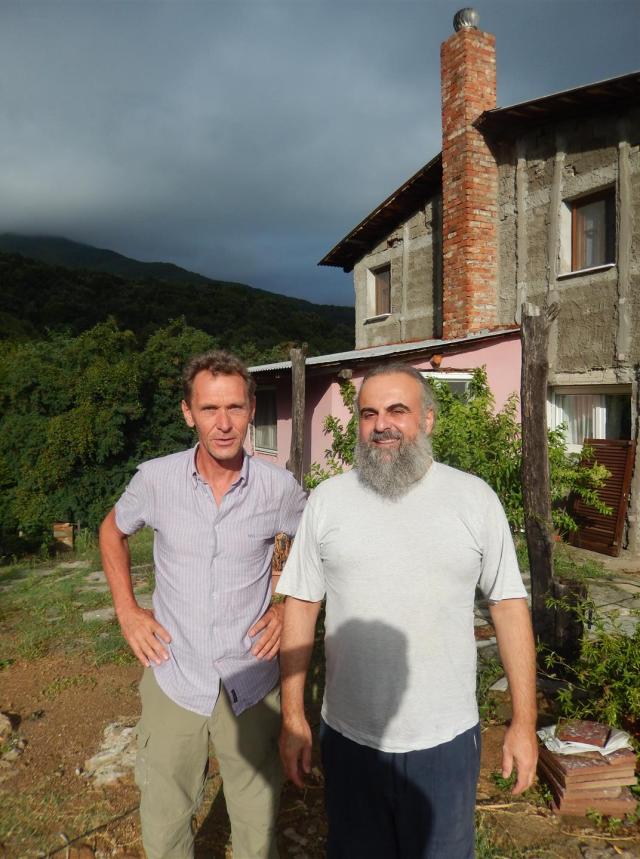 Father David told us that he had had some problems with his health: first of of all he had to be operated on his heart and he still felt the aftereffects. The second problem was a hornet sting. Father David knows that he is allergic to bee and wasp poison, so he always has an antidote in his house. This summer he was working in the garden when suddenly, without a warning, a large wasp started attacking and stuck him. The antidote wasn’t working good enough because of the large size of the wasp, so father David had to be immediately transported to the clinic in Karyes. In the meanwhile his whole body was badly swolen. It should not have taken 20 minutes longer and he probably had died, but with help of God he made it just in time and survived.

Father David showed us the nest high in a wall where these large hornets live. When I later that afternoon had a look in the ossuary, I found another wasp nest hanging on the ceiling: 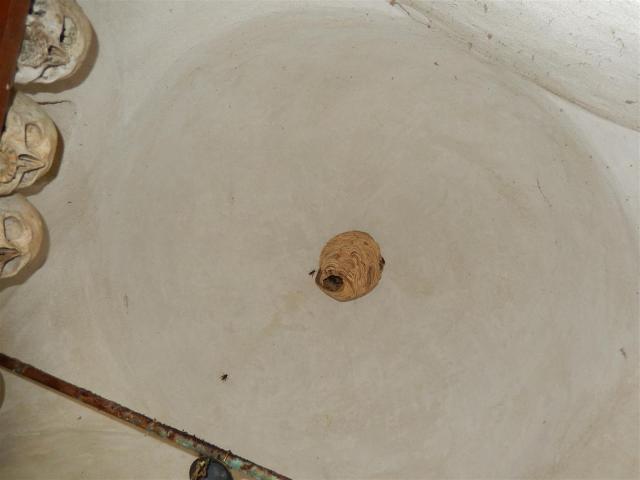 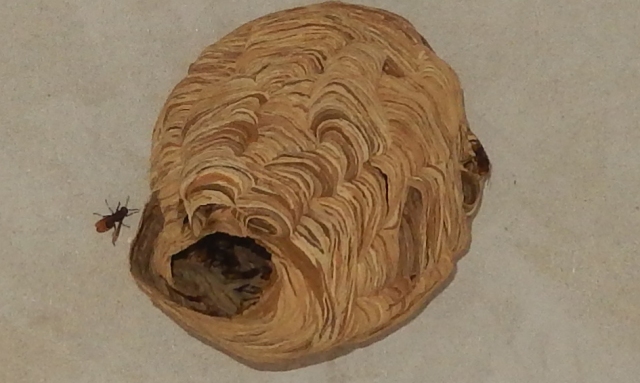 Father David was glad to hear that I found another nest, but at the same time worried how the remove this second hazard.

Before dinner I walked around the kelli and shot some pictures: 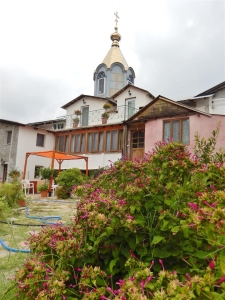 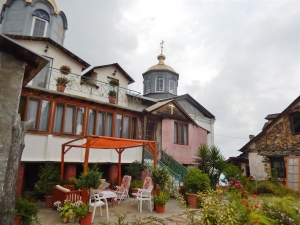 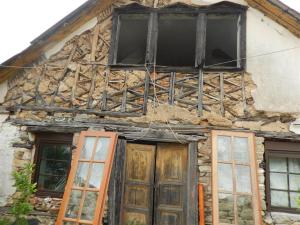 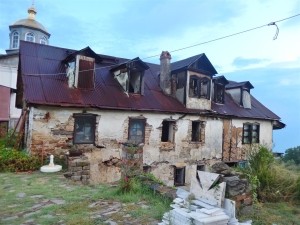 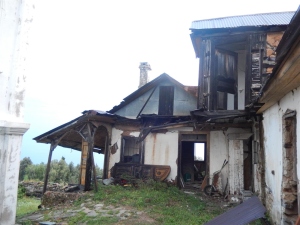 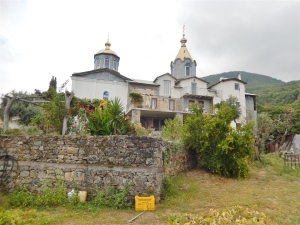 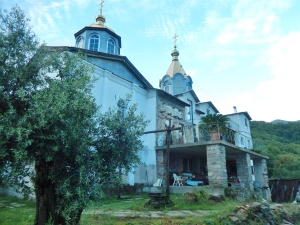 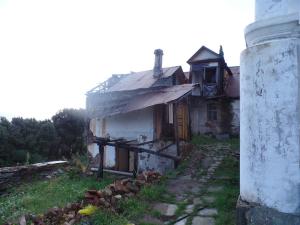 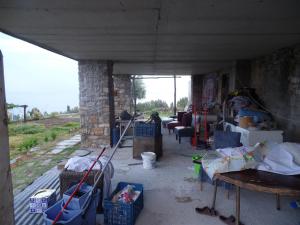 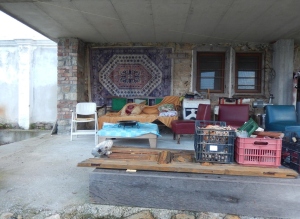 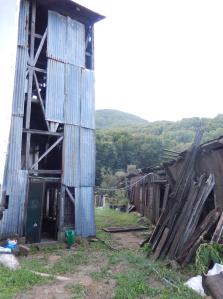 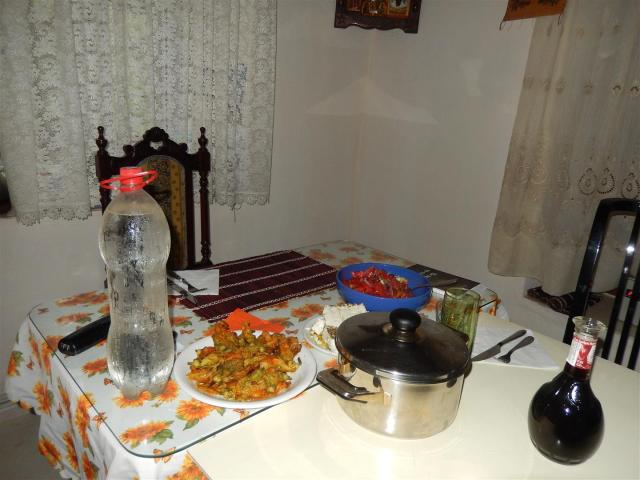 That evening after a nice dinner (meatballs on Mount Athos, neccesary to regain strength after the surgery) and a good conversation, the weather turned bad. We sat down on the bench which you see on the pictue above and we had had perfect panoramic view over the peninsula to see the storm and the lightning. 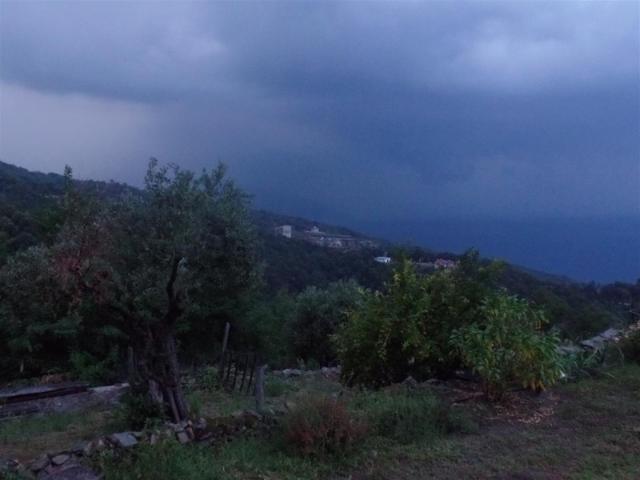 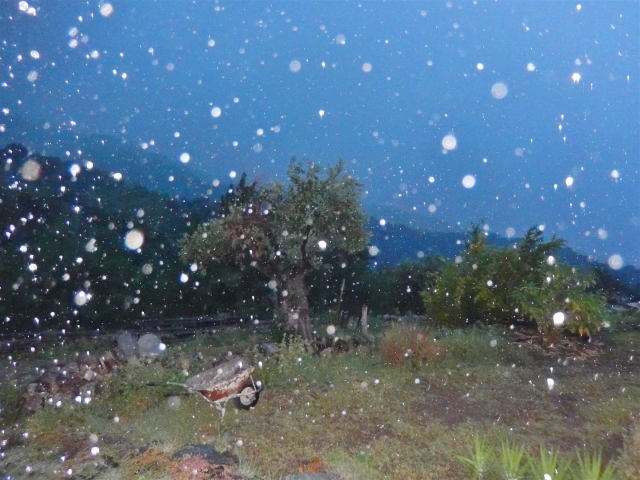 During the storm the new guilded roof was heavily tested, because the strong wind blew rainwater through the tiles and in the church water was pouring down. Luckily we could help removing the water, while father David checked all the 20 windows. 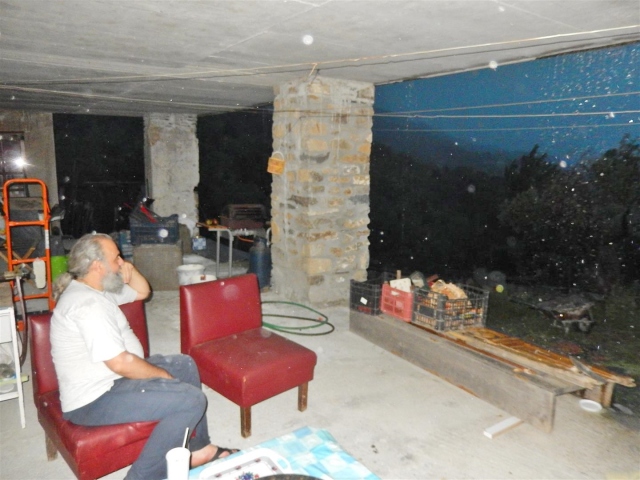 Only 4 days later (6-9-14) a similar storm produced a few water tornados near Lavra (thanks to meteo Lavra blogspot). 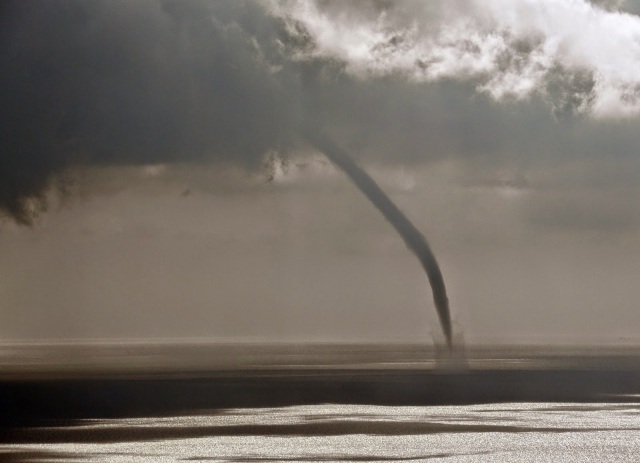 Like Loading...
This entry was posted in kellia, Timiou Stavrou, trip 2014 and tagged storm. Bookmark the permalink.