Posted on October 4, 2014 by athosweblog

Very seldom pilgrims take the effort to visit the “forgotten” Skiti Xenofontos, that’s why I decided to have a look. I got a big surprize, because in stead of an old and ruined settlement I found an almost totally renovated skete, which probably will inhabited again soon and maybe even pilgrims will get a chance of staying there in the near future!

So my first goal on Monday 1st of September was a visit to Skiti Xenofontos. “Nobody is living there”, said a monk in Xenofontos to me and he looked surprized when I told him we would go there anyway. This is the road we took, starting at 11.45 h.: 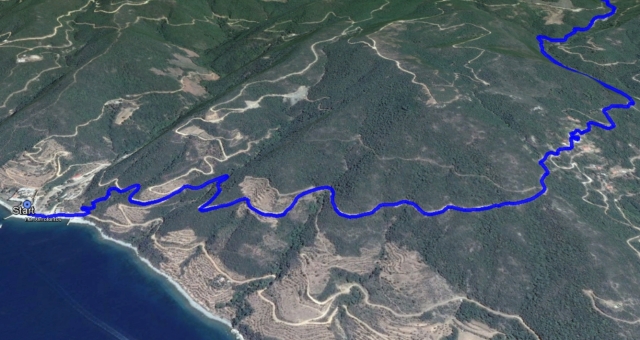 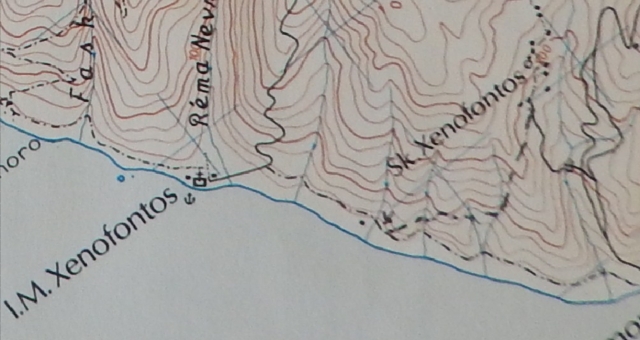 Detail of the old Zwerger map from 1980: at that time only paths led to the skiti, today it is only dirt roads going there. 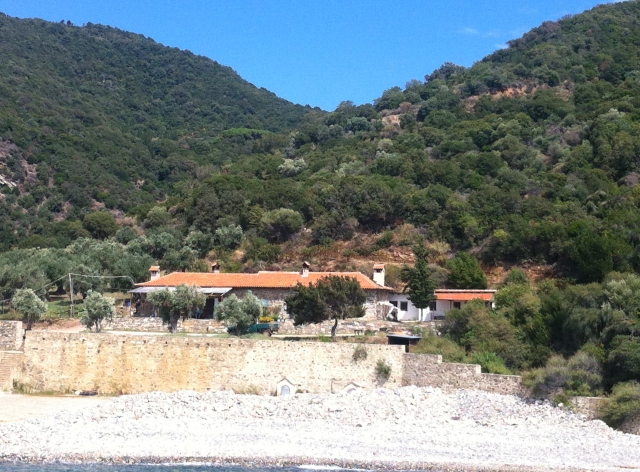 Behind this small house, from Xenofontos monastery, a path goes up that leads to a dirt road 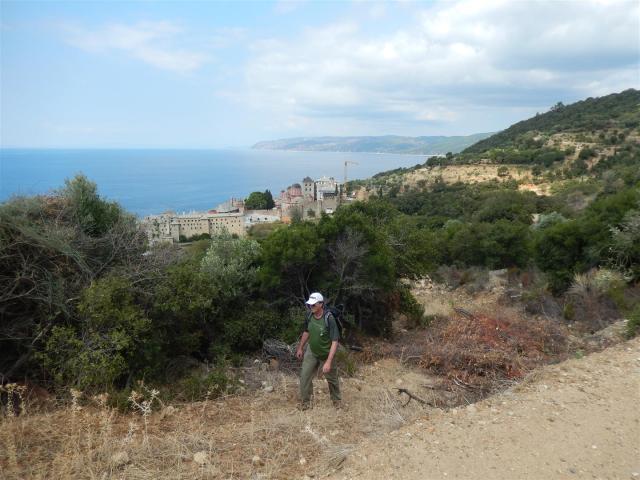 Here the path meets the the dirt road, with the monastery on the background 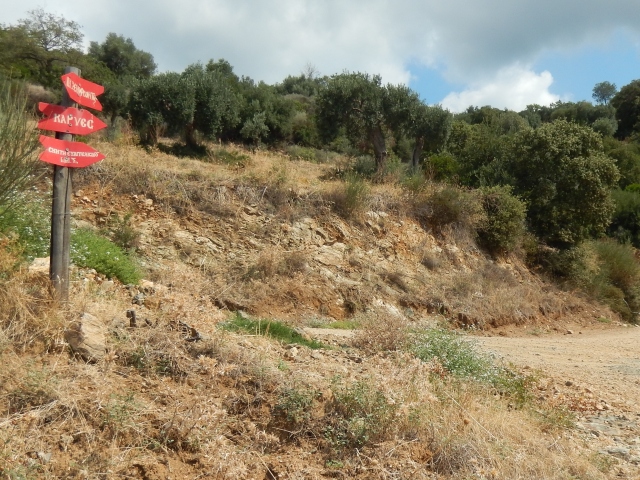 Here a sign pointing back to Xenofontos and to Karyes and skiti Evaggelismou = Annunciation, the other / Greek name for Skiti Xenofontos

Another sign along the road, pointing to a path going up the hill, leading to kelliou Profitou Daniel

The high-lighted pin in the middle is the spot where I shot the next picture, with an ruined kellion 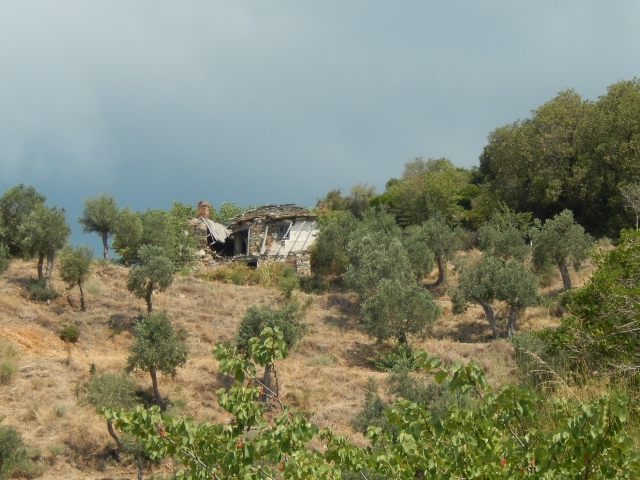 Here the road curves to landinwards 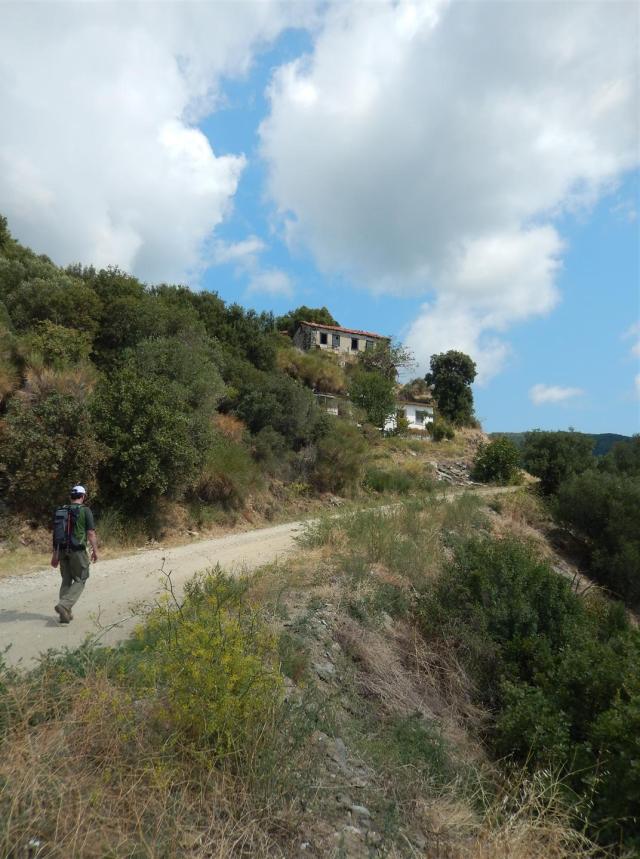 This picture is shot a few days later, from the boat: left the brigde that leads to Panteleimonos, behind it the Silouan mill and in the far left up the hill, Skiti Xenofontos

A small kellion with a water reservoir, belonging to skiti Xenofontos

The same house in detail 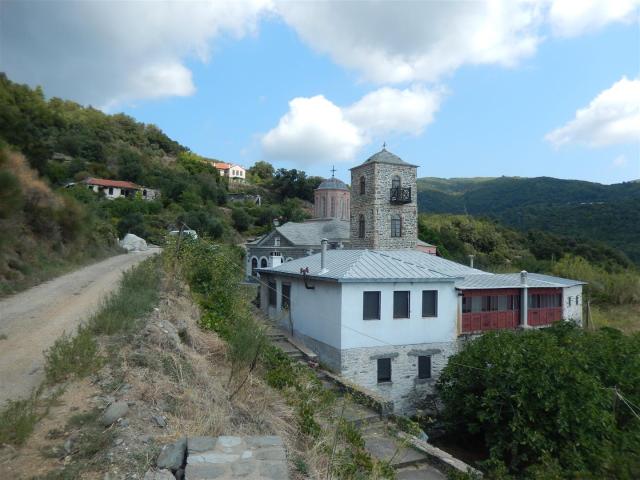 Arriving at the central buildings of the skiti (after one hour, 12.45 h.), with a tower and church and several houses, which were all inhabited, but recently renovated!

Details of the church 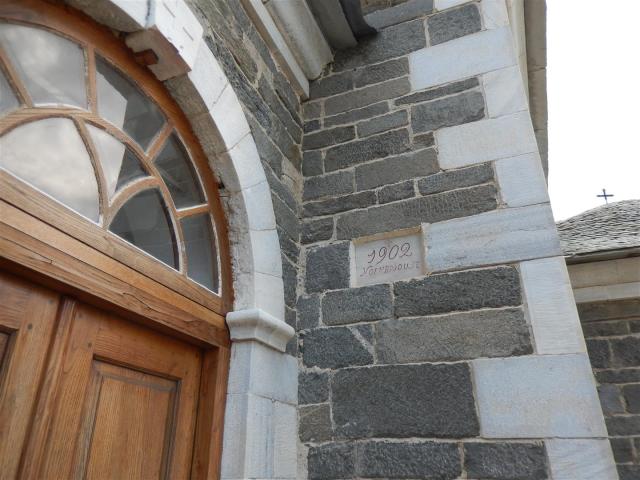 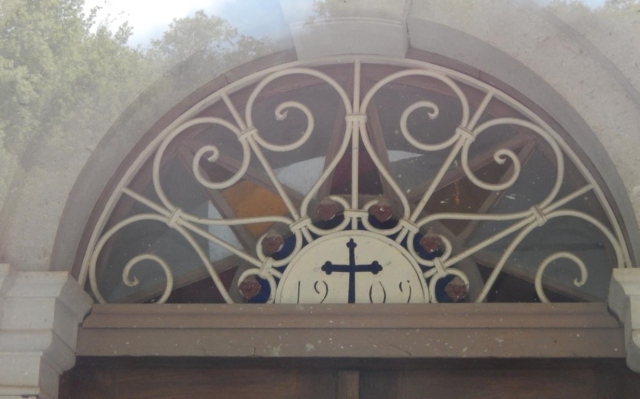 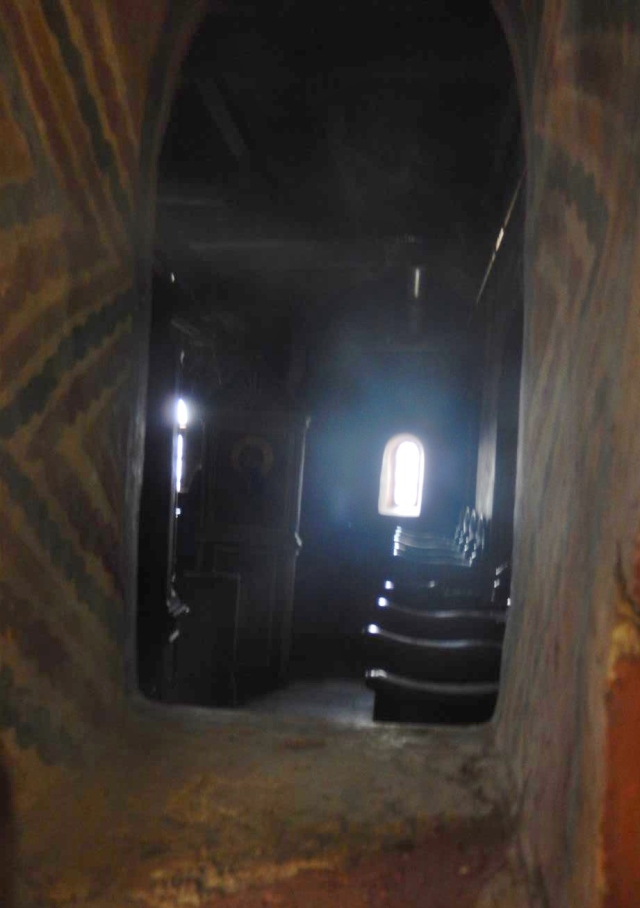 The church was closed and there was nobody to let me in, so I peeped through the windows 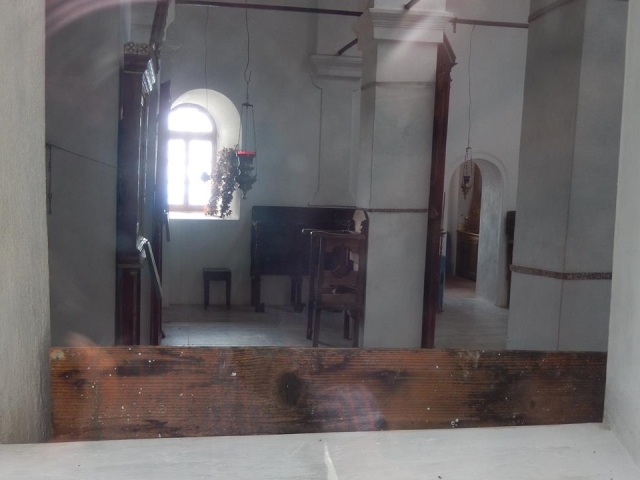 Beautiful marble floors, but no decorations/murals on the walls

The backside of the katholicon 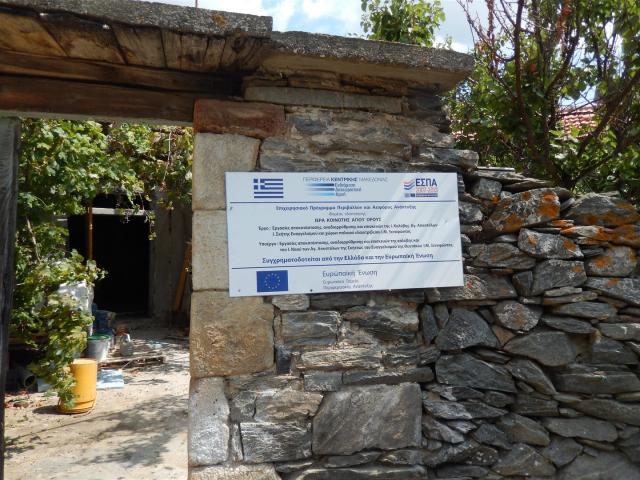 The restoration is still in progress, with the help the European Union

Inside this building: an olive oil press

Behind the house: large earthenwere vessels

Workmen were busy fixing the roof 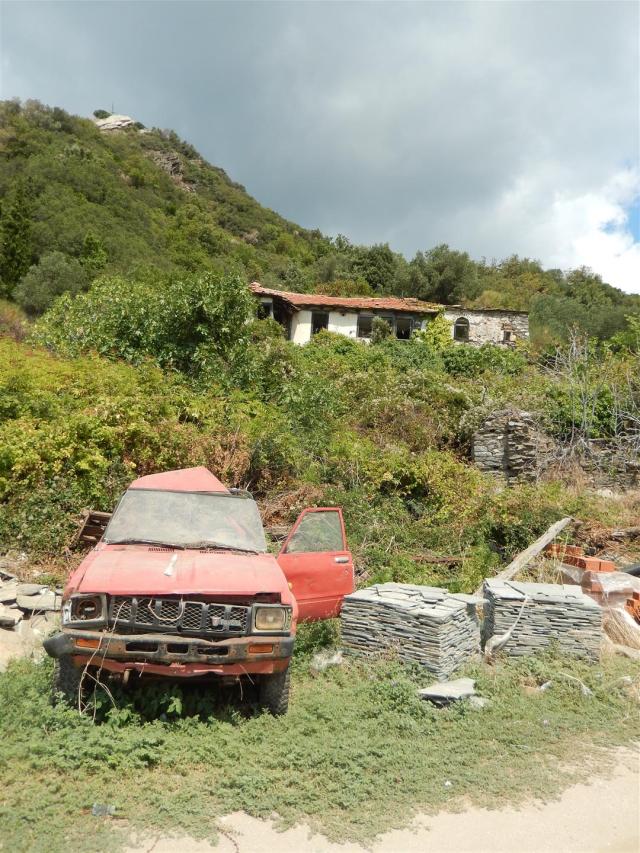 Amidst the new tiles for the roof: an old Toyota van

Up the hill: more houses belonging the skete

Leaving the skete and looking back towards the sea. We resumed our hike to Skiti Profitou Eliou, next time more pictures of this trip!

This entry was posted in 16 Xenofontos, skiti, trip 2014. Bookmark the permalink.