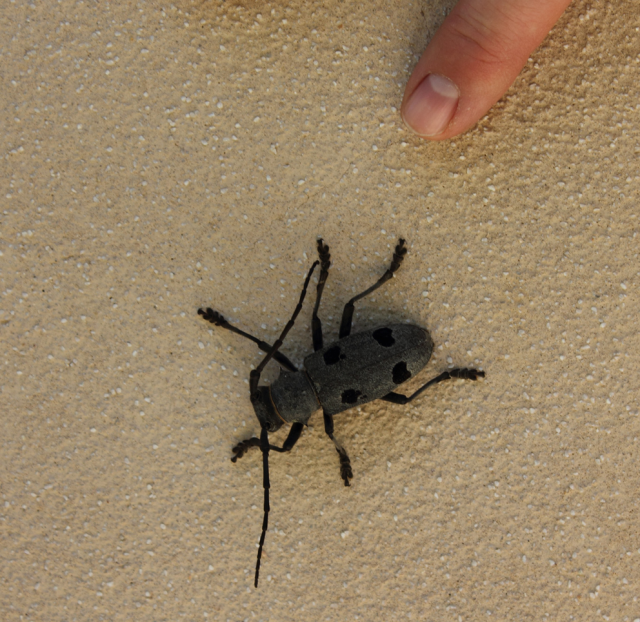 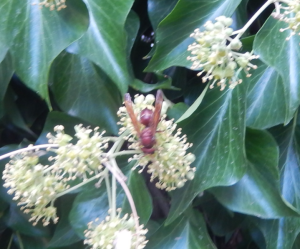 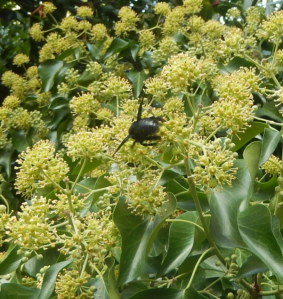 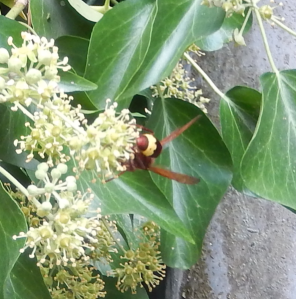 Wasps near Panteleimonos by hv (2013) 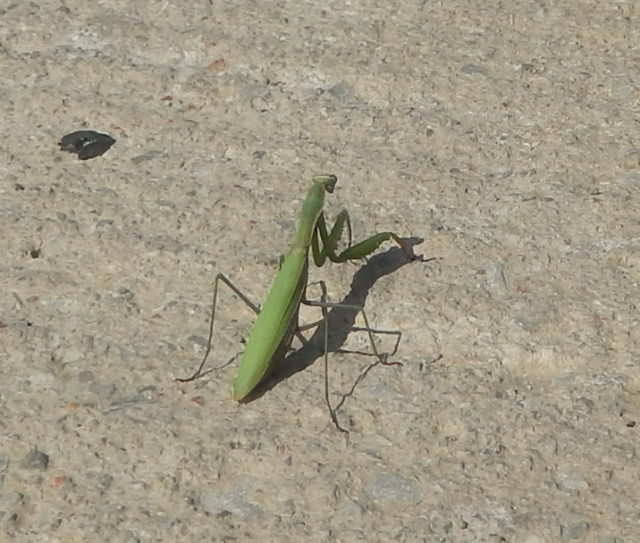 Grasshopper on the road near Panteleimonos by hv (2013) 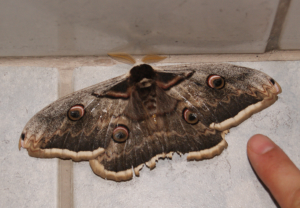 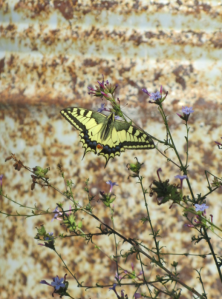 Butterflies: the big brown one found in the bathroom of Simonaspetras by Michalis Kraml (2012). The yellow one  is a Papilio Machaon (Swallowtail in English, Koninginnepage in Dutch) photographed in the garden of Ag. Nelios in 2013 by hv 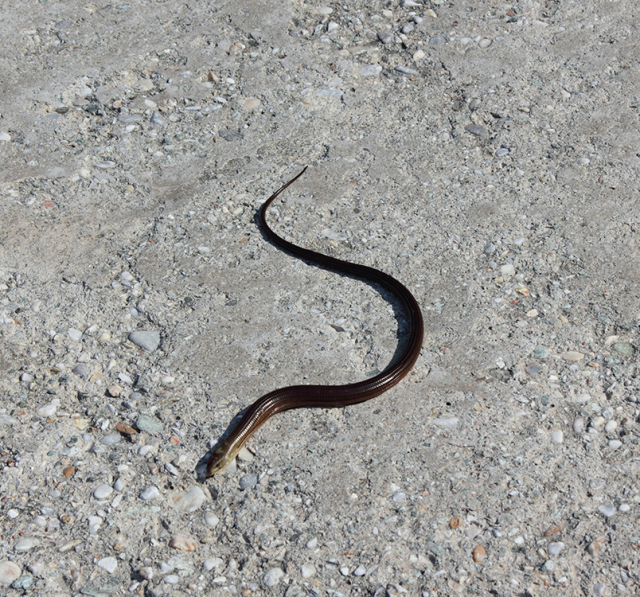 Michalis Kraml: ” The snake we found near the arsanas of Nea Skite in 2012. A monk was in a garden for some work. He flung the snake out of the grass onto the cement and killed it”.

Thanks to a comment by Alexander we know now that this not a poisonous snake but a legless lizard, a so called slow worm (hazelworm in Dutch) 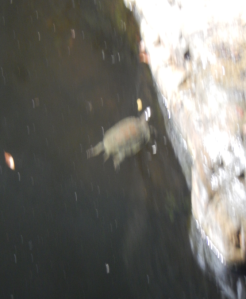 hv: ” In a pool on the footpath Iviron – Karyes we saw in 2013 this waterturtle. Standing on an old bridge I made the picture but the animal disappeared quickly” . 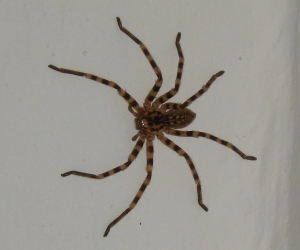 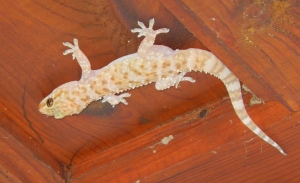 I would like to add these animals, found in one room in Docheiariou 26 September 2013. It is definitely a (big!) spider (there was not one but two, maybe a couple!!?) and a european common wall gecko (hanging upsidedown).

Wim
(It might be a Wolf spider, the European tarantula!)