Posted on February 5, 2012 by athosweblog

Let’s resume our walk through Karyes. In post 1269 I ended the tour with a picture of two large buildings (nr 50 and 51), belonging to Chilandariou. On this map post 1269 starts at nr 1, today we start at nr 2, and have a we’ll have a closer look at six Konaki. 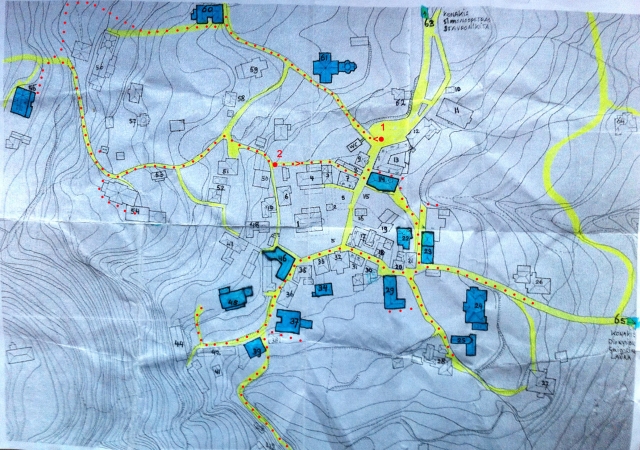 First I walked behind the building of the Holy Epistatia (4) and old tower (3), where the Tragos (the “Magna Carta” of Athos) is kept. On the bachground the bell-tower (2) of the Protaton church (1). I continued and crosses the main straat arriving at building 14, the Konaki of Filotheou. 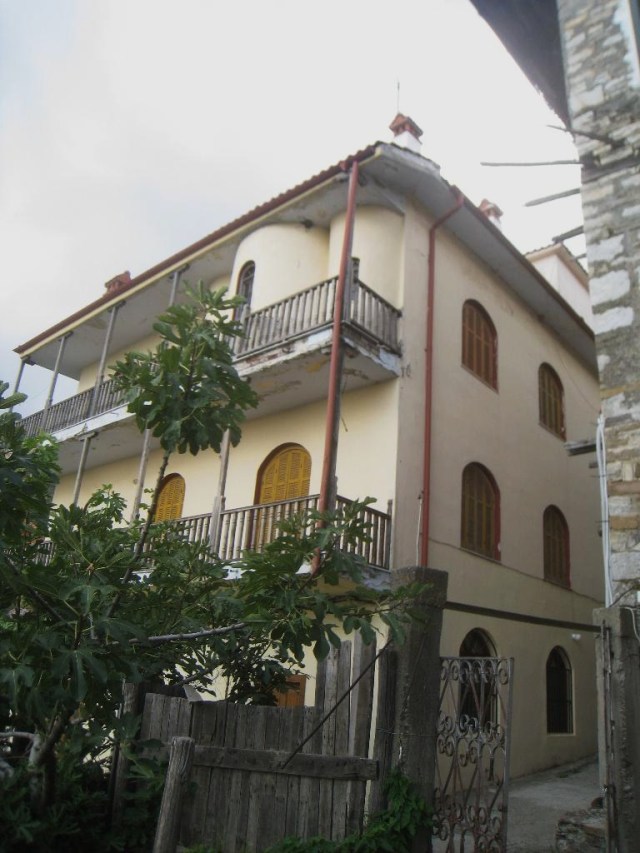 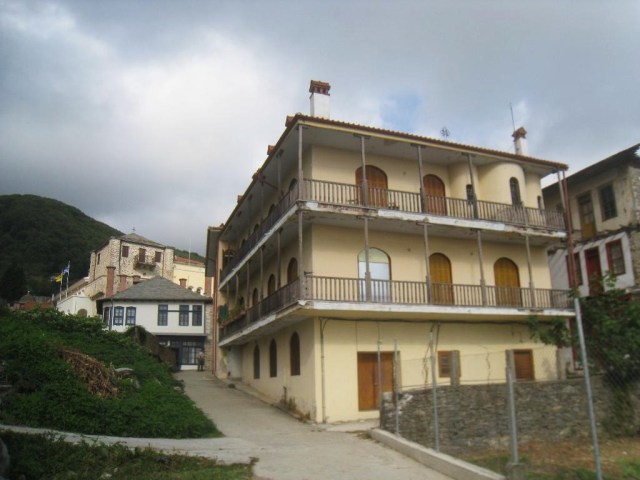 Konaki Filotheou seen from another angle, with the bookshop and the old tower in the background. I continued walking South, in the direction of nr 23, the Konaki of Esfigmenou. Just before this building are newly renovated large complex showed up, that is not mentioned on any map I have.

Maybe this could it be a new Konaki of a monastery, because, as you can see on the pictures below, the building of Esfigmenou seems to be in very poor condition:

On the opposite side of the street: the Konaki of Karakalou (nr 22)

And then, at a junction of two roads, you can see the Konaki of Xenofontos (29), on the road leading back to the Protaton-square.

Konaki Xenofontos: everything looks freshly renovated and building is still in progress. 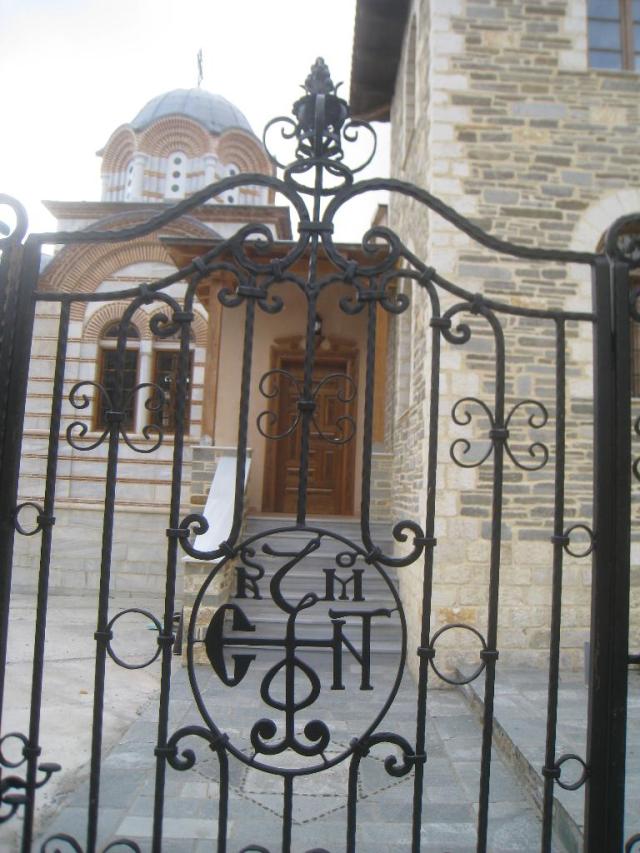 The gate to the Xenofontos Konaki 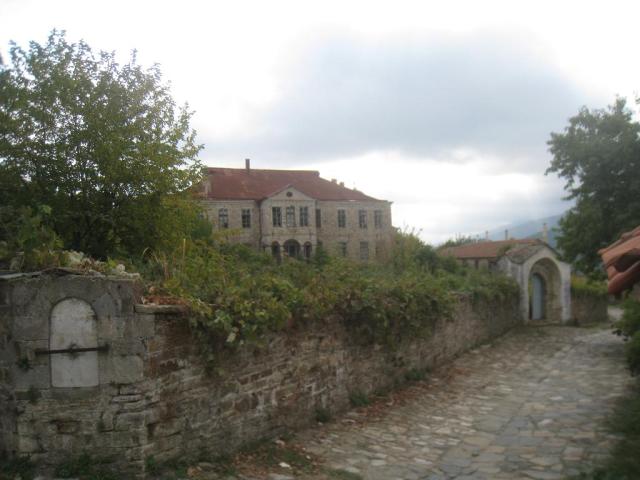 If you follow the road to the South it leads to the large – but nearly ruined – Konaki of Vatopedi (24). A strange thing for such a rich monastery! 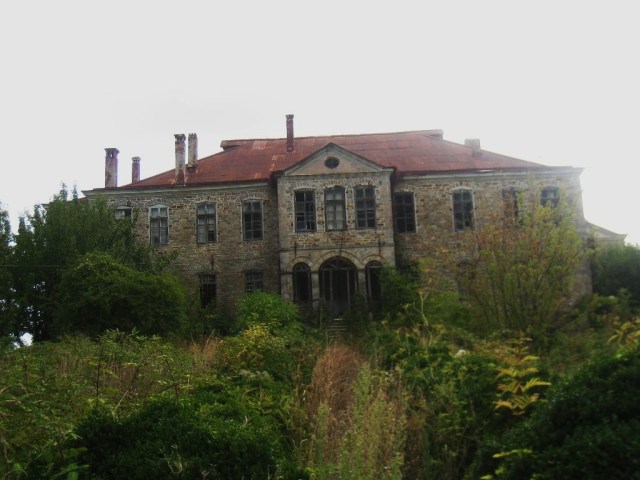 And a little bit further down the road the Konaki of Docheiariou (25). 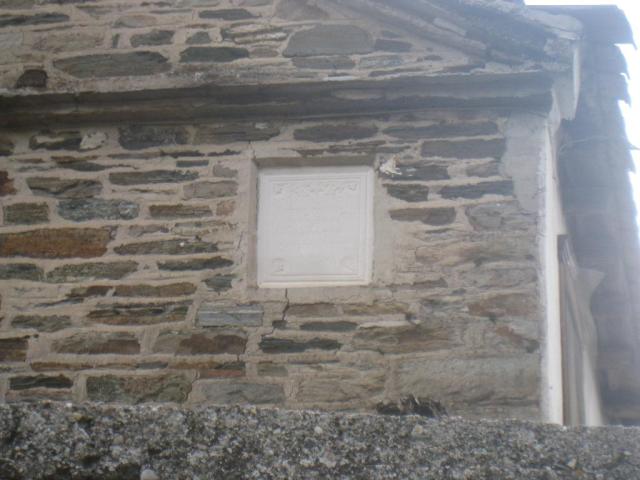 A stone plaquette in the wall of Konaki Docheiariou 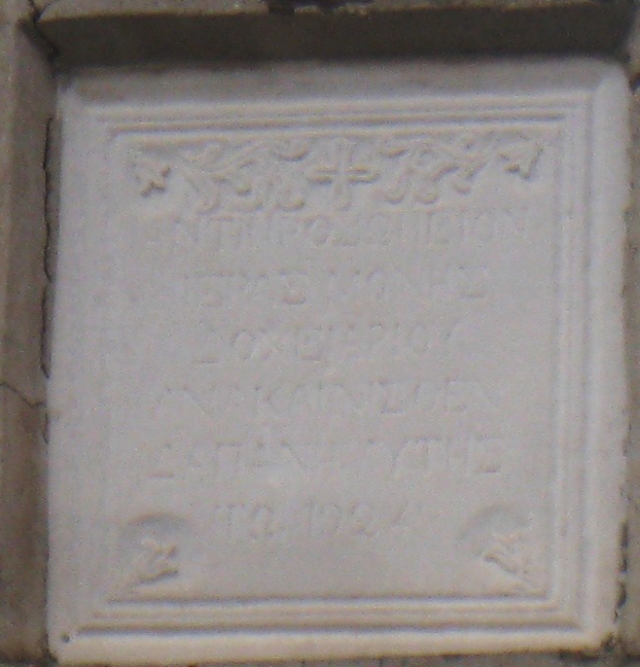 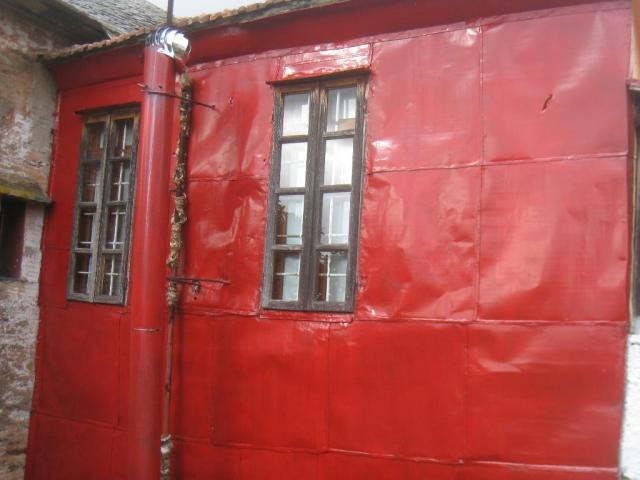 On this road you will find building 28, kelli Koutloumousiou

The road leading back to Konaki Xenofontos (29) and building 26.

When you turn to the right taking the road leading outside town you’ll find building 26, a kelli from Lavra.

This ends the survey of the group of Konaki in the South East part of Karyes. The Konaki of Dionysiou, Grigoriou and Lavra lie further down the road and are not on the map. I was not able to go find them this time, because they were too far away. Next time I wil show you the remaining five Konaki in the south West part and some other buildings.

This entry was posted in Karyes, konaki, trip 2011: Wim's group. Bookmark the permalink.