In the last blog from Herman you already saw a picture the kellion near Kaliagra. 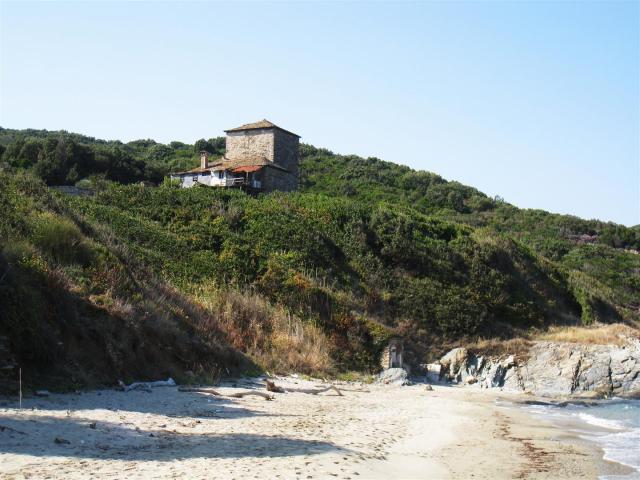 I do not know if it is still inhabited, but it looks like it, because the roof and windows are intact. What is different from other settlements is the huge tower-like building that is attached to the living quarters. It looks rather old to me and I wonder what the purpose was of such a big square shaped building.
The name of the place is not mentioned in the Road Edition map (also look here).

Notice the structure at the end of the beach:

A former watertap / well at the beach, just below the building/kellion. Could the white marble stones originally come from antique Greek times?

Obviously the place belongs to Koutloumousiou

When you continue the path to Stavronikita you will see this ruin of a building, that is almost destroyed. 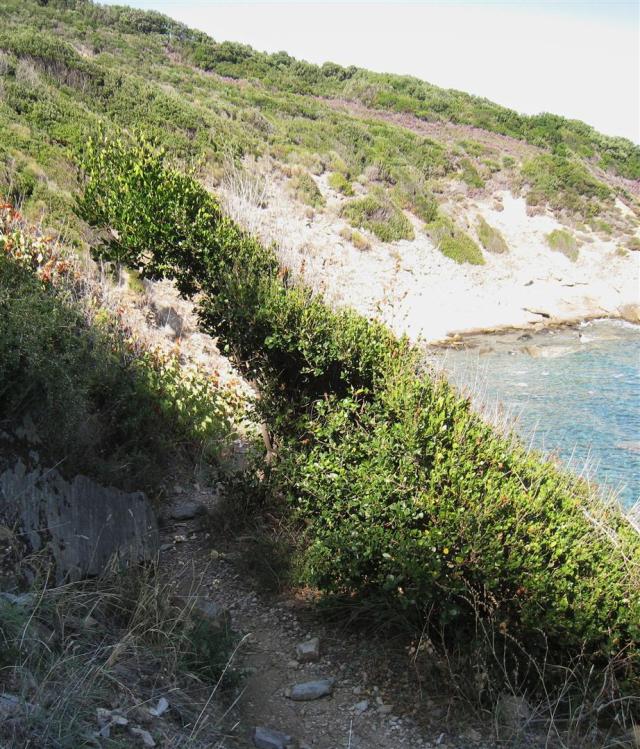 Special formed bushes shaped by the wind protect you while walking 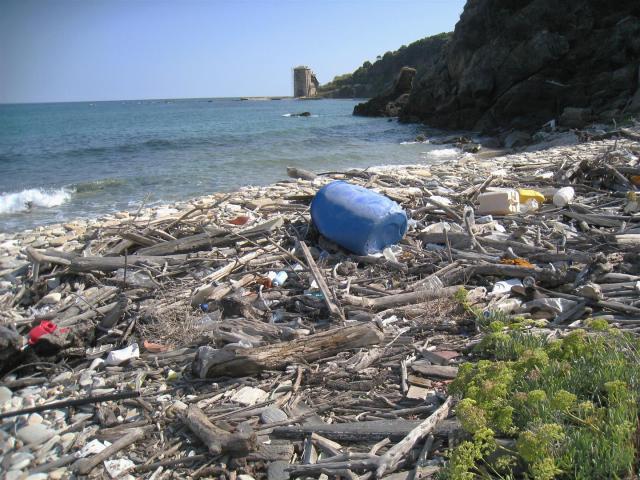 Pollution on the beach, even in this unspoiled place 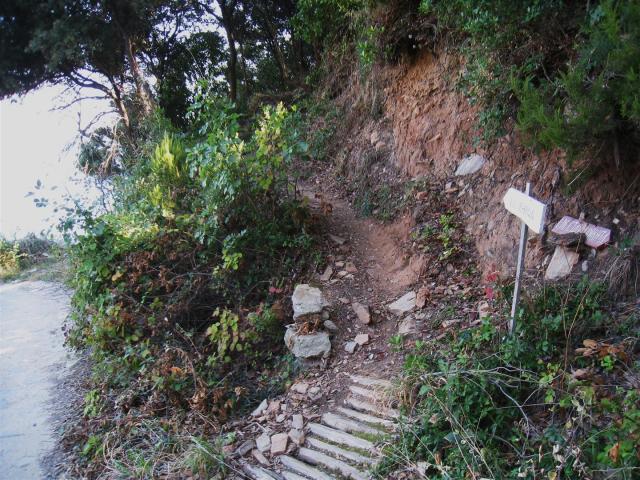 And here the path from Stavronikita leaves to Iviron