Posted on January 6, 2014 by athosweblog

Coming from Lavra, after a short stop at the source of Athanasius the taxi dropped us near a kellion called Cell of the Panaghia. On the map it is one of the houses under and at the end the word Karakalou.(KAPAKALLOU) 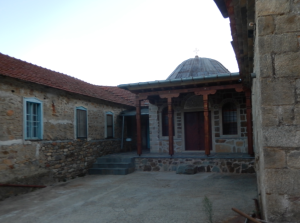 Our starting point of the days route to Karakalou walking the monopati. 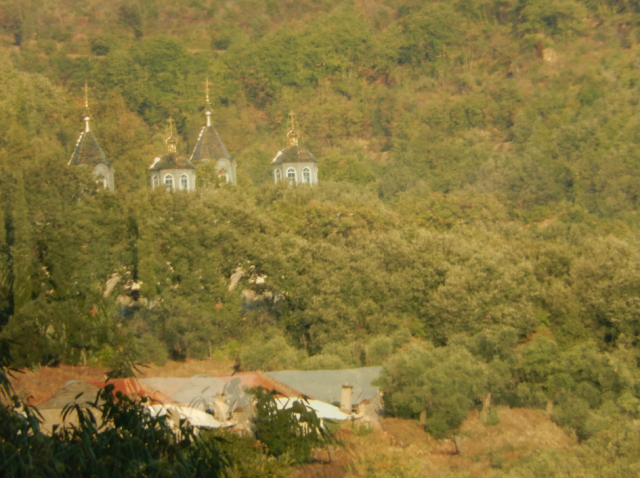 From the kellion of (probably) Panaghia in the Provata area we had a beautiful view in the morning sun on kellion Timiou Stavrou, a former Ukrainian settlement where at some time 80 monks lived now again inhabited by one greek father (David).

Kellion Timiou Stavrou in september 2013. Father David was asleep according to workers.

From Timiou Stavrou a very nice footpath goes to Karakalou. Follow the sign. Not often used by pilgrims but easy to walk. Then suddenly a hidden bridge appears. See the map above. 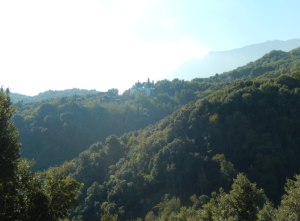 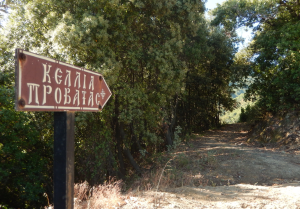 Looking backwards we saw another Provata cell across the valley and a sign.

Finally the monastery of Karakalou.