The next pictures from the Lavra monastery are all in black and white. Maybe I was inspired by a Dutch photographer, Cas Oorthuys, who visited Mount Athos somewhere in the fifties of the last century and who took a lot of black and white pictures. The problem is: nobody did ever see them ! After he died in 1975 he left an archive with 500.000 pitures and they all lie in the Dutch Photo Museum in Rotterdam. I have had contact with the museum and I asked them if I could use some of his pictures for this weblog, but that seemed to be impossible (or very expensive). There is only one place where you can see two of Oorthuys pictures and that in my local take-a- way Greek food store Romios on the Ceintuurbaan in Amsterdam (some say it is the best in town). It is because of this take-a-way restaurant that I know the Oorthuys collection of Athos-pictures exists !
I donâ€™t pretent to get even close to the quality of Cas Oorthuysâ€™ pictures, but I tried my best to shoot some black and white pictures on the 2 of may 2007 in Lavra. As you can see a Athos-monastery is perfect spot to make these B/W images. 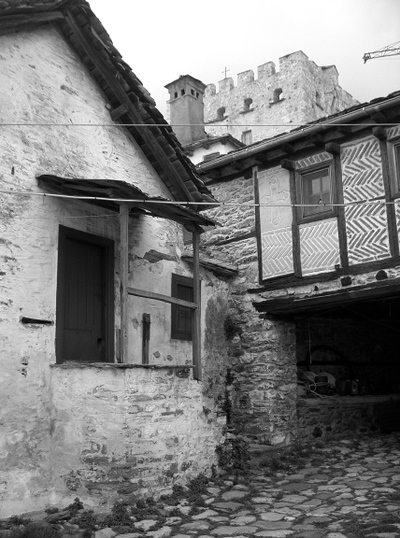 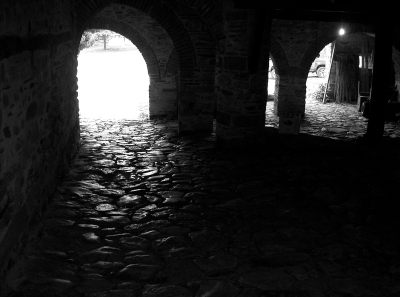 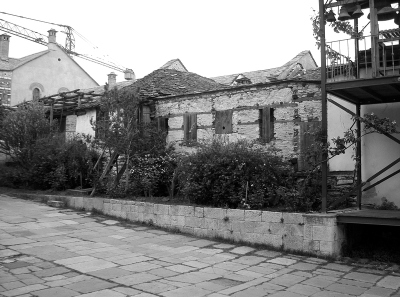 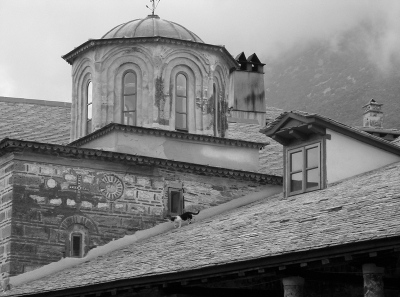 This entry was posted in 01 Lavra, trip 2009: Wim's group and tagged Cas Oorthuys. Bookmark the permalink.