1977 – Megistis Lavra, a walk around the monastery

Posted on February 3, 2018 by athosweblog 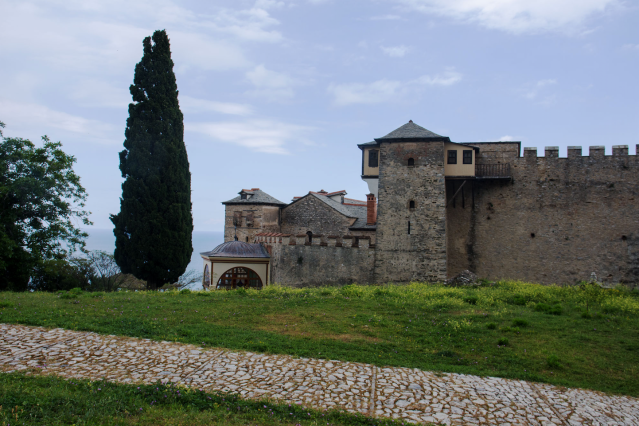 The minivan drove us from Karies to Megistis Lavra. Every seat was taken. A long and winding dirt road takes you there. The old footpaths are mostly destroyed by the dirt road. Only short patches remain. We had been visited the Monastery before, but never found the time to take a proper look, due to late arrivals and hopping on the minivan at dawn.

We decided to walk around the complex. Herman had a copy of an old picture, taken from a high perspective. He wanted a remake from the same spot. So we climbed up. 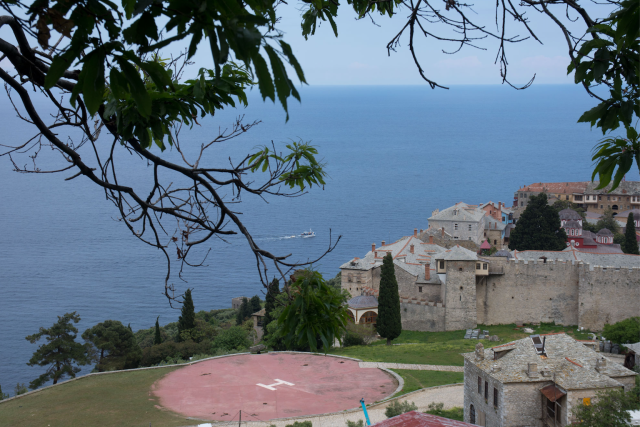 The helicopter platform used for medical emergencies or VIP’s. A medieval wall encloses the buildings. 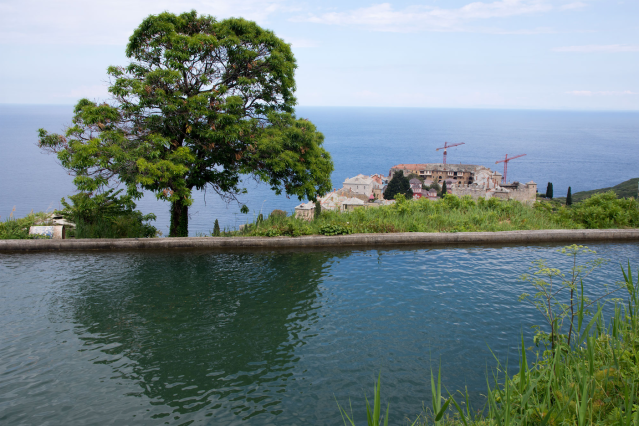 We were quite surprised to find a big water reservoir. A bench was placed there to enjoy the impressive view. And cranes, always cranes around many monastic settlements in recent years.

I couldn’t discover the reservoir on Athos’ best map by Peter Howorth from 2016. (Another minor detail: the helicopter platform is situated  a little lower, east of the grey main dirt road. ) 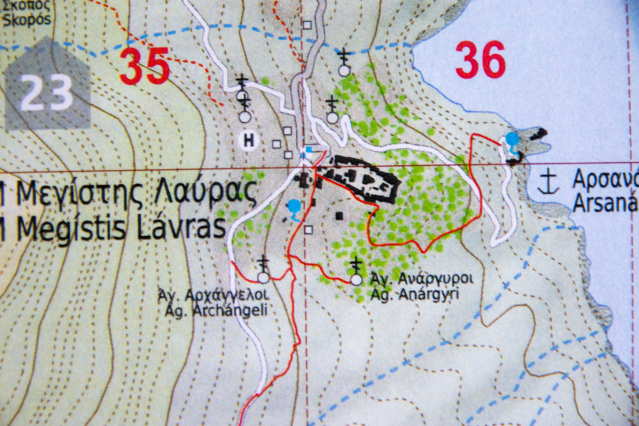 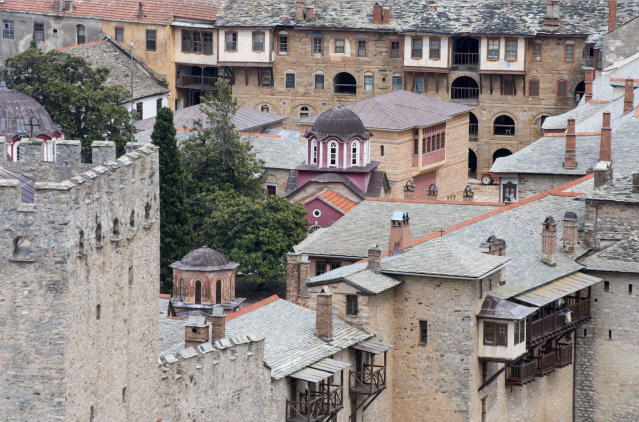 A different perspective on Lavra, the oldest Monastery on Athos. We had just seen the fresco of Saint Athanasios the Athonite in the Protaton. He founded Lavra. He died here too, due to the collapse of a wall in the church. 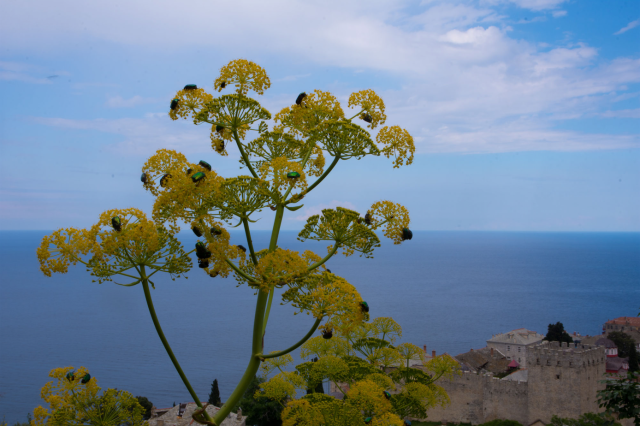 Many shiny metallic green beetles on a flowering giant fennel with the monastery as a backdrop. 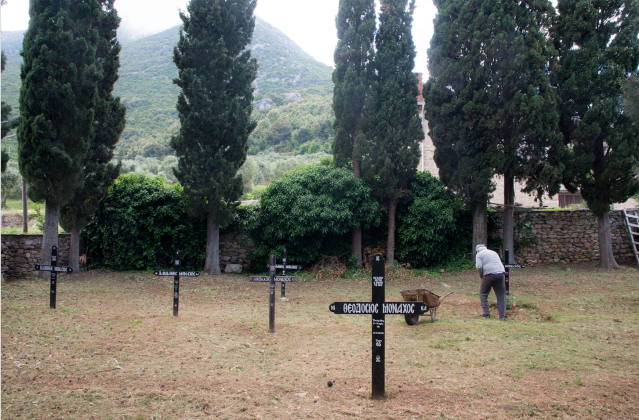 We climbed downhill into the cemetery, where a layman was working on a recent grave. He didn’t pay any attention to us. Monks live a long life here. Their years are on the crosses, I read: 65, 74, 88, 89, 94, and one who died in his 48th year on earth. We took the path down along the wall of the monastery. (The red line south of the complex on the Howorth map.). It descents through a olive orchard where the path dissolves into grassland. We walked on to a fenced garden. But couldn’t find a path. We saw this picture looking up to the monastery. We meandered our way down until we finally bumped into the dirt road (white road on the map). From that road we could easily find the nice, old and cobbled monopati leading to the arsanas. Only on the easy way back we realized that the path is much lower on the slope of the hill. 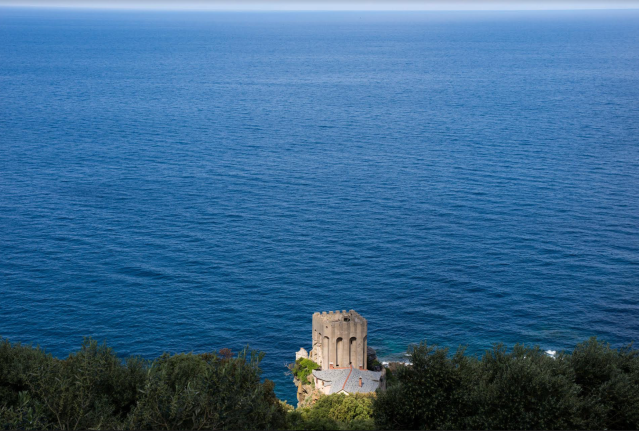 A view on the tower at the arsanas from the dirt road. A bright light on the tower guided us. Next time more pictures from Lavra’s harbour.

5 Responses to 1977 – Megistis Lavra, a walk around the monastery