Posted on December 3, 2017 by athosweblog

A fragment of a new discovered map (thanks to Peter Howorth) made by the French army in 1939. Very detailed and rather accurate. Above three Russian buildings, on the left the monastery of Panteleimonos in the middle Paleomonasterio, here named Aghii Anarghiri (Rossiko) and at the top Skiti Andreou (Rossiko Skiti).  Aghii Anarghiri  is almost on the correct spot. I placed a thin red arrow on the map pointing at the two churches of Paleomonasterio.

The same stretch of land from Panteleimonos to Andreou with Paleomonasterio in the middle on the map by Peter Howorth. This very accurate map suitable for every pilgrim can be ordered here: http://www.filathonites.org/maps/

Cap Arapis is a part of Athos that not many pilgrims will visit. There are no monasteries or other settlements and its a long walk. But apparently in 1939 there were some buildings called Elia. Who knows more of this settlement?

On the Howorth map a part is called Elia but there are no buildings, maybe a ruin? See how the road and the heights of the hills are similar. Only the hill at the top is one meter lower, from 129 to 128 meter. There used to be more footpaths (symbol in black: ————) in 1939.

Google maps shows us this image of the Elia area: it looks like a building is still standing there (red arrow – wv): 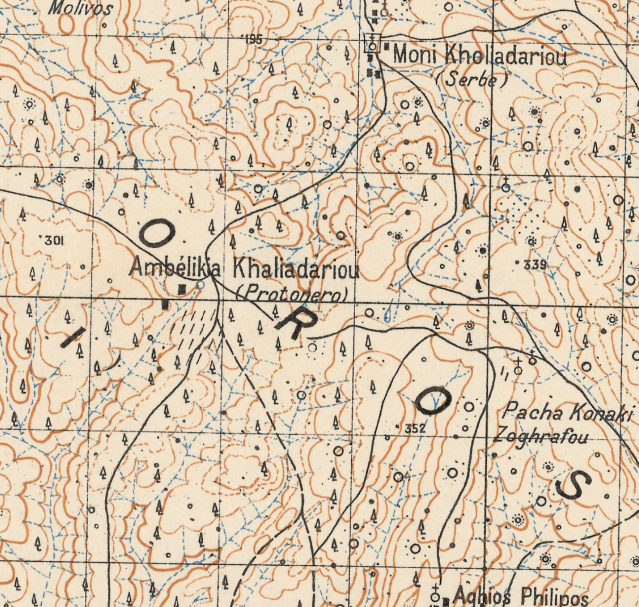 The Proto Nero (first water)  region in 1939. From the crossing there used to be a path directly to Chelandariou monastery . We looked for this direct route in 2017 but could not find it. The 1939 map is a great tool to discover forgotten paths which are disappeared by the dense vegetation. 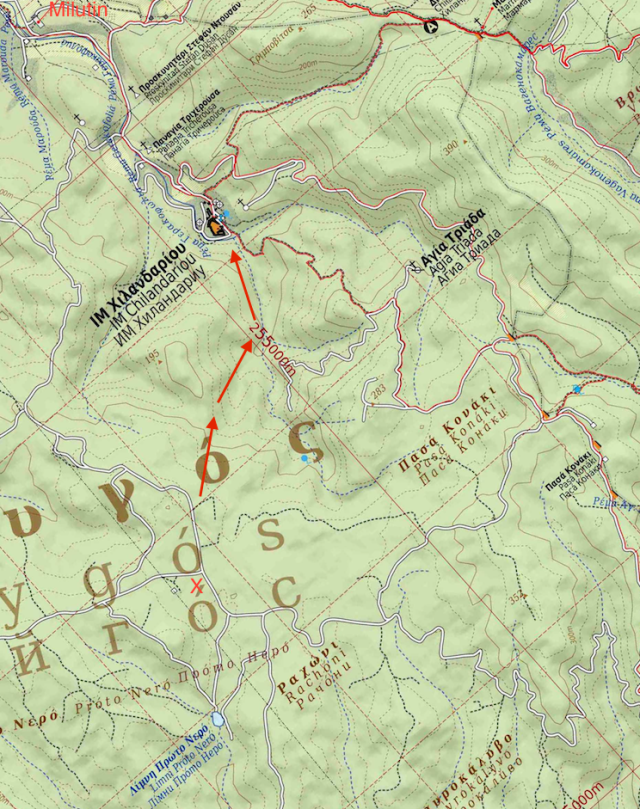 At the red X the Proto Nero crossing. I put red arrows on the spot where the old footpath used to be. The road on the left in white we walked in may 2017. 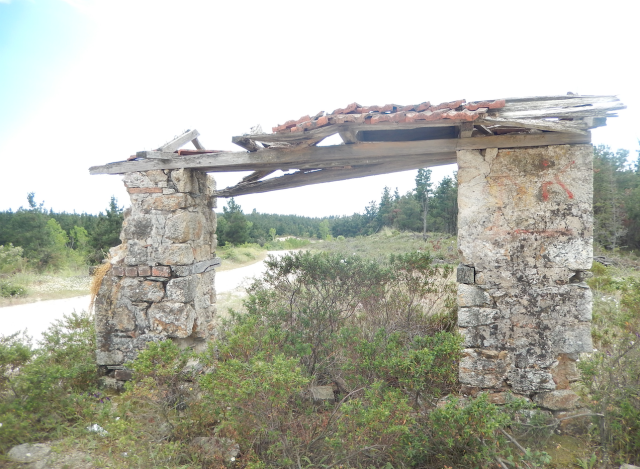 The Proto Nero crossing (0r better T-junction, the red X on the map) with a ruin which marks the entrance to Chelandariou territory. 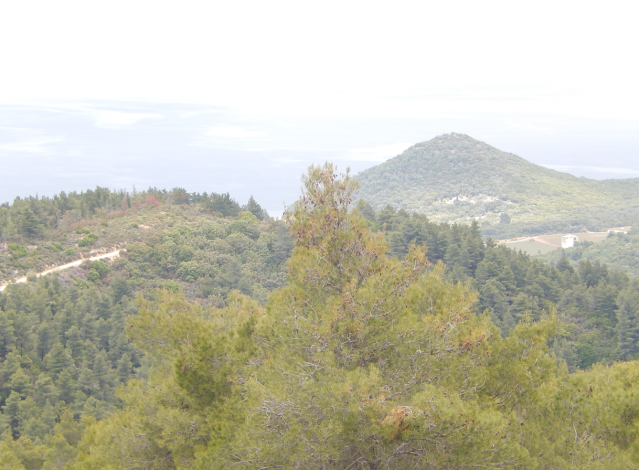 This photo was made in 2017 near Proto Nero with the road to Chelandariou on the left and Milutin tower on the right (Milutin written by me in red on the Howorth map). Low on the hill Ag. Stefanos.

Here is the link to the 1939 French army map by Cartomundi.