1951 – Approaching Xenofontos from the south 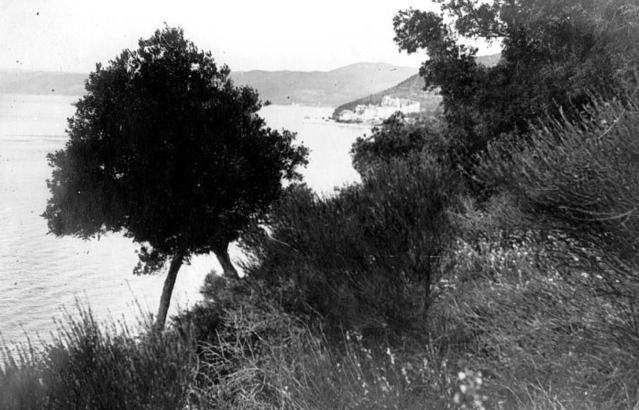 Walking the coastal path from Panteleimonos to the south the monastery of Xenofontos comes in sight. This is  a photograph by Millet, who made pictures in 1917 when he was on Athos with the French army. 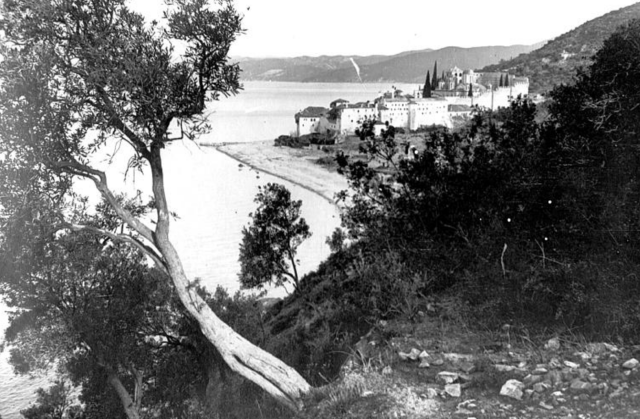 When Millet came closer, the huge walls of the monastery became visible. 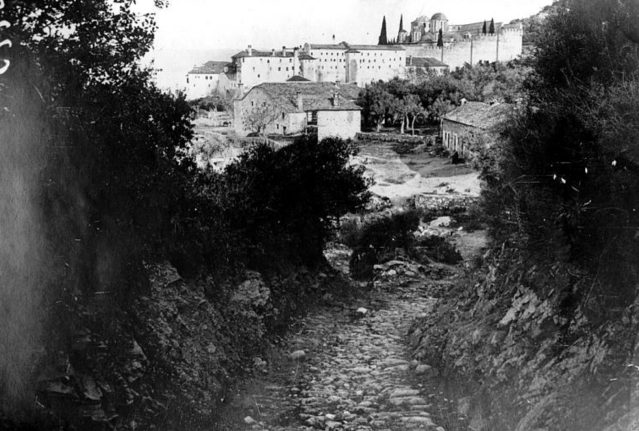 Then the beautiful monopati comes to an end and it is only a couple of yards to the monastery. 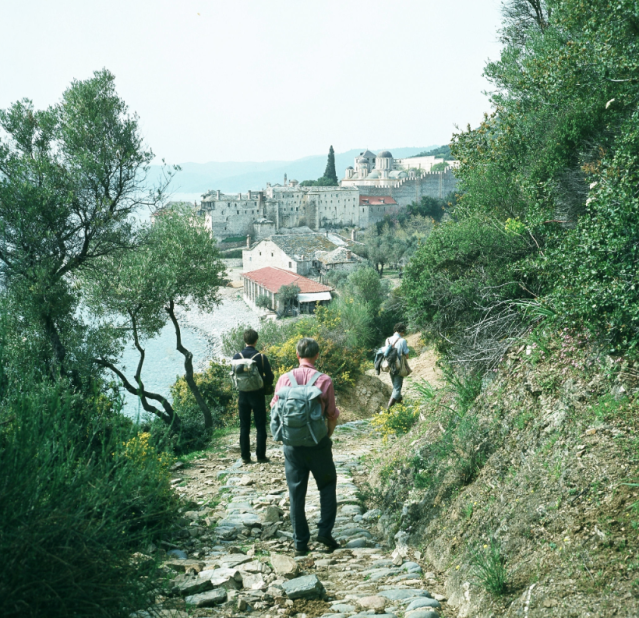 The party of Dutch teacher Herman Hissink probably had the same feeling in the 1970ties when they walked the same path, enjoying the nice view on the monastery and happy that they were almost there.

These pilgrims in 2017 missed the experience of walking the very nice path, right behind them, because they reached Xenofontos by boat. The house in front that was not there in 1917 but in one piece in the 70ties is now rebuild in 2017. Photo by Wim Voogd.

This entry was posted in 16 Xenofontos and tagged 1917, Herman Hissink, millet, monopati. Bookmark the permalink.