Posted on September 6, 2015 by athosweblog

Tsanko Lavrenov (Bulgarian: Цанко Лавренов) was a Bulgarian painter and art critic born in Plovdiv 1896, deceased in 1978.
He is one of the most prominent, influential and distinctive Bulgarian artists of the 20th century. A modernist influenced by the Symbolism and the Secession, Lavrenov is best known for his cityscapes of the old town of Plovdiv as well as his monasteries cycle. (Wikipedia). Here are some of his Athos paintings:

The Bulgarian monastery of Sografou in 1936 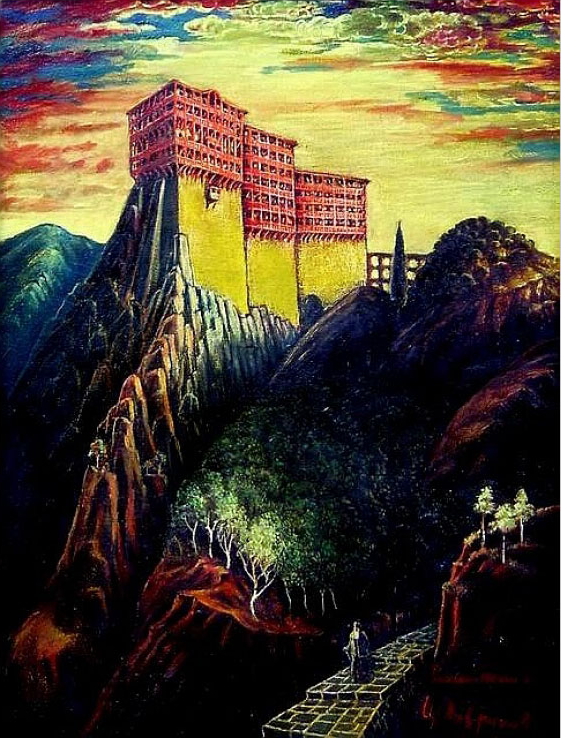 This entry was posted in 09 Sografou, art and tagged Tsanko Lavrenov. Bookmark the permalink.