1733 – a special room with special memories

In 1980 I went Athos for the first time. After visiting Iviron, Vatopediou and Sografou, we ended up on our last day at Docheiariou. We were offered a room next to beautiful balcony overlooking the Athos coastline. After dinner we met a Greek professor from Thessaloniki, who told us about his work: he was photographing all books from the library on microfilm. That evening were invited to visit the library and see for ourselves how he worked with these ancient books. We could touch them all and open them. Many books were pierced by bookworms. One of them even had a page dating from the fifth century! Later that evening we had a long conversation with the professor on the balcony (on the far right on the picture below, next to the tower and the two larger cypress trees). 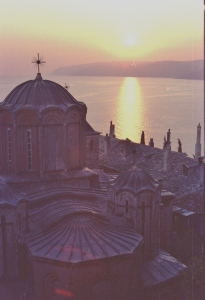 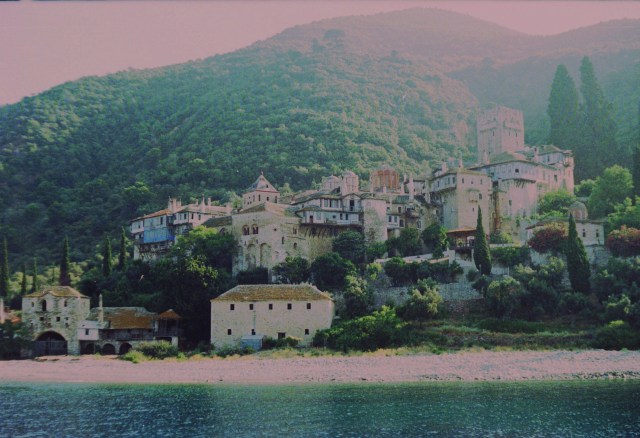 When we arrived at Docheiariou on September 26th 2013 I told the archondaris this story and he offered us to sleep in the same room. Unfortuanately the balcony was closed because of safety reasons. 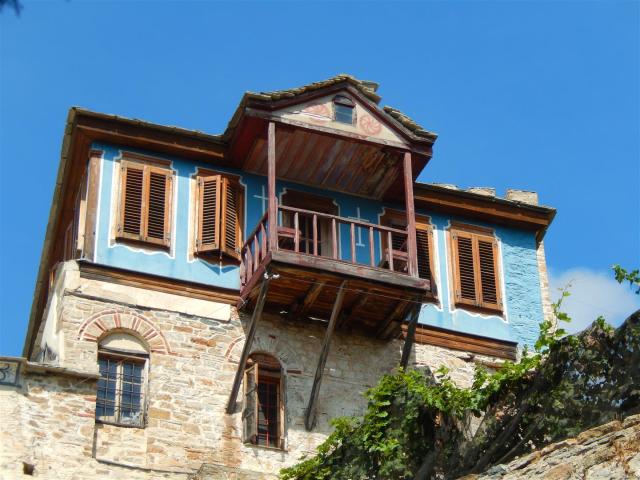 The balcony with our room on the right

The closed balcony with the view over the Athos coastline 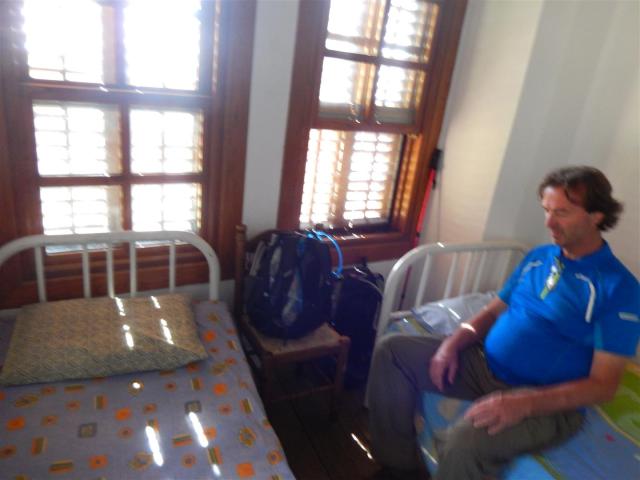 Arriving in our room after a long walk

The monk who gave us our room showed us something special, that written on the inside of the door.

It was a text – in Greek – written with pencil, dating from 1941! I was not able to decipher the words, maybe somebody else can?

This was not the only surprize the room gave us: when looking at an icon I saw someting more…. (unsharp picture, sorry).

In the right corner below A VERY LARGE SPIDER turned up, this is the reason why the picture is not sharp! 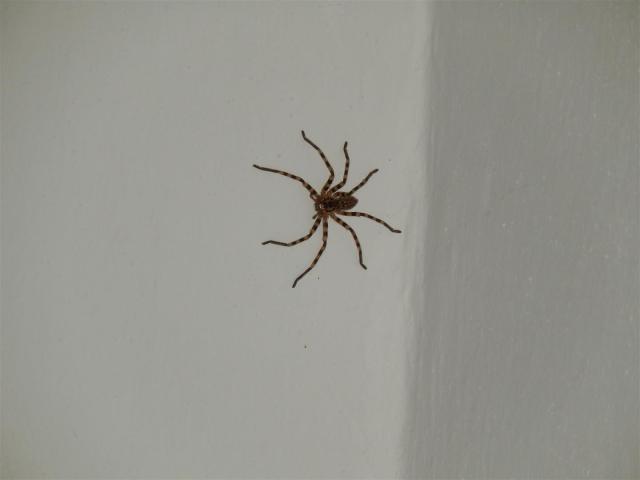 As you can see, it really is a big one. Later I found out that this a Wolf spider, the European tarantula! And on top of all, as I found out, there was not one, but there were TWO of these huge animals in our room.

And if you think that was all? No, there was more wild life in our room, we saw this European common wall gecko hanging upsidedown on the ceiling (fortunately an innocent animal)! 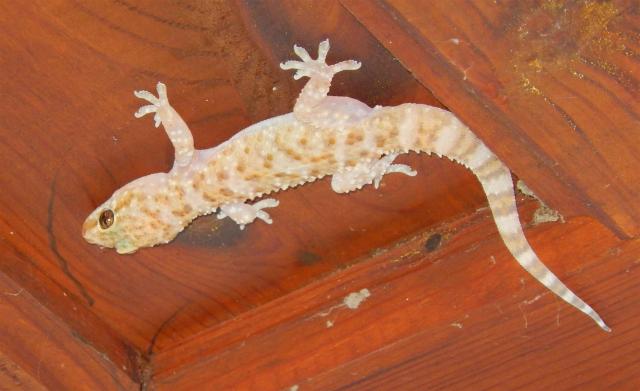 But this was not even enough: when we had a closer look at the beds and matrasses we discovered that they dated from at least 1980 and probably from 1941: WHAT A SPECIAL ROOM this was! 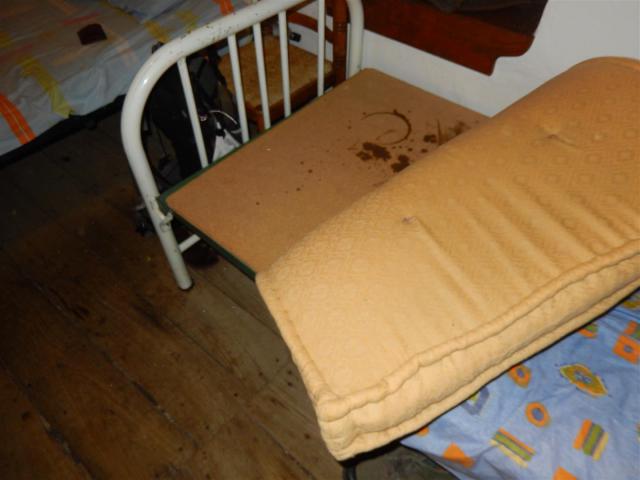 But this is what Athos brings: always surprizes and new experiences! If you keep a good mood and faith, you can even survive large spiders and harsh beds!

Dear readers: the next three weeks I will be on holiday in …… Greece! – Ouranopoli/Pelion/Alonisos.

A nice summer holiday to you all (with good beds and without spiders)!

This entry was posted in 10 Docheiariou, nature and tagged spiders. Bookmark the permalink.

6 Responses to 1733 – a special room with special memories