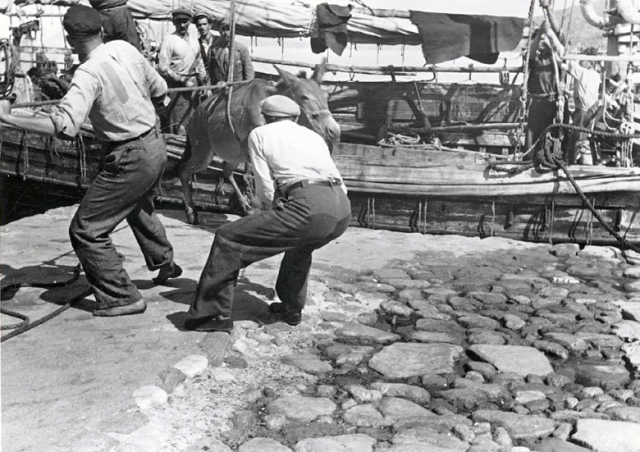 This is a scene you won’t see on the piers of Athos anymore. But in the 1940ties, when there were no cars  and distant monasteries had to be reached, visitors had to use mules for transportation. They even took the mules with them when sailing from harbour to harbour. This is photograph is taken by members of the German wartime expedition of prof. Dölger. 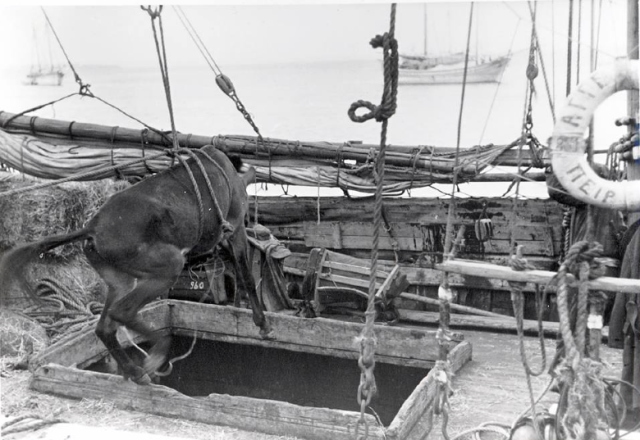 The boats had a special compartment below deck for the mules.  Nowadays a few harbours such as the arsanas of  Sk. Anna and Kavsokalivia have a mule service but the animals stay on shore and will not be transported by boat. 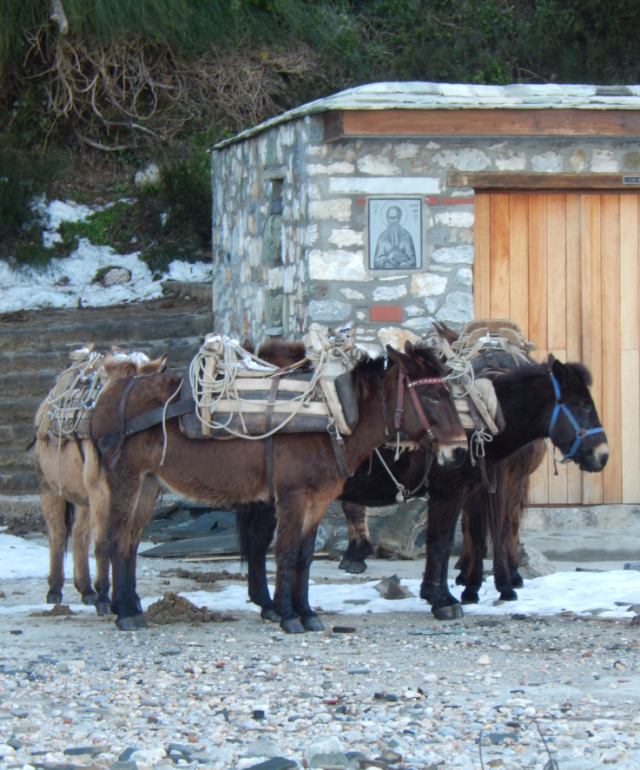 The mules of Nea Skiti are wating for their cargo arriving by boat. (jan. 2015) 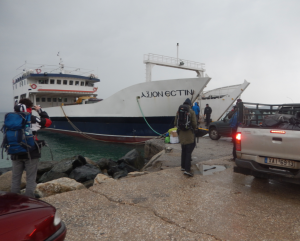 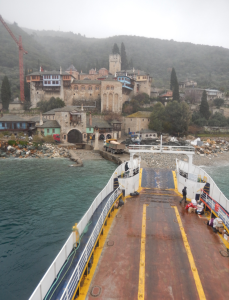 Cars and even trucks are used to transport luggage, supplies and people. The pier of Ouranoupolis and the arsanas of Docheiariou were the truck is just passing the new statues of  the archangels.

This entry was posted in arsanas, trip 2014 and tagged boat, Dolger, mules. Bookmark the permalink.