1697 – the interior of kelli of Father Alexi in Cucuvinu / Provata

After the “warm” welcome with a cup of coffee and old winter coats (see 1669), Father Alexi invited us in to have a look in his house.

Pligrim Jitze communicates by writing his name on a notebook.

The house next to his kelli in ruins. 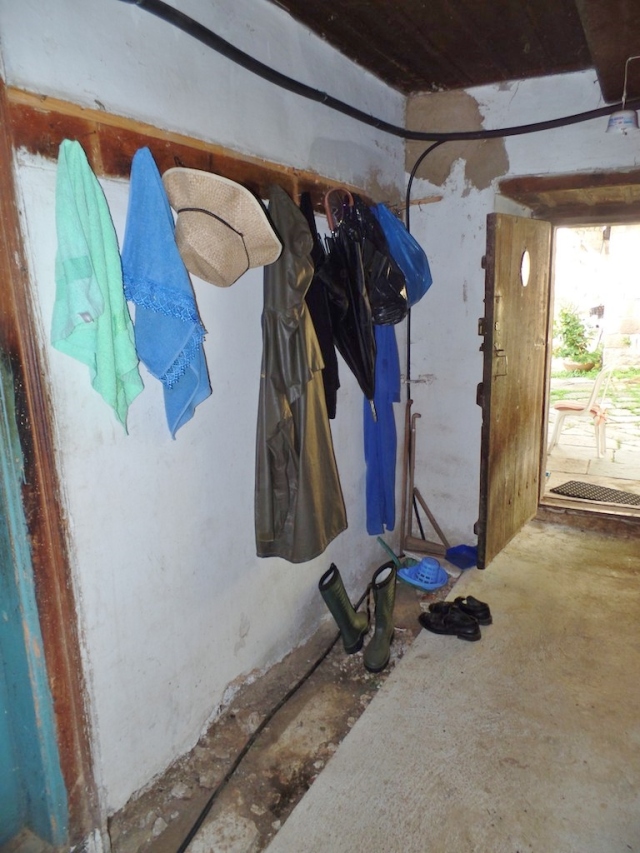 The hall of the kelli

At the end of the corridor we found this small church with its iconostasis (and colorfull carpet!). 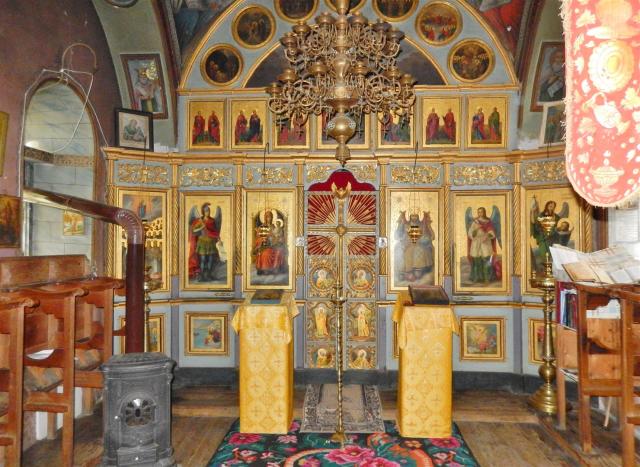 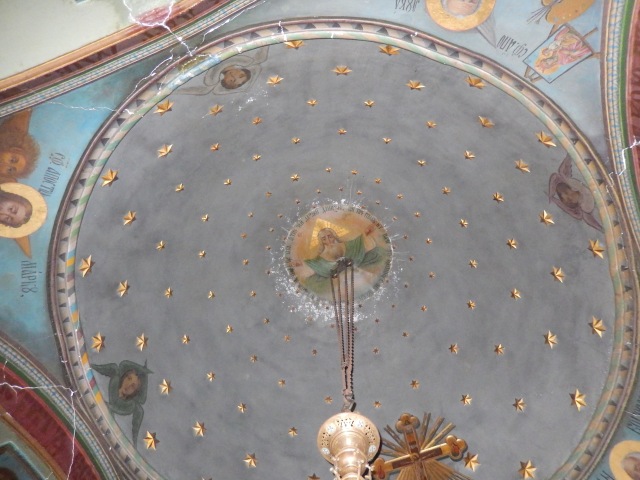 The ceiling was impressive with its golden stars, the cherubim and an image of God 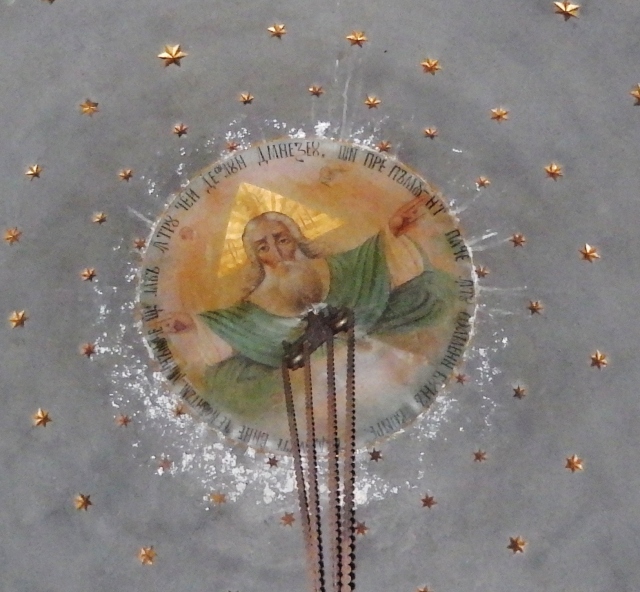 Detail of the ceiling with God strenching his arms and blessing the ones below. 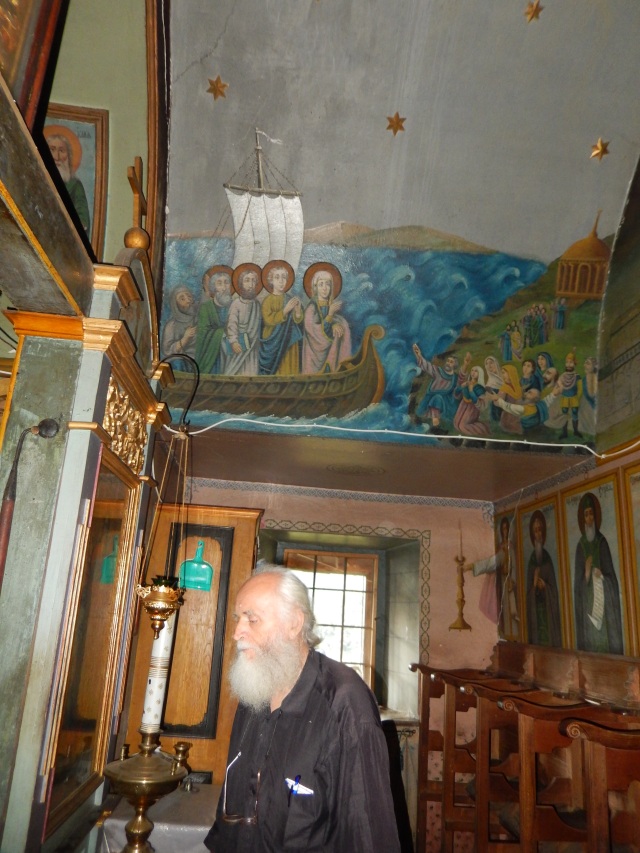 In the narthex on the left a painting of the Panaghia arriving at the “Garden of the Holy Virgin” and men ánd women welcomming her.

Detail of the last scene.

On the right side there is an interesting scene of the Portatissa icon of Iviron, that appeared in the sea. Look at the monk that tries to get the icon, a group of people watching on land and the detailed way the arsanas, the farm near the coast and the monastery is painted (see below).

Above the door: a scene from the Dormition of the Holy Mother of God: “And, behold, while they were carrying her, a certain well-born Hebrew, Jephonias by name, running against the body, put his hands upon the couch; and, behold, an angel of the Lord by invisible power, with a sword of fire, cut off his two hands from his shoulders, and made them hang about the couch, lifted up in the air”. 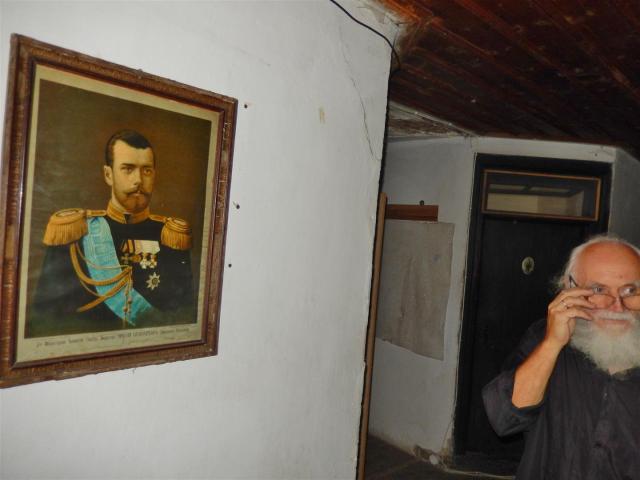 In the corridor: an image of, according to his looks, Tsar Nicolas II (?)! As if time stood stil in this place!

Detail of the Tsar portrait

Going to the first floor, the writer of this post follows Father Alexi

Cabinets and a dresser 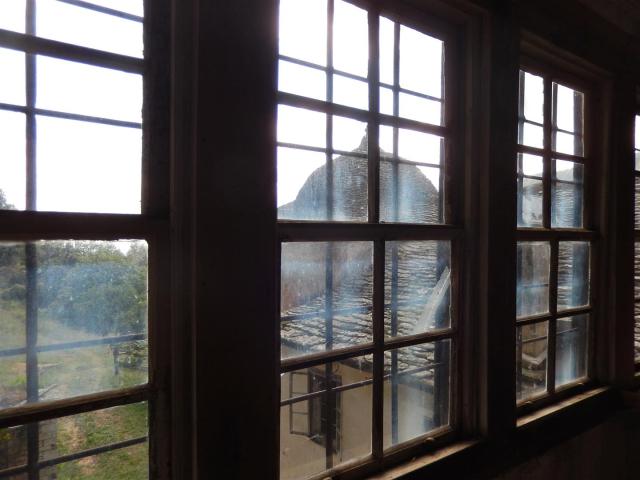 Looking outside towards the church

On the dresser: a coffee grinder and another Russian tsar, Alexander the 3th.

The name in Cyrillic Rumanian, Alexander the 3th.

Father Alexi really wanted us to see this beautiful stove, made in 1940: after seeing this room we went down again and had a look panoramic view of the surroundings on the terrace:

We said goodbye and thanked Father Alexi many times!

To continue our walk to Provata.

Like Loading...
This entry was posted in kellia, trip 2014 and tagged Moldavia, Provata, tsar. Bookmark the permalink.