In my previous posts about skiti Lakkou I mentioned the 14 huts that recently have been renovated and inhabited again. According to father Gabriel they only are allowed to build new houses at the place where a ruin of an old house stood. In other words, old houses can be pulled down or can be renovated, but it is not allowed to build a new house on a new spot.

Thanks Brother Valentin from Rumenia for sharing your recent input (see the comments). Wim, 16/3/2017

In September 2014 I got the chance of photographing almost every hut, except for nrs 11 and 12 (although we passed them om our way to Provata).

Hut nr 14 is stil under construction and by mistake I forgot the number the old hut near the church (A), so I numbered it 9A on the new plan below.

First I show the map with the numbers 1 to 9A:

Here are the pictures of the different houses of Lakkou: 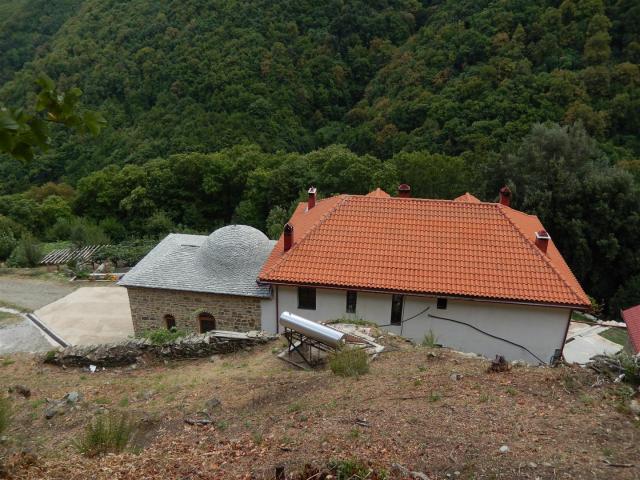 hut nr 2: seen from above

hut nr 2: climbing down the steps was not easy! 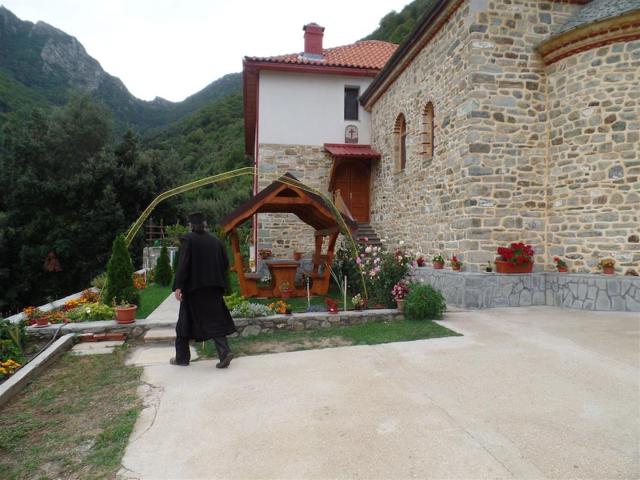 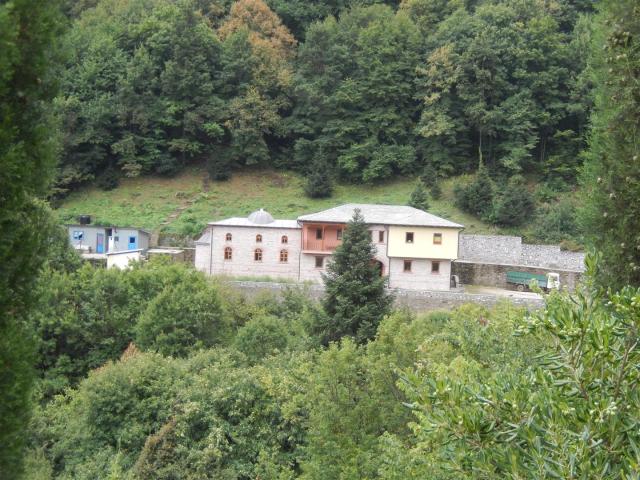 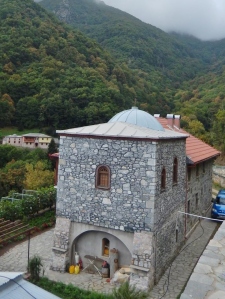 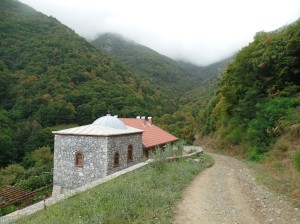 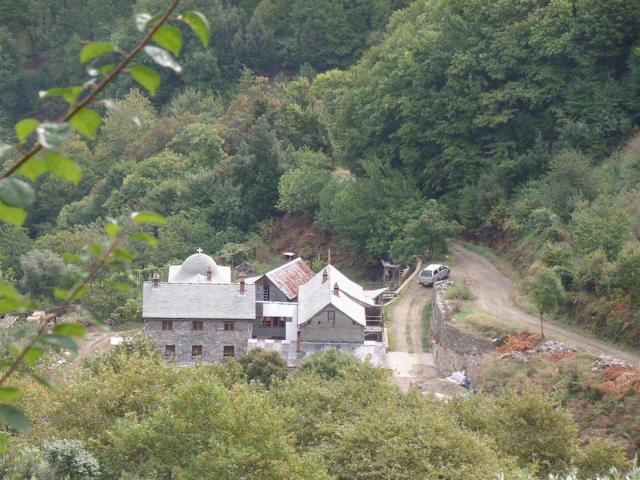 hut nr 6: the place were we slept. Below some more pictures of this hut: 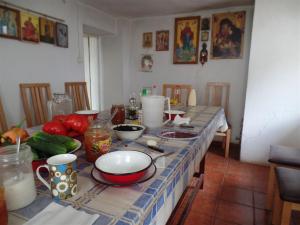 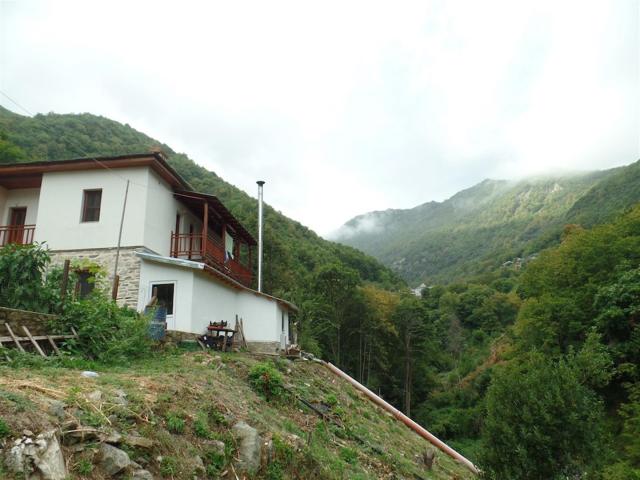 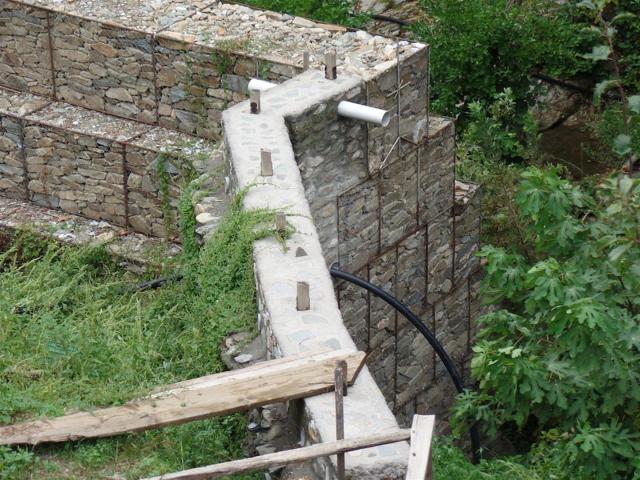 These thick walls had to be build because the house was threathened by the waters running in the river below: it almost glided down, according to Gabriel!

Hut nr 8: the most beautiful “villa” I ever saw on Athos: new, modern and spacious, with a big garden around it. 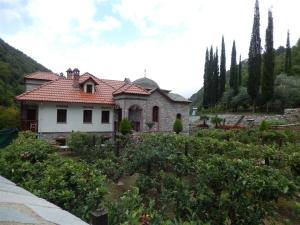 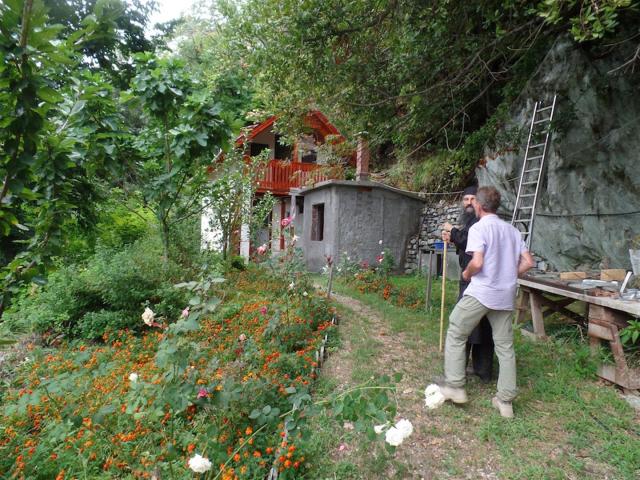 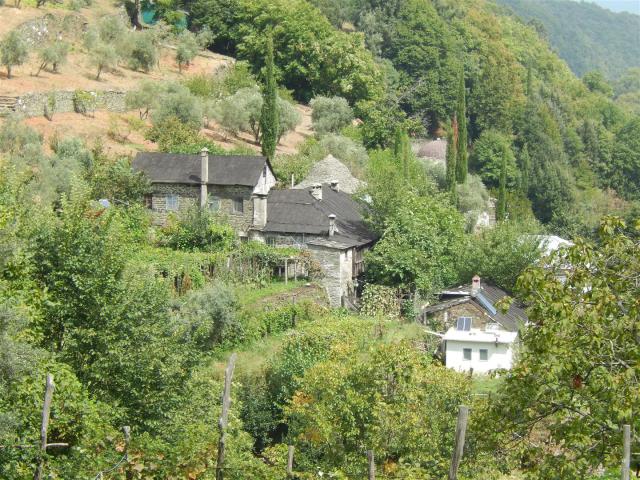 hut nr 9A: one of the older houses (not renovated yet).

NB. Hut nr 9A is added later to the Google map above (I overlooked it).

hut nr 9A: in black and white

hut nr 12, a little futher up the hill, in the direction of Morfonou. We didn’t climb to this hut.

I also did not take a picture of the new hut they were building in the neighbourhood of the church (see ? on the first map above). Father Gabriel also showed us some ruins of old houses lying in the dark dence forrest. Here an example of an old house: 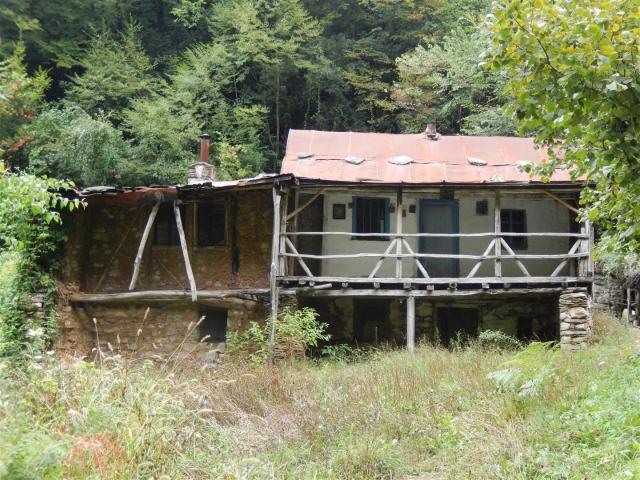 I will finish with a picture of the Antiathonas top: it was time to move on, after a “tour”of 1,5 hours.  The following day we would take one of finest monopati’s I ever walked on the Holy Mountain! Next time more! 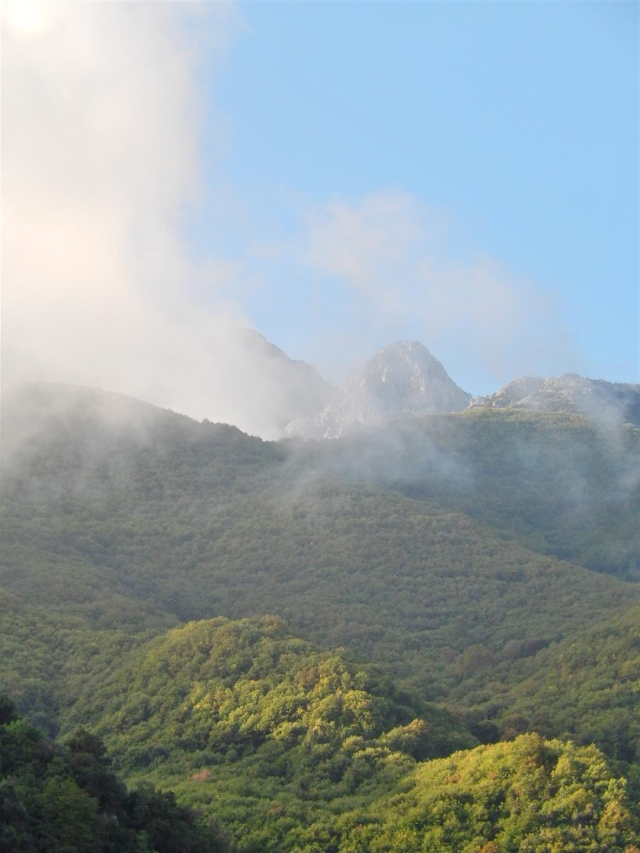 If you want to know more about small Rumenian convents on Athos, read this and if you can read Rumenian, go to this site ,where I found the postcard of Lakkou. 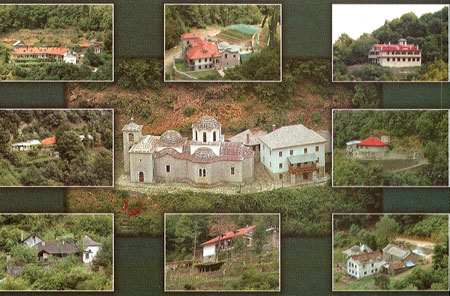 This entry was posted in Skiti Lakkou, trip 2014 and tagged huts. Bookmark the permalink.