1674 – The little bridge between Grigoriou and Dionysiou

Posted on February 6, 2015 by athosweblog 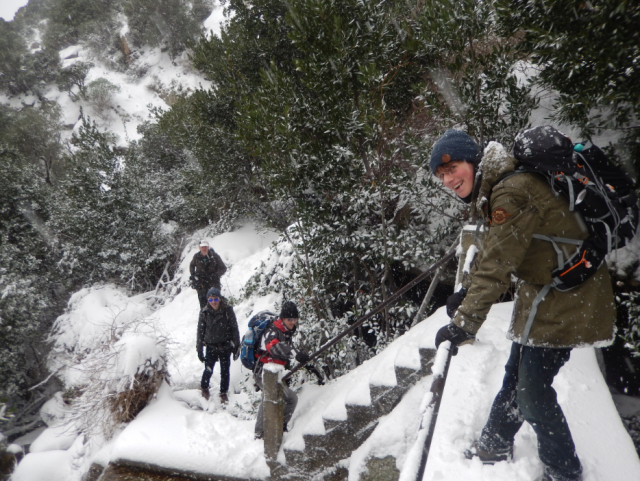 When we walked from Gregoriou to Dionysiou in the fresh snow on the last day of the year 2014 I recognized this tiny bridge. It was the third time I was here.

This time I crossed the bridge with my son who is 17 years old. (photo by one of the brothers Kamps).  But in the summer of 1997, 17 years ago, I walked the path with my good friends Jaap Z. and Fred P. under quite other wheater conditions. 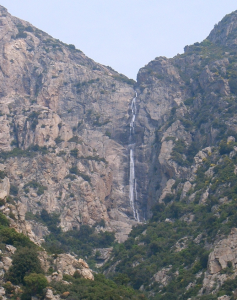 The bridge crosses the Cravanisti waterfall, here on the left, photographed by Wim Voogd in yet another year. The water is coming from the second largest mountain on the peninsula, mount Antithonas, 1033 m. and mount Plamara, 889 m. high.

This entry was posted in trip 2014 and tagged bridge, monopati, snow. Bookmark the permalink.

1 Response to 1674 – The little bridge between Grigoriou and Dionysiou