I will finish our visit to Esfigmenou with some pictures of the courtyard. Unfortunately we, non-orthodox pilgrims, are not allowed to visit the service at the Katholicon and cannot eat together with the monks in the trapeza. After dinner I tried my best to persuade the monk who is in charge of the library, to visit it. After a long thought he exused himself by telling that he did not know me well enough and that the library was being renovated at the moment, so I missed a change of seeing the tent of Napoleon.

Soon after this conversation a monk came to me and asked if we were from Holland. When we confirmed his question he started talking Dutch and it showed out that he had been living in Amsterdam for couple of years! During the Yougoslavian war he fled from Serbia and got asylum in Holland. But he did not find his way in Amsterdam: he met the wrong people and ended up using hard drugs and got adicted. On Athos he found a way to resume his life and he felt happy living in the Greek monastery Esfigmenou.

Here is the plan of the courtyard: 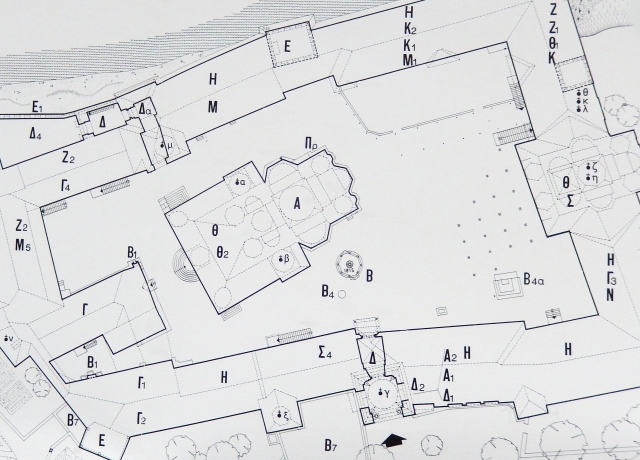 The guesthouse is situated at Z2: inside there is room where you have to wait for the archondaris: 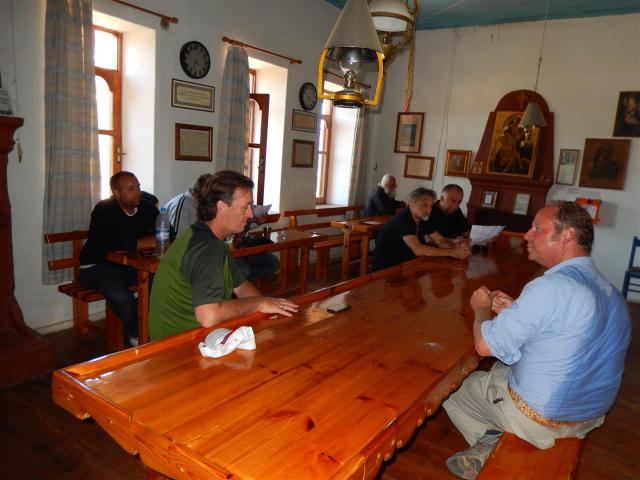 The courtyard and katholicon seen from the archondariki. On the left is the trapeza, with a large banana tree in the centre. 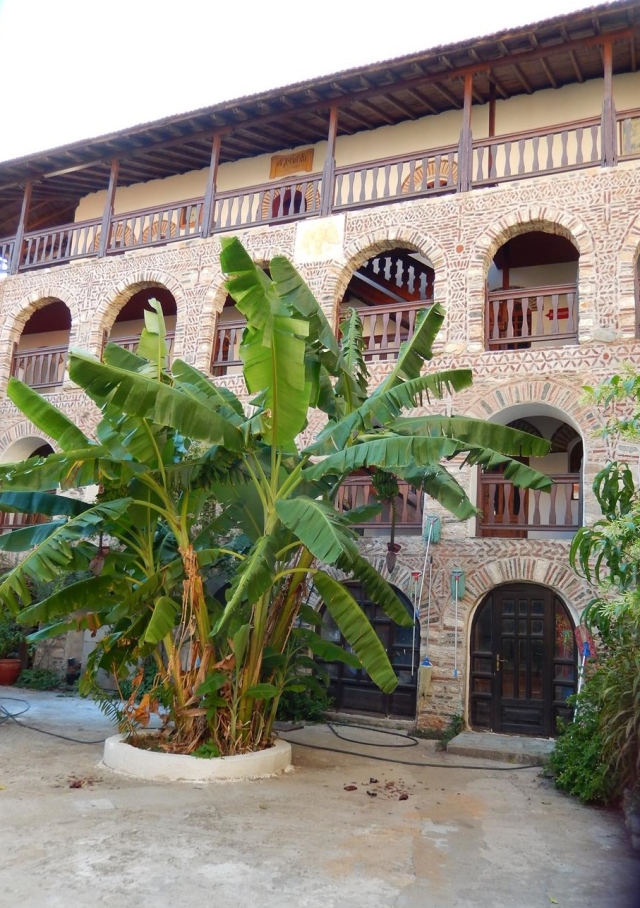 The archondariki with the banana tree

Seen from the archondariki: the katholicon on the right and the sea side tower (E) and chapel on the left (chapel m).

The stairs in the archondariki

A corridor near the guesthouse near the monks cells (building M).

A corridor just under the roof

A room with a view

Photo from tower E, behind the katholicon, with the unfinished Rumanian en Russian chapels and the library in the South wing. 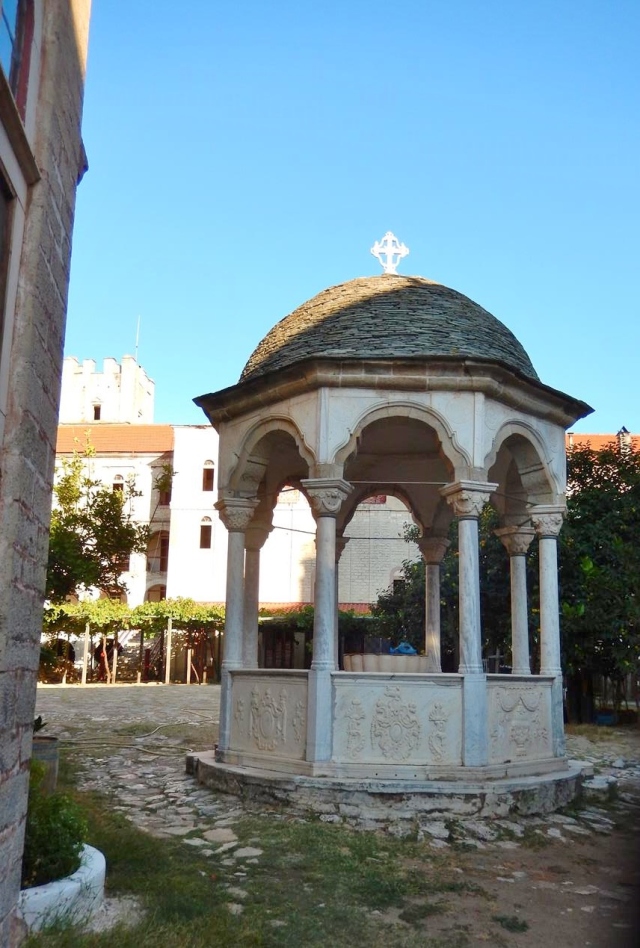 The bell (Delta on the map) above the entrance 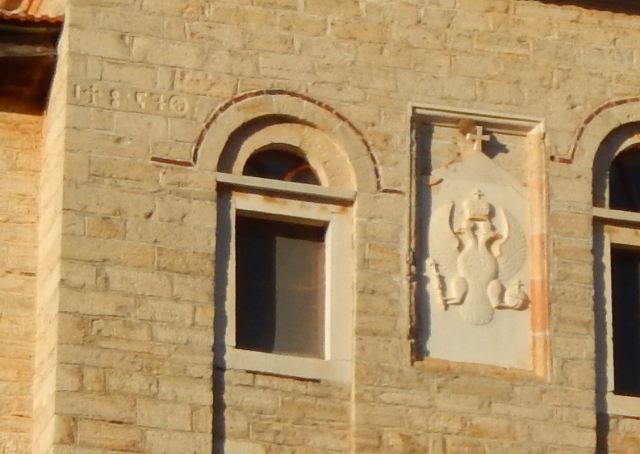 The kitchen next to the trapeza

Pots and pans in the kitchen 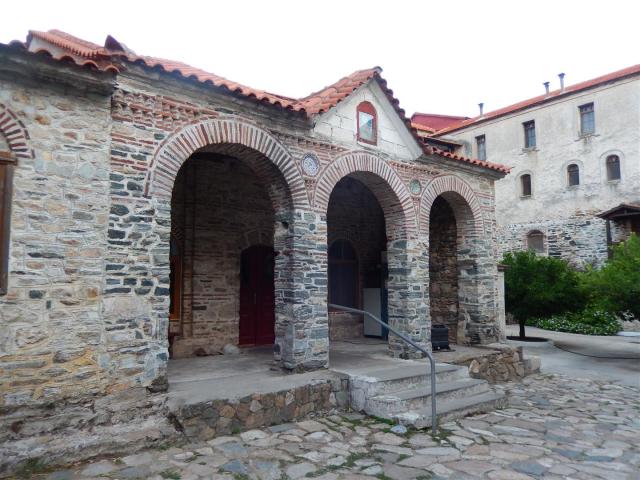 On the opposite side: the round stairs to the katholicon

A painting above the entrance to the katholicon 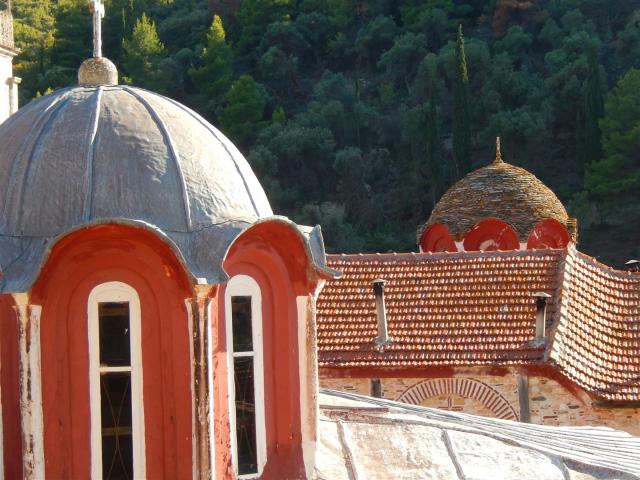 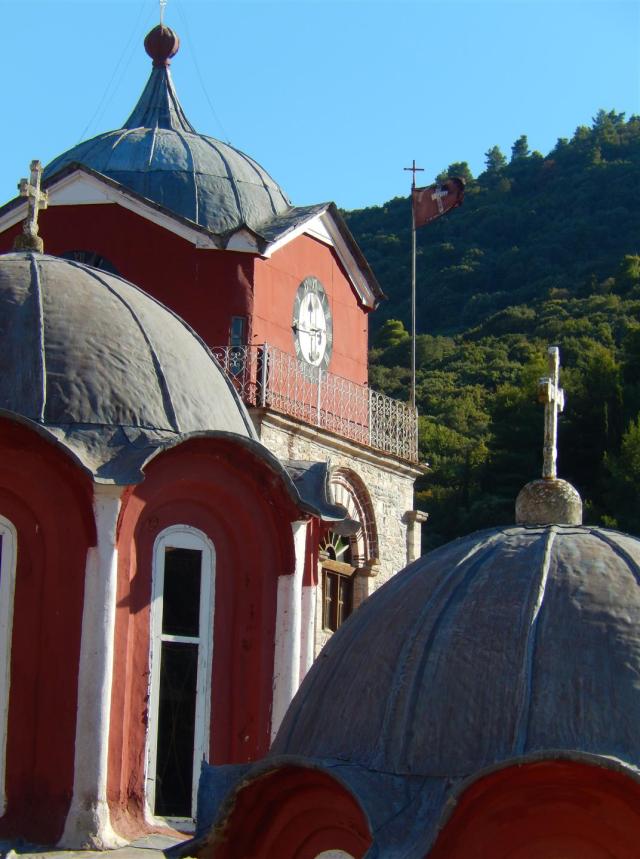