Tom Whipple is a British journalist who visited Mount Athos  4 times. He wrote an interesting article published in INTELLIGENT LIFE magazine april 2014. Here are some  parts of his writings:

“Over four visits here, I have never quite established why and how it decided to ban women. The official line is that the Virgin ordained it—to shield the monks from temptation and ease their route to heaven. A more secular explanation is that, some time in the 11th century, the Patriarch of Constantinople discovered that the shepherds employed on the mountain to supply the monks were selling them not just wool, but also their daughters. Females, of both the human and ovine variety, were banned forthwith”. 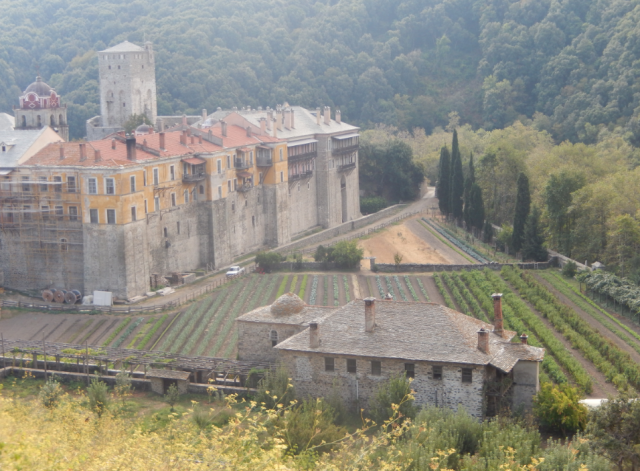 “Calling Athos medieval risks demeaning it as a museum, or a curiosity. And yet, it is the closest to the medieval world I have ever come, an institution with an unbroken link stretching back 1,000 years, that has seen little need to change. Indeed, its religious importance probably goes back further. There are remains of Greek temples, their stones and carvings recycled—like civilisation itself—into churches. After the pagans came the hermits, who lived here probably for centuries until, as the writer Robert Byron put it after visiting in 1927, “history opens in the ninth century”, with the first written records. It was then, in 881, that an official decree from Emperor Basil I of Macedon made the mountain a protectorate of the monks”.

“To understand Athos you have to accept it is magic. Not in the sense that the supernatural actually occurs: at least, not so far as I am concerned. But here people really believe in magic. Every monastery, even the lowliest, has its “miracle icons”. In one there is an ancient painting of the Virgin, saved from the iconoclasm of early Orthodoxy, that reputedly screamed out in pain when the monastery was set on fire. Still blackened from the ordeal, she receives medallions and offerings from people who want her help”. 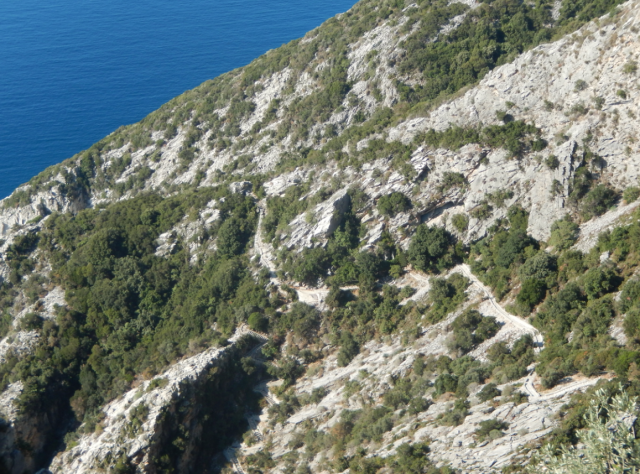 “So my meeting with the hermit is unusual. Back on our trail, we walk in silence once more. It is a blazing hot day, but the forest is barely penetrable, even to the sun. Unlike the managed woodlands in Britain, it is a forest where every leaf fights to prevent any photosynthesis on the layer below. On a previous trip, I had wandered into the Athos forest seeking a short cut. An hour and a half later, I emerged covered in scratches. Afterwards a monk told me that pilgrims die that way. So I am grateful for a guide”.

Read the whole article by Tom Whipple: Sermons on the Mount.

Photo’s by hv: Philotheou, Iviron, Koutloumousiou and footpath near Nelios.

This entry was posted in events and tagged Whipple. Bookmark the permalink.