Posted on February 9, 2014 by athosweblog

Gregoriou is first mentioned in documents of 1347 and 1348. In 1489 it is decribed as being Serbian later it was Greek again. It was burned down about 1500.  A second fire burned it in or about 1761. The monastery dates from after this disaster.  In 1974 the monastery received an influx of monks from Euboea (Evia) led by Fr George Kapsanis, an academic  theologian who had been a professor at the Univerity of Athens. (Graham Speake , Renewal in Paradise and S. Loch, Athos the Holy Mountain)). The photo above is from 2011. 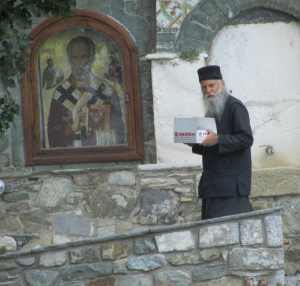 In 2013 a monk from Gregoriou walked out the monastery with a box in his hand when the boat sailed into the harbor . He clearly was expecting a special guest which he welcomed by giving him something from the box. A friendly encounter which I photographed while standing on deck of the boat.

The Katholikon with nice mosaics and two clocks showing the regular and the Athos time. 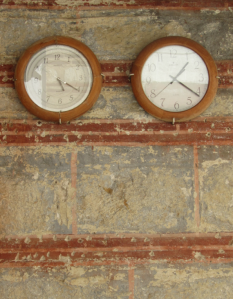 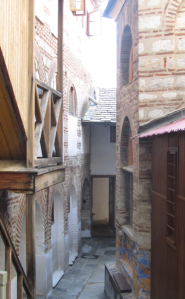 Two clocks, the mosaic of St. Nicholas and the narrow courtyard of Gregoriou. 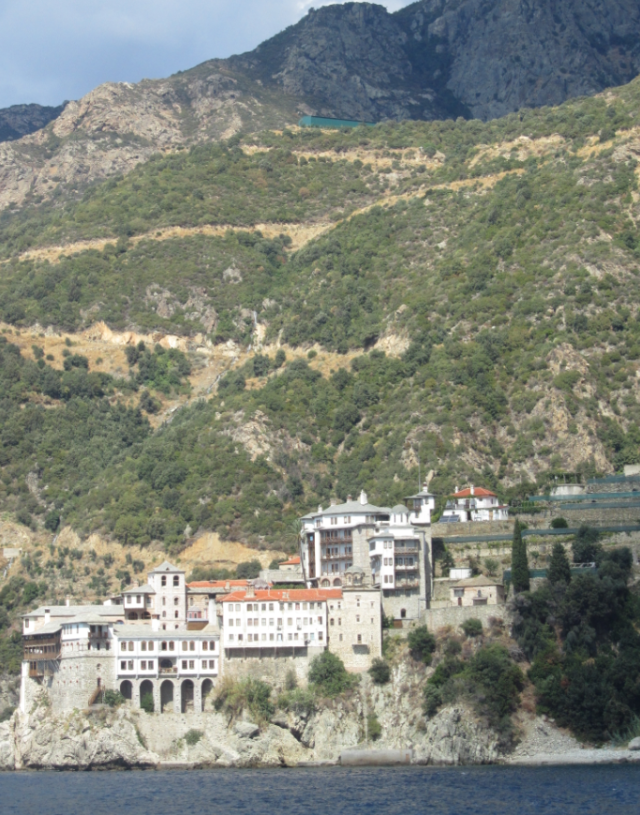 Monastery of Gregoriou in 2013

This entry was posted in 17 Grigoriou and tagged Graham Speake, Serbia. Bookmark the permalink.

1 Response to 1510 – Gregoriou: a warm welcome for a pilgrim