Posted on February 3, 2014 by athosweblog 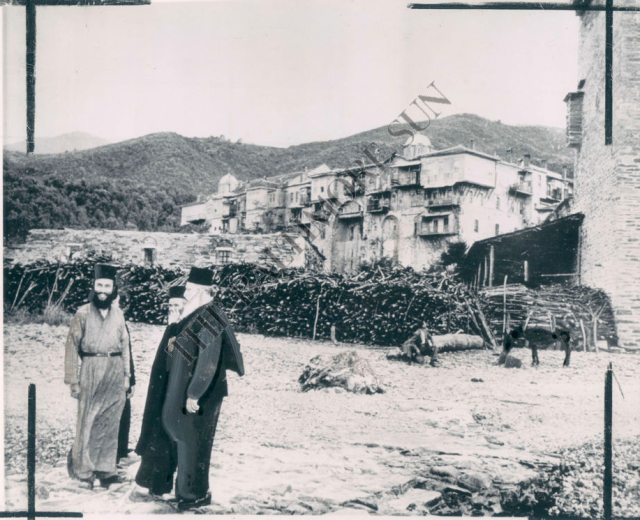 Apart from the shops in Karyes and in the monasteries there is not much visible commercial activity on Athos. Here you see the timber trade. Most of the monasteries own large parts of forestland on the pensinsula and they sell the timber which it provides.  Just outside the monastery of Iviron the timber is stored in 1963 but also 50 years later in 2013. Photo thanks to The Baltimore Sun.

Large trucks are used to transport the wood to the mainland. Graham Speake says: There had been a small-scale timber industry in operation since the early years of the 20th century. The Aleppo pime, particularly widespread in the northern parts of the peninsula, grows tall and straight and has apparently provided the raw material for the great majority of Greece’s telegraph poles. Renewal in Paradise page 204. The exploitation of timber was the start of bulldozering a large number of dirt roads. Unfortunately now there is a complete network of dirt roads across the whole peninsula.

A stack of bark at the Iviron arsanas with Stavronikita in the background.