1503 – Athos and the Second World War: more pictures and texts

In my search for more pictures about Athos I found these below. Most of them are taken by German “Wehrmacht”-soldiers, who had an outpost just above the Rumenian Skete Prodromou. 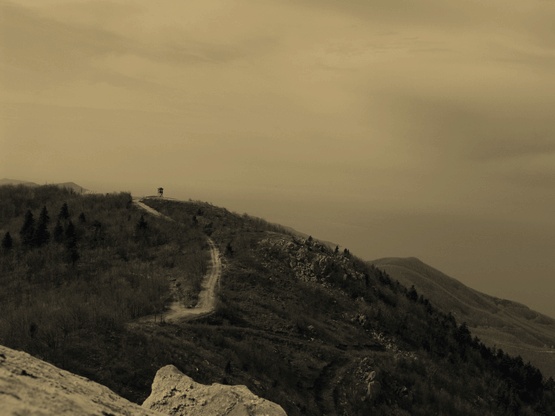 The German observation post on the slopes of the Athos mountain, not far from skiti Prodromou 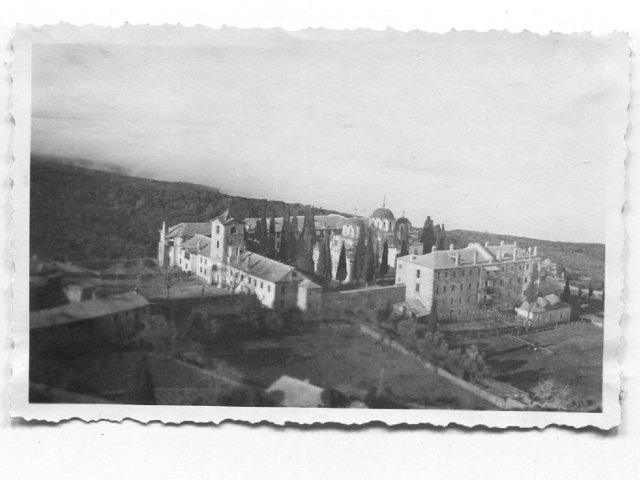 A picture of skiti Prodromou shot by a German Wehrmacht soldier, probably from the observation post

Another picture from a Wehrmacht soldier: an Athos church with a monk

The third picture from the Wehrmacht-soldier: the interior of a church with a monk in front of a iconostasis 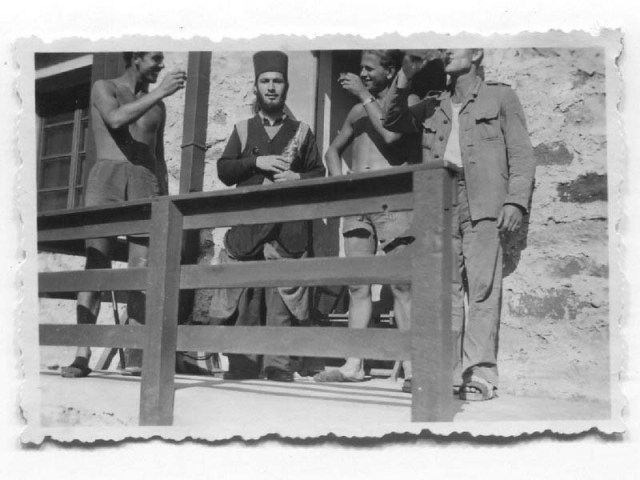 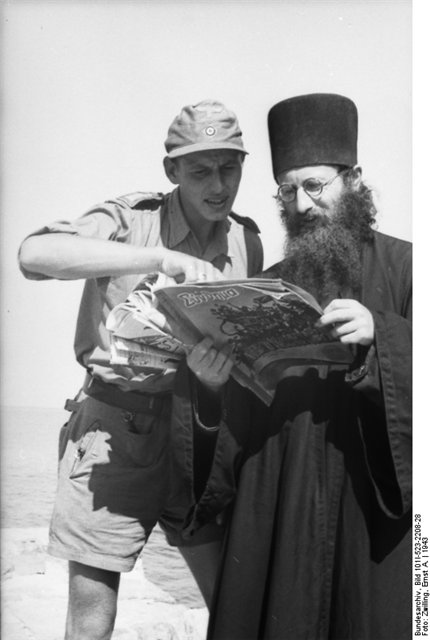 A German soldier in 1943, showing a Greek magazine to a monk 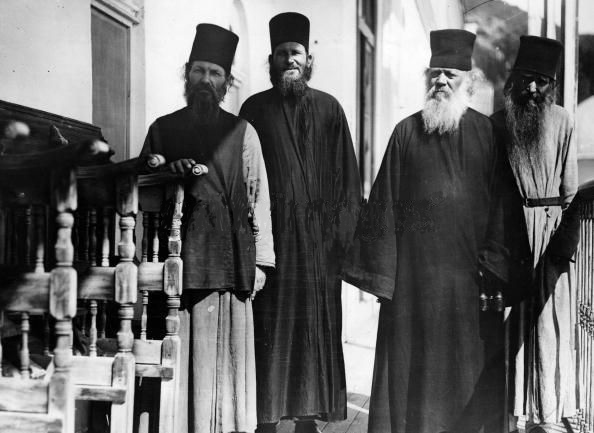 Finally I want to show you some copies of the guestbook from Sografou with notes made during the Second World War made by German and Bulgarian soldiers. The copy was presented by a monk to my Athos friend Jan Paul ten Bruggencate, who visited this monastery a long time ago. “You should have this information and bring it with you”, said the Sografou monk, but what his real intentions were stays unclear, because the information is – as far as I can read –  not very shocking. Most texts are in German, with remarks about the special Athos hospitality and in one case ending with a “Heil Hitler”. The names of the soldiers are difficult to read: I did not found any names that I mentioned in previous posts (see our category War).

2 June 1941: a German text from at least six soldiers (Luitenants): Dr Crämer, Dr Hans Gerster, Wilhelm Trey: ending with “this visit is one of the finest memories of our life…”

18 March 1943: Bulgarian text: thanks to Jan Paul ten Bruggencate the text is translated!:

For the great and revered father Vladimir , for the father Pamaret and for the entire spiritual brotherhood of the famous Bulgarian Monastery – Holy Georgi the Victorious – ( Zograph ) , I express my great gratitude for the hospitality and the warm welcome that has been bestowed upon us during our stay on the 13th, 14th , and 15th March 1943.
May the Supreme Creator and the Most Holy Mertyrer Georgi give them health, happiness and long life , so they can work committed to the preservation of the Bulgarian treasures and lore . 15.III.1943
signature

5 April 1943: a German text: “hoping that there will be peace soon for our nations….” Heil dem Führer Adolf Hitler! and Heil dem König Boris! (by Theo Piepe and 4/5 others)

28 March 1943 and 7 April 1943: a German text from 4 persons: the SS-Hauptsturmführer (name illegible) and Georg Mayr – SS Obersturmführer – and others

The last text is from  2 February (?) 1944 and is in Bulgarian, translated with the help of my Athos-friend Jan Paul.

For a German “Wochenschau” about Athos in the Second World War look here:

This entry was posted in Prodromou, war and tagged Second world war, Wehrmacht. Bookmark the permalink.

2 Responses to 1503 – Athos and the Second World War: more pictures and texts