The yellow eagle flag on the Esfigmenou monastery with the black flag which represents the resistance of the monks against Patriarch Bartholomew who stands for a better relationship with the Vatican.

The Orthodox church of the exaltation of the cross at Perissa, Santorini where I stayed with my family in may this year. 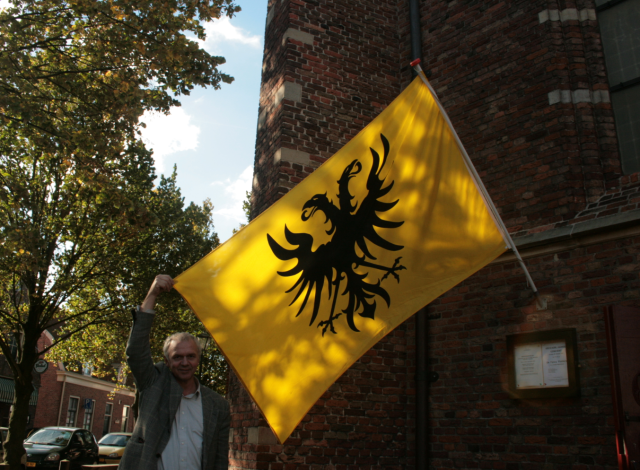 The doubleheaded eagle flag is not only a symbol of the orthodox church, This for instance is the flag of the village of Naarden in the Netherlands showed by your webmaster. A universal symbol but mostly the symbol of the Orthodox church.

This entry was posted in Orthodoxy and tagged double headed eagle, flags. Bookmark the permalink.