The Athos-mountain: Reuter has heard that the representatives of the major powers that Athos will become an independent “religious republic”.

The monks of Mount Athos – Monks of the Mount Athos protested against the intention of the (major) powers to make Athos a seperate republic and they asked for annexation by Greece. 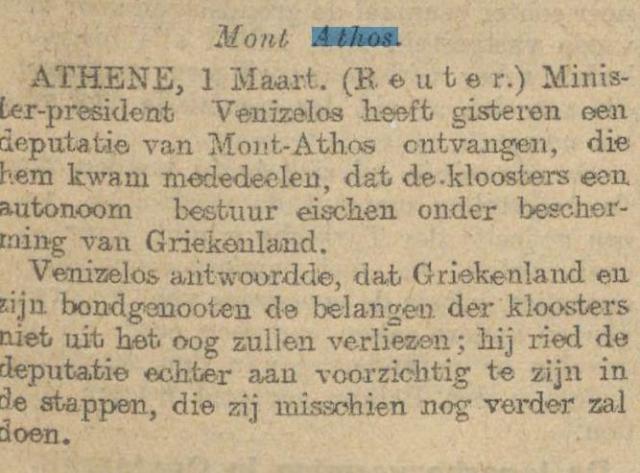 Prime-minister Venizelos received a delegation of the monks of Mount Athos: they demanded an autonomous administration under protection of Greece. Venizelos promised that Greece and its allies would not forget the interests of the monasteries, but he advized them to be behave prudently. 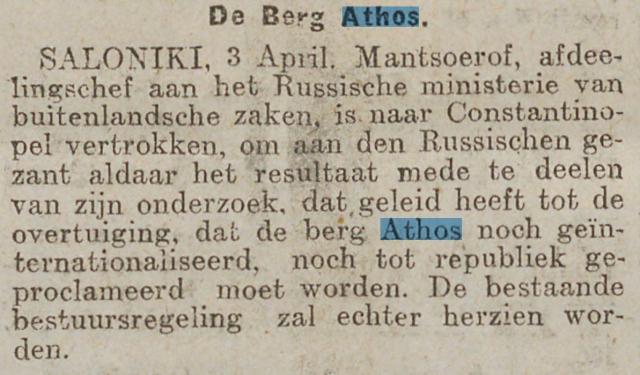 Mantsurof, head of the department of the Russian ministery of Foreign Affairs, travelled to Constantinopel to share the outcome of an investigation with a Russian delegate, believing that Athos would neither be internationalized, nor proclaimed to be a republic. But the existing  administrative rule should be revisited. 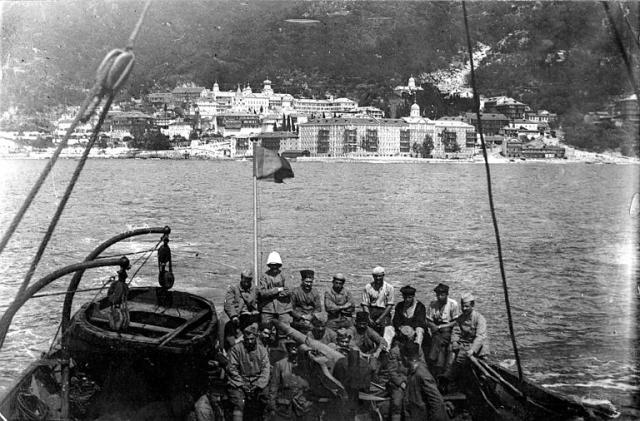 Because of new disturbances in the Russian monastery Panteleimon on Athos a a Russian detachment went ashore, using violence to restore the order. All  troublemakers have been brought to Russsia. 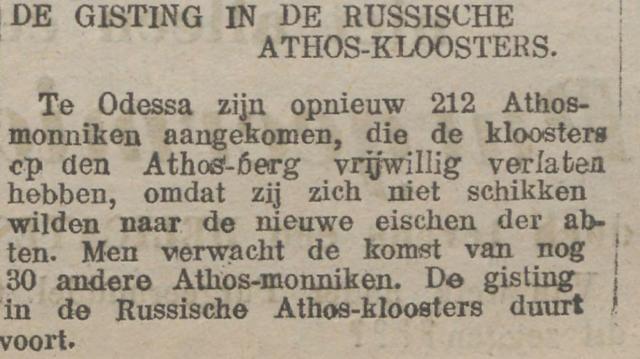 7 August 1913 – the agitation in the Russian Athos-monasteries.

Again 212 Athos-monks arrived in Odessa, who voluntarily left the Athos-mountain. because they would not agree on the new demands of the abbots. Another group of 30 Athos-monks was due to arrive. The agitation in the Russian Athos monasteries continues. 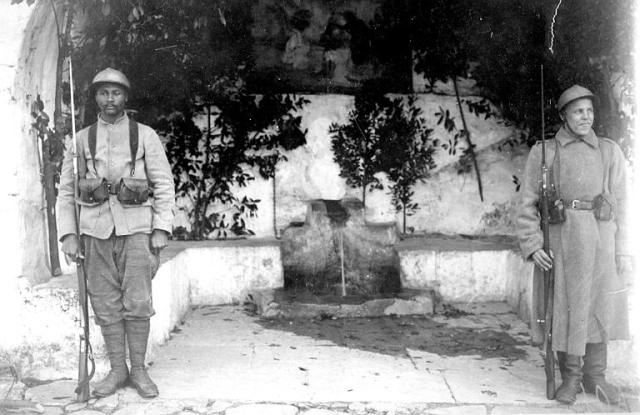 The last to newspaper clippings are referring to the Heresy of the Name conflict. In June (july? hv) 1913 a small Russian fleet, consisting of the gunboat Donets and the transport ships Tsar and Kherson, delivered the archbishop of Vologda, Nikon (Rozhdestvensky), and a number of troops to Mount Athos. The poll organized by the archbishop had shown that among 1700 of St. Panteleimon Monastery’s monks, 661 monks identified themselves as imiabortsy, 517 as imiaslavtsy, 360 refused to participate in the poll, and the rest identified themselves as neutral. In May and June archbishop Nikon held talks with the imiaslavtsy (heretics who believes that the name of God is the same as God) and tried to convince them to change their beliefs voluntarily, but was unsuccessful. On July 31 the troops stormed the monastery. Although the monks were not armed and did not actively resist, the troops showed very heavy-handed tactics. They set up two machine guns and a number of water cannons, and the soldiers were ordered to beat the monks with their bayonets and rifle butts. Allegedly, four monks were killed and at least forty-eight were wounded. After the storming of St. Panteleimon Monastery the monks from the Andreevsky Skete (Andreou) surrendered voluntarily.

The military transport Kherson was converted into a prison ship. It took 628 monks to Russia and on July 9 set sail to Odessa. Forty monks were left in the Mt. Athos hospital, judged unable to survive the transportation. On July 14 the steamship Chikhachev delivered another 212 monks from Mt. Athos. The rest of the monks signed papers that they rejected the imiaslavie.

After interrogation in Odessa, 8 imprisoned monks were returned to Athos, 40 put into jail, and the rest were defrocked and exiled to different areas of the Russian Empire according to their propiska. One of the leaders of the imiaslavtsy, Antony Bulatovich, was sent to his family estate in the village Lebedinka of Kharkov gubernia, to where many imiaslavtsy moved. Read here the background of this conflict http://en.wikipedia.org/wiki/Imiaslavie.