Today I will show you a collection of miscellaneous postcards and images of Athos, that gathered from the internet in the last months. The first picture is from two men near a well, probably in the beginning of the last century, but I am not sure if this photo is taken on Athos. The text with the photo said: “Old cabinet photo Athos”. My guess: could it be somewhere outside the Lavra monastery?

Next are some postcards from the Athos mountain:

Monks on the top Early postcard from the harbor of Dafni: 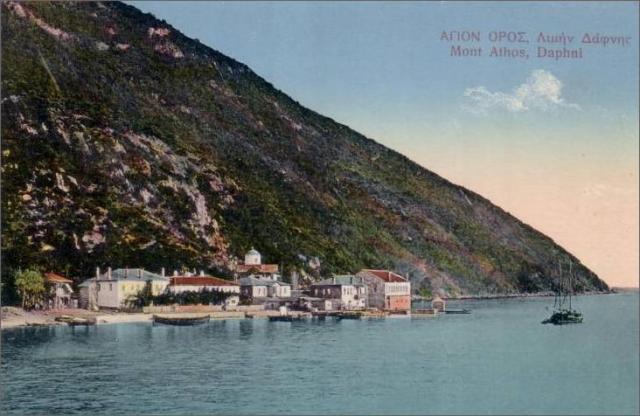 And some postcards from the capital Karyes, starting with a picture of some unknown building an the second is from the Konaki buildings of Chilandariou: 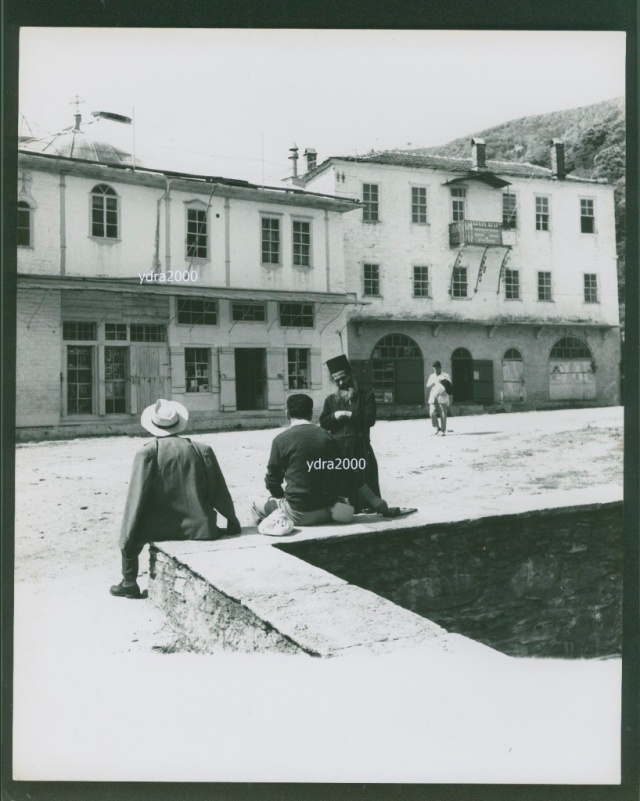 Central square Karyes near the Protaton 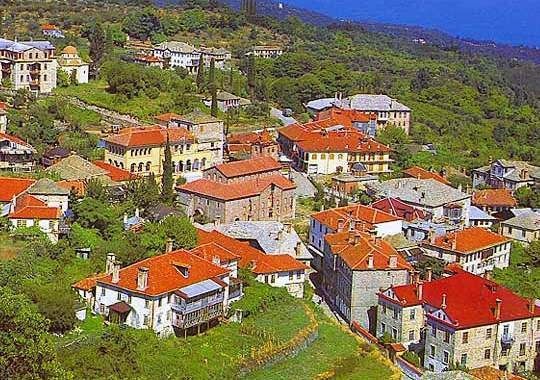 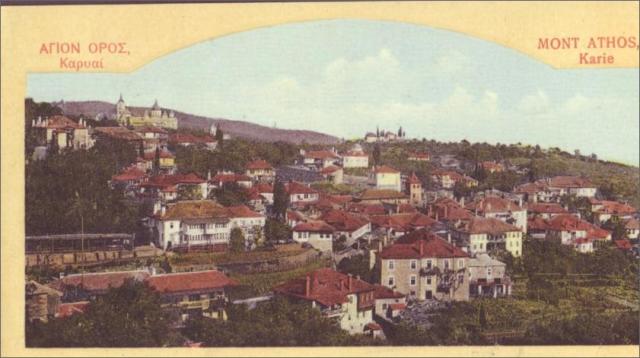 Skiti Profitou Eliou, before the church was build 1910-15

The same spot, now with the church

Skiti Andreou, the old building, before 1900 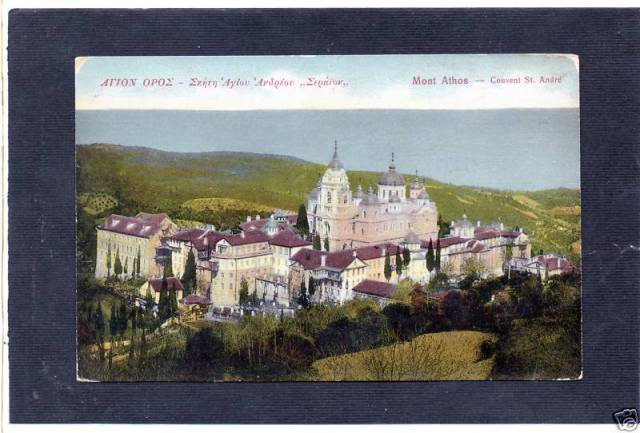 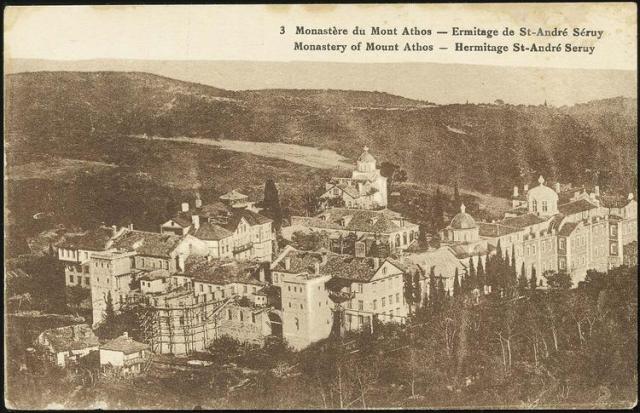 The Skiti before 1900, without the church 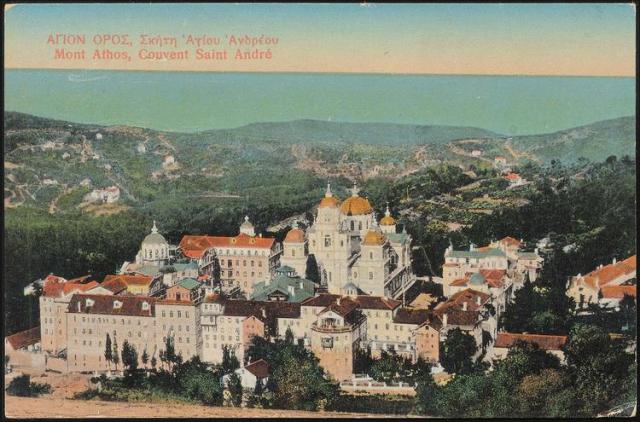 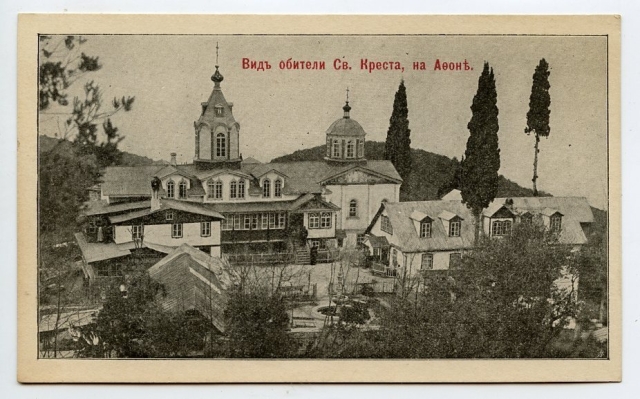