According to this article from the first of February 1913 King George intended to visit Mount Athos, together with his Russian wife Olga, not long after the Ottoman rule of Athos ended in 1912 (after 500 years!).

The same article in English from 8 February 1913:

The monks did not refuse the visit immediately, but it caused “a great flutter” and they summoned a council to alter their statutes and welcome their Queen (???).

The article does not mention if the Queen actually made this visit to Athos in 1913,  at least, I have no knowledge of it. King George was assassinated in Thessaloniki only a couple of weeks later on 18 March 1913…. 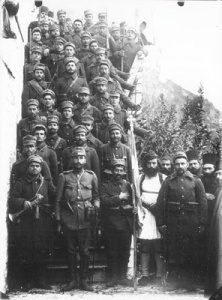 A colourised photo above shows guards of a Greek monastery in Mount Athos after having repelled Bulgarian invaders (1913). Some are possibly monks and there is one Gendarme among them. 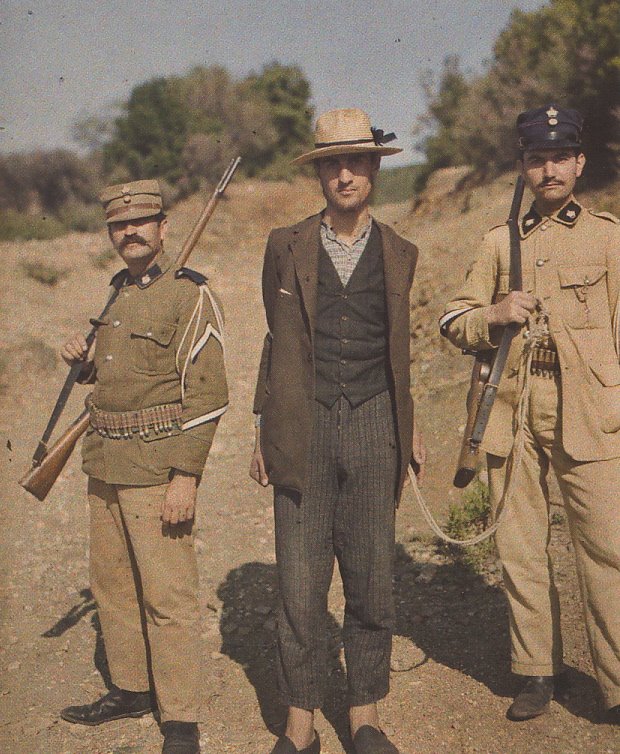 Mount Athos 10 September 1913 by Stéphane Passet: this image was taken in the weeks after the Second Balkan War near the Grand Lavra monastery on Mount Athos.

This entry was posted in books, history, women and tagged 1913, women. Bookmark the permalink.