Posted on February 7, 2012 by athosweblog

In Blog number 1269 and 1270 I showed you pictures of some houses where the presentatives of the monasteries dwell during their stay in the capital. Today we start at the red nr. 3 on the map.

Number 34 on the map is Konaki of Konstamonitou. It was difficult to come close and take a picture, at least I could’t find a path or any other way to get near. I decided to walk through the garden of building 29 (Konaki Xenofontos), and zoomed in on the building as much as possible. 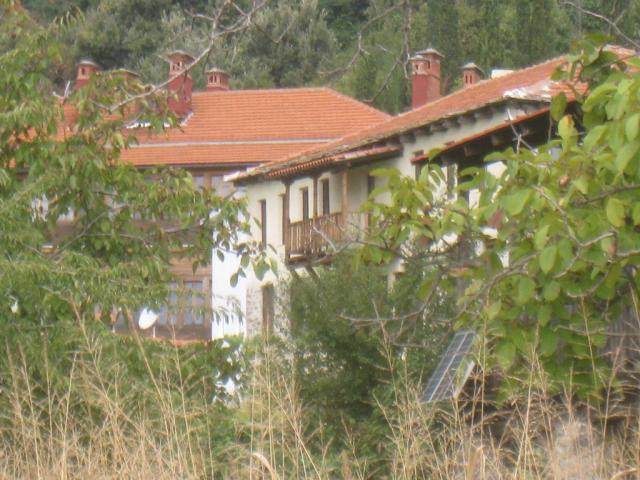 Balcony of the Konstamonitou Konaki

From nr 3 on the map I took this photo of the renovated Protaton church and its belltower. Luckily the protecting roof has been dismantled, but inside the church it is still a mess. Iron beams and scaffolds take away the view of the splended freso’s of Panselinos. How long will it take before we once again can enjoy the “Sistine Chapel” of the Orthodox world ? 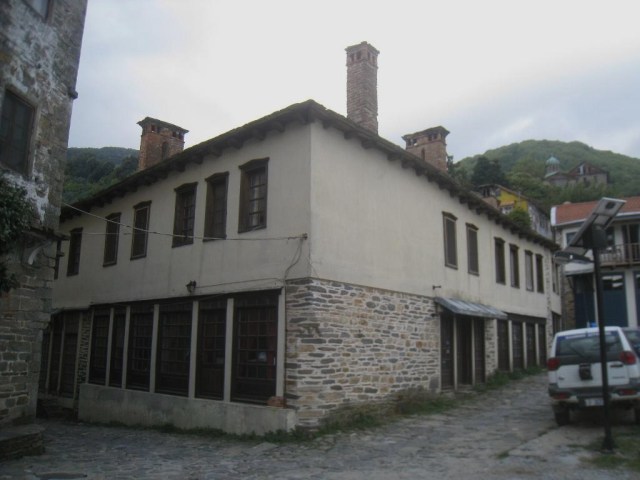 Nr 46: the Konaki of Xeropotamou

Near 46 Konaki Xeropotamou (at your left) and on your right the police station (nr 35 with Greek flag). The door immediate on the right used to lead you to the other restaurant that is closed now. It was a dark and dirty place, in 1980 a drunk monk was sitting in an obscure corner, just like a scene from a Harry Potter movie.

Nr 37: the Konaki of Iviron

The door to the Konaki of Iviron 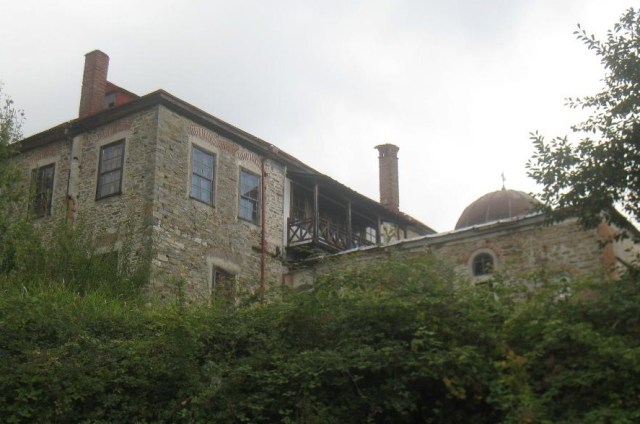 The backside of the Konaki of Iviron with a small church 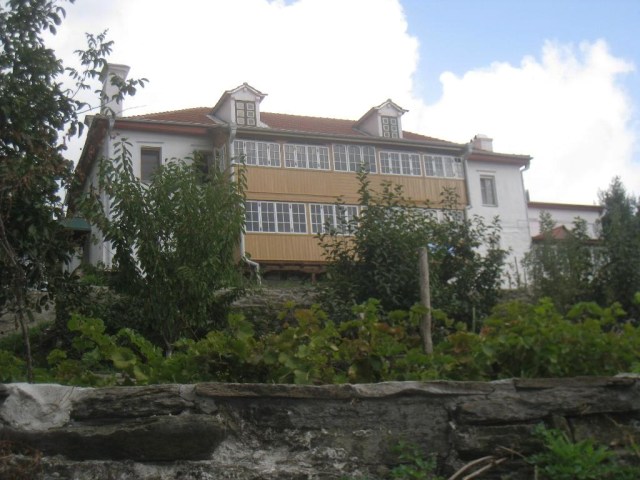 Traffic victim: a dead snake! This ends the pictures from the Konaki. After a next visit to Athos I will try to show the five missing buildings. What follows are some pictures of other buildings in Karyes.

Nr 38: the bakery: do pass by to buy fresh bread or a spinach of cheese snack

The smell of warm and fresh bread (and thiropita in the niche)!

Photo from the backside of building 23, the Konaki of the Esfigmenou. On the background again the new building (now nr 23A). According to our helpfull readers the new building also belongs to Esfigmenou, but I wonder if the inhabitants represent the “Zelotes”, or the original owners of the monastery. 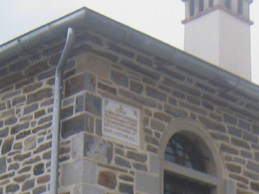 I found these drawings of the new building on the Esfigmenou site. 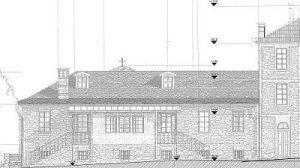 Kelli Chilandariou: nr 26 on the map 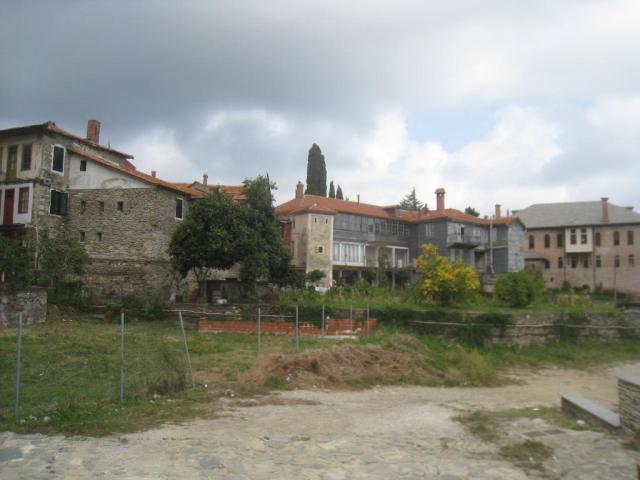 This ends my collection of photo’s of the Konaki and other buildings in Karyes. Next time we’ll go to Koutloumousiou.