In blog 660 we showed you one picture from the 1983 National Geographic magazine (with a discussion if this picture was fake).

Today we will show the rest: the picture are made by James L. Stanfield. 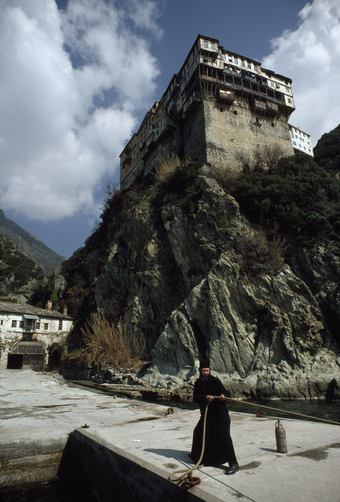 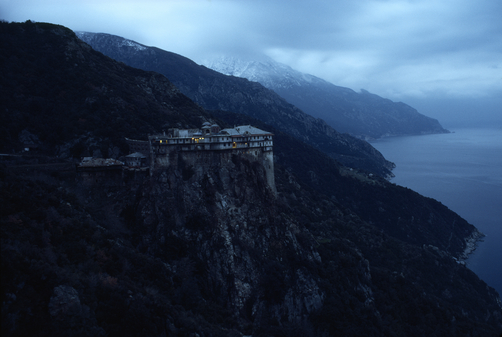 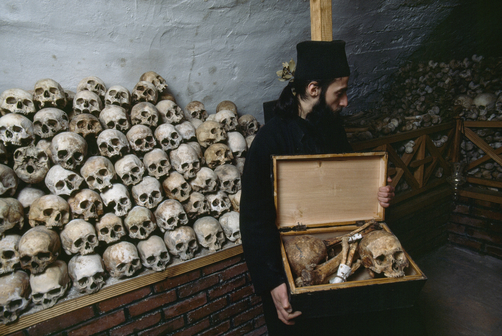 Simonospetras by evening, with two different light conditions, and the photo that gave some discussion, if the bones of this former abbot could fit the box. 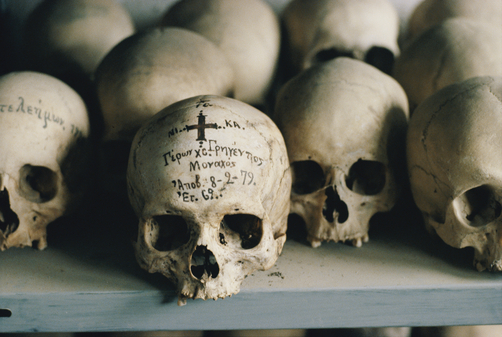 Skiti Ag. Anni: the inscribed skull of a priest at the monastic community 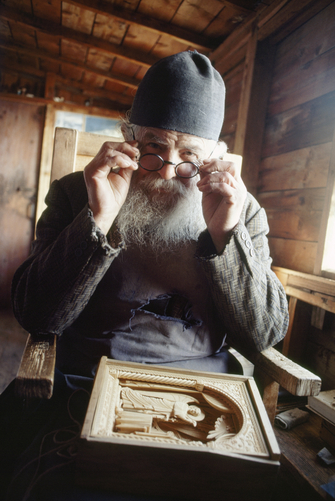 Father Niphon, a master carver, has lived as a hermit for more than 50 years 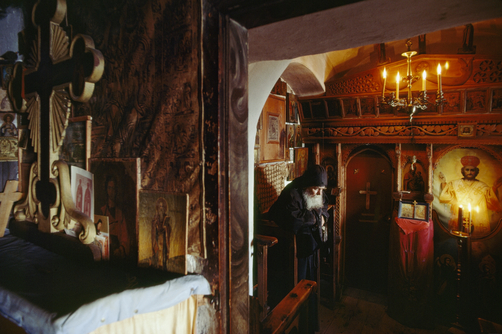 Stavronikita: St. Nicholas of the Oyster – in the 16th century, after fishermen found the icon with an oyster embedded in its forehead 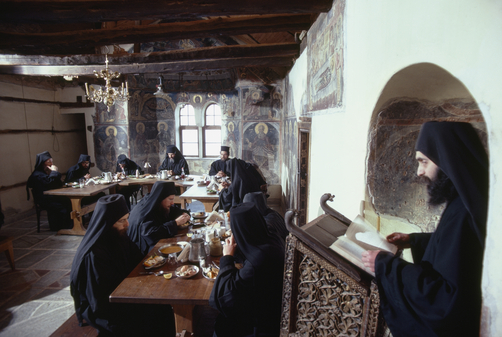 But the National Geographic photograpic archive has more Athos pictures, from which I do not know the year of publication (or if they were ever published at all?). 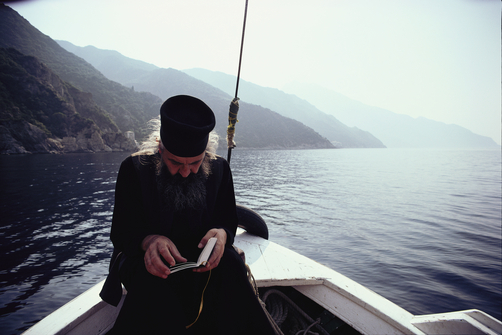 Monk reads scriptures on a rowboat in the Aegean Sea 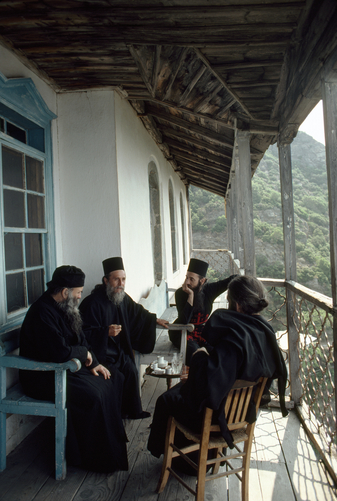 Simonospetras: after morning service and early meal, monks have a discussion on the rectory balcony 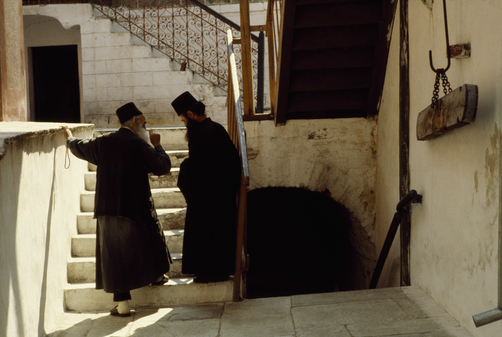 And than there are three pictures made by Gilbert M. Grosvenor (past president and chief executive of the National Geographic magazine, as well as a former editor): 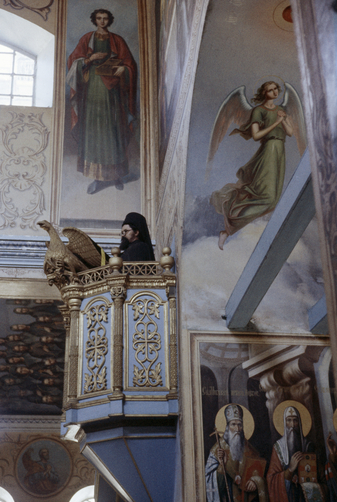 Panteleimonos: a monk reads scriptures in a vaulted refectory at a monastery meal 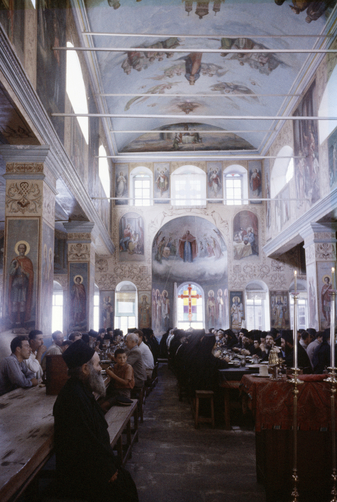 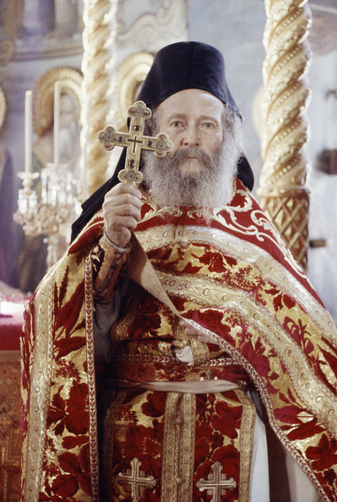 The text by this says: “Greek Orthodox abbot in red and gold robes raises a golden cross”. I think it must be a Russian Orthodox priest or abbot from Panteleimonos(?).

This entry was posted in books, monasteries. Bookmark the permalink.