Last week I was lucky to but a very special and detailed map from a internetshop in Thessaloniki, “Chartis Agiou Oros – Chersonisou Atho” (Map of the Holy Mountain – Peninsula Athos). The map is made a Greek architect, mr. E. Papasotiriou. This is first time it is shown (in 5 pieces) in detail on the internet, although you’ll find it here (with many other maps). 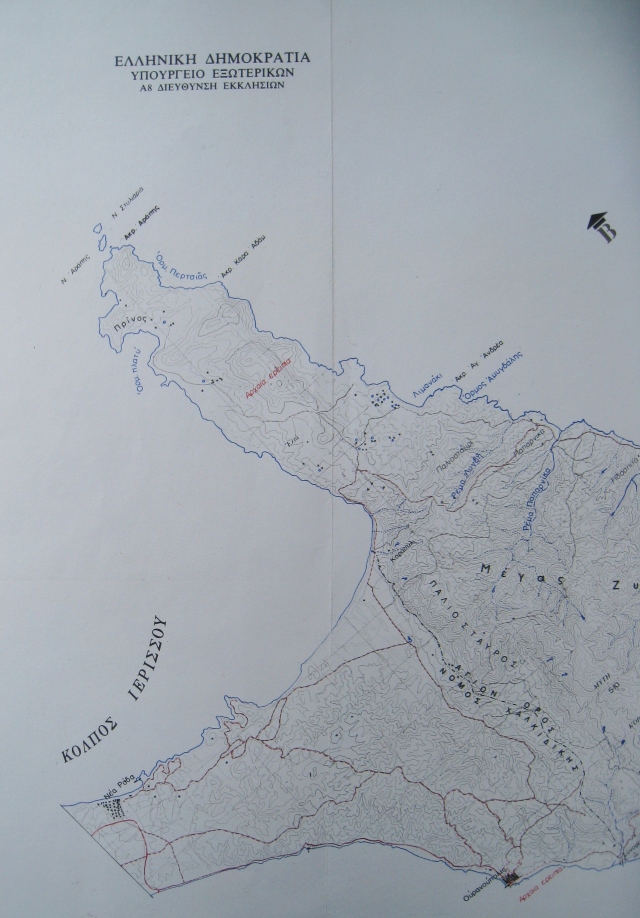 Map 1 – the border, Arapis, Nea Roda and Ouranopolis. The map is originally published by the Ministery of Foreign Affairs. The map resembles the Zwerger map, but on this one more contour lines are shown.  Zwerger gives you on the other hand more information about the altitudes, which is missing here. 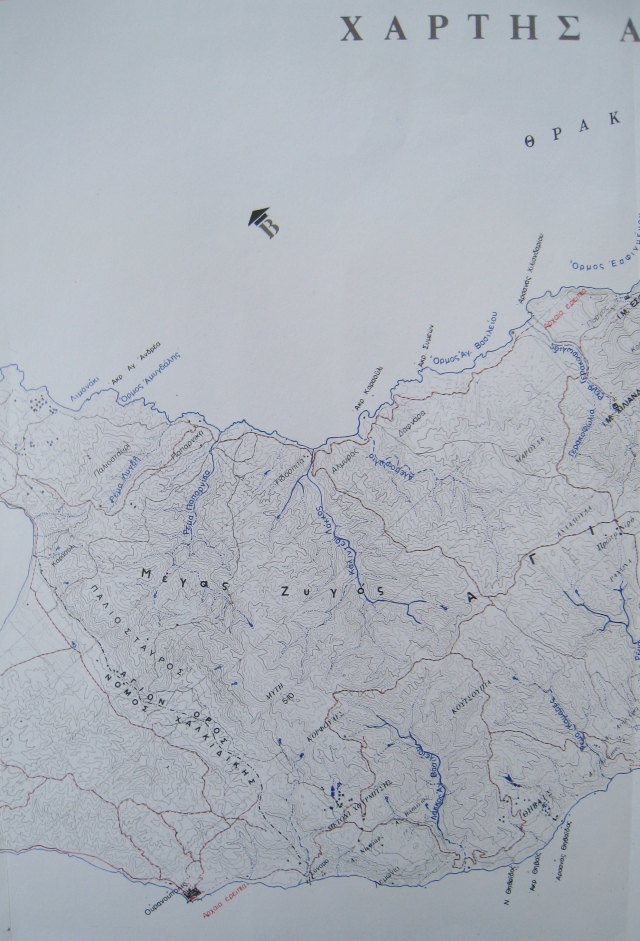 Map 2- Chromitsa, Megas Zygos and Chilandariou. It is difficult to date the map, although I estimate that is made in the 60 or 70-ties of the last century. The main reason for this assumption is that the dirt-road to Lavra is missing on this Greek map. When I walked to Lavra in 1980 this road to Lavra was already finished and the Zwerger-map from 1980 also shows this road. 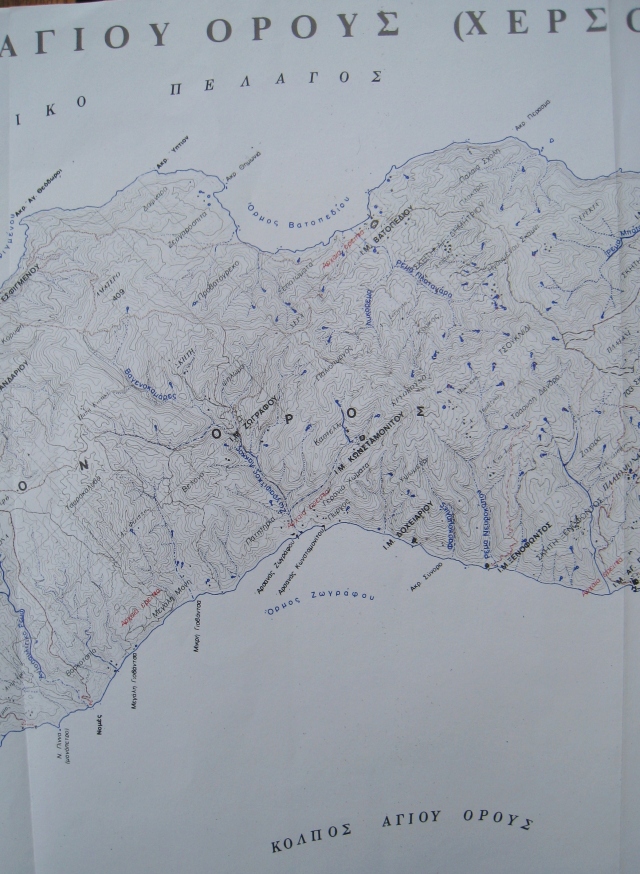 In the legend (Ypobima) the different type of roads and paths are explained. Maybe old paths will appear on this map and can be “re-discovered”, I did not have the time to find it out! Notice the locations named “Archaia Ereima”, printed in red on this map. It should be old (classical Greek?) ruins?

Other signs from the legend are wells, springs and reservoirs. Near Jovanitsa you can see the name Megali Moni. What could this have been? Zwerger doesn’t mention this place on his map. Could it have been on old forgotten monastery or just a big house? 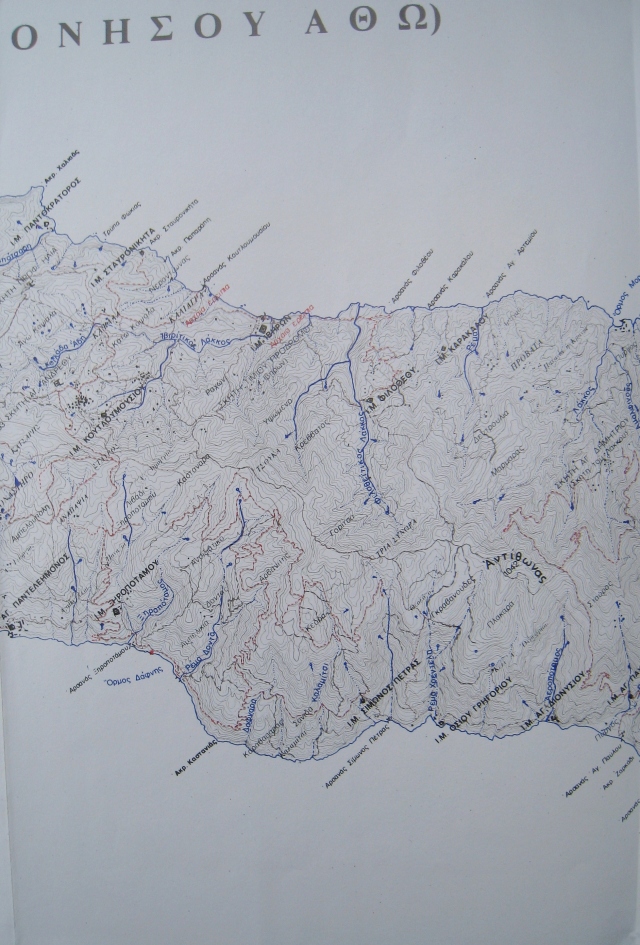 Map 4 – the middle section of Athos, with Karyes (its name is not mentioned!) and many other monasteries. The road from Dafni to Karyes is drawn, so the map is absolutely later than 1963, when this road was build. Notice that the settlements Mylopotomas and Bogoroditsa are missing on this map. 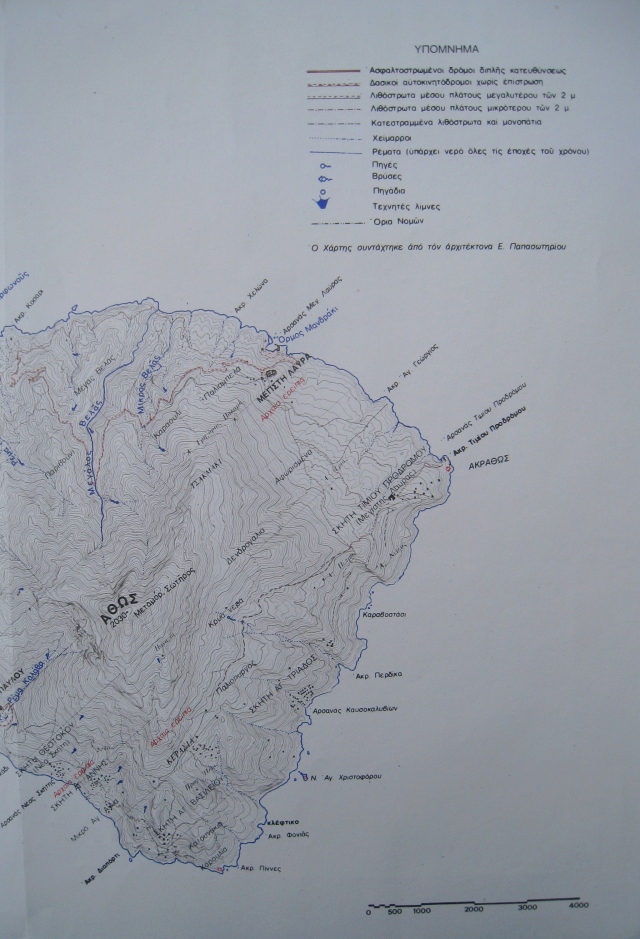 Map 5 – the mountian itself, Skiti Anni, Prodromou, Lavra and the legend.

The interesting question is if Zwerger was in the possession of this map, before he made his first in 1980. If you look at the special names of all the different torrents and ravines, I think Zwerger must have used this map to create his. Almost every name of a monastery, skiti, settlement the and the names of geographical places, that are found on this Greek map, are published on Zwergers map.

Zwerger’s map is actually much better to use, because the graphic design is of higher quality (less detailed contours, better colors), and the map is more up to date. Anyway, it was a pleasure to show you this old map. 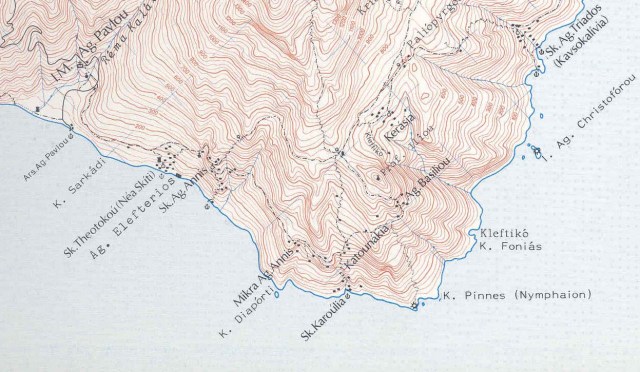 Detail of the Zwerger map

This entry was posted in maps. Bookmark the permalink.