The route of our hike, mainly over gravel roads (see Athos-map)

The same part of mount Athos, from a different angle

Directly after leaving Filotheou (10.30 h.) there was a sign which way to go: after that we saw lot of more signs, but I forgot were I could place these on the map, because there are to many roads and turns on this route.

On the internet I found this interesting picture of Kaliagra and Stavronikita:

In blog 929 I showed you this old harbour of Koutloumousiou in its present condition: on this photo you see the building in its original state, I think somewhere around 1950/60? 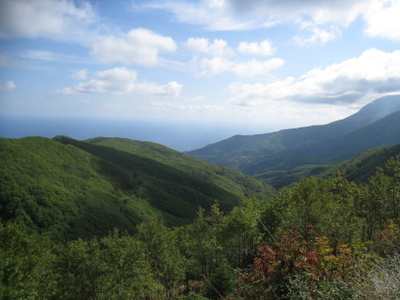 The magnificant forrest landscape of Mount Athos: is this how Greece looked in the pre-historic times?

Old oak trees, similar as the ones on the foot of the Holy Mountain, near Kerasia 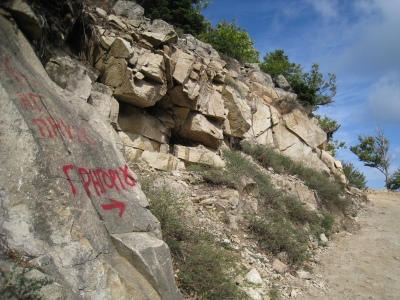 This turn shows the path that leads to I.M. Grigoriou. You can find it on the first picture in this blog, just right from the cloud, in the lower left corner

Agian the dense forrest of Athos, with Lavra in the background 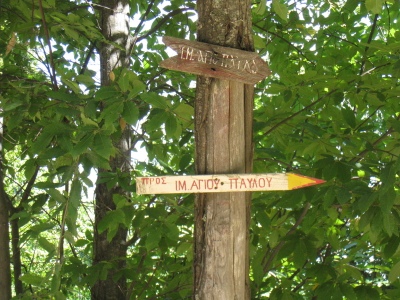 At 12.00 we had lunch (thanks father Ioachim) at a turn to Skiti Provata 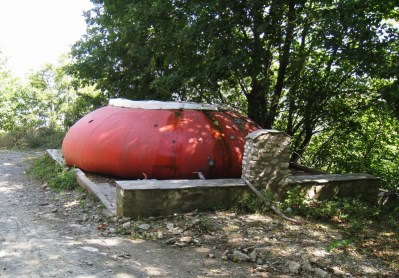 Soon after we saw this strange water basin in the middle of nowhere. We’re not far from the second highest mountain on Athos, Antithonas.

Antithonas: very rarely seen, but here it is !

The road between Antithonas and the Mount Athos (on the left)

Panorama to the SE with Skiti Lakkou and the Amalfi tower

This entry was posted in 05 Dionysiou, 12 Filotheou, trip 2009: Wim's group. Bookmark the permalink.