The vines of Mylopotamos

In blogs 775 and 776 I introduced you to the fine wines of Mylopotamos.
Finally the time was come to have a look at the vinery myself:

The new ‘vinery’ building on the right, with the ‘potamos’ / the dry river on the foreground.

Margerites, the winemaker of Mylopotamos

Margerites showed us around in the vinery and it was obvious how proud he was of his work and his products. He leaves his wife and kid in Thessaloniki for a couple of months – till December – to work at Mylopotamos. Only 5 people do the work – two of them Albanians – and produce 19.000 bottles of wine! Most of the grapes were already harvested, exept for a some grapes on the higher hills of the vineyard. 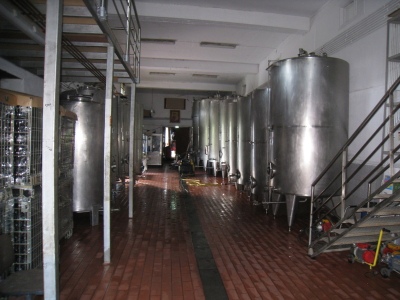 The wine is produced in modern Italian stainless steel devices. 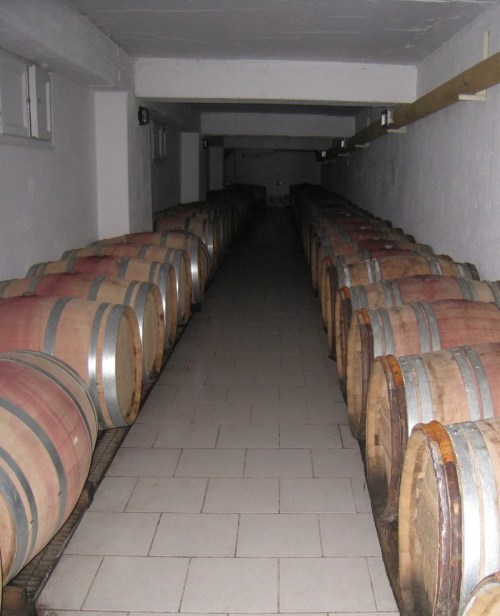 Mylopotamos – winecellar with barrels of French oak, were the wines ripe for one year, before they are bottled. The oldest wine from Mylopotamos dates from 1979. 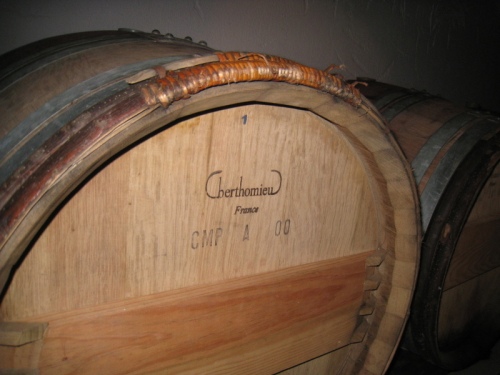 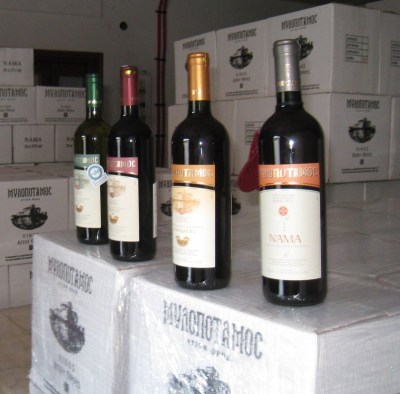 The four Mylopotamos wines:
1. Nama: a red sweet communion wine (advice Margerites: drink cold with ice and use the extra cork in the little red sack to keep the wine!
2. Leukos: white wine
3. Oinomeli: a rosÃ© wine (according to Margerites a wine for women, half sweet)
4. Erythros: a dry red wine

A label of the Mylopotamos retsina wine: The drawing on the label is from the Russian book from 1905 that I showed you in 1022.

Most of these 5 liter bottles are sold to restaurants, but I also found them in a shop in Ouranopolis.

After a first round you get 20% alcohol, and after the second time up to 35%. Anise is added and the Tsipourou is ready. The tast is more heavy than Ouzo and every time you arrive at a monastery a small glas is offered by the Archondaris.