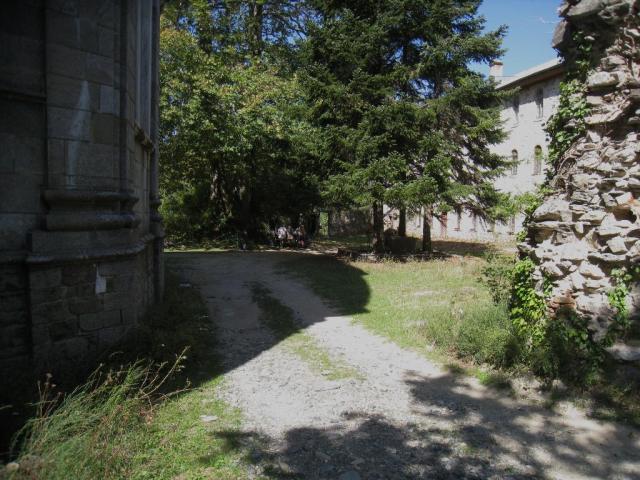 This is the entrance to the old Russian monastery, Paleo Monastiro, also called the monastery of the Thessalonicans (or Nagornij Rusik). Founded in 1169, nothing remains of the original building. After a devastating fire in 1312 it was rebuild again with the help of a Byzantine Emperor, Andronikos II, but later on it fell into ruins again. A remarkable detail is the thick wall that is seen on the right. It does not seem to have a purpose. Might it be the last remaining piece of the original settlement? Have a look at a plan of the site:

Plan of the location:
A. the main church dedicated to the Mother of God: “Potsajevskija”
B. cells/monks quarters
C. secundary building/working place
D. well
E. columns
F. the second church, where Saint Savas from Serbia once lived 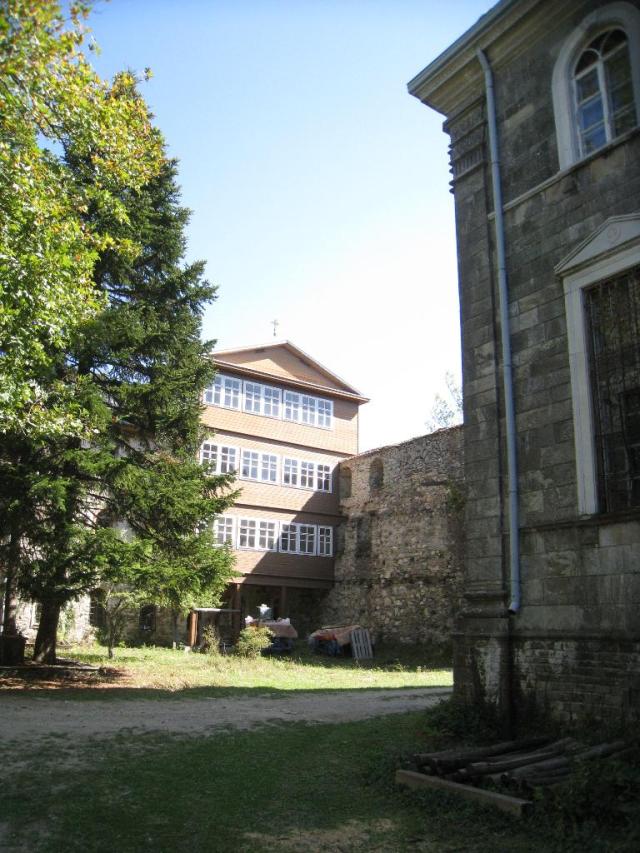 A picture of the long building/living quarters B and the main church A, again with the odd old wall, with niches and shapes of windows in it.

In this picture the camera is turned a bit to the left: Building B with the well D on the right in the shadow (with the guys resting in under the large trees)

Building B: only one monk seems to live here. We saw him sneaking through the door, but unfortunately he was not anxious to have a talk.

Detail of a door of building B 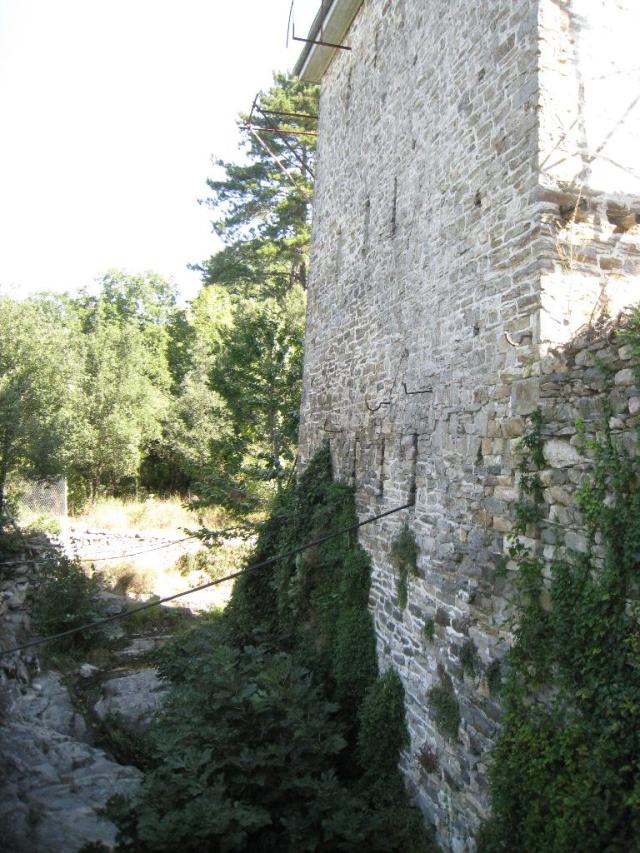 The north wall of building B

Cats in front of building B, with a gate to the bridge on the left 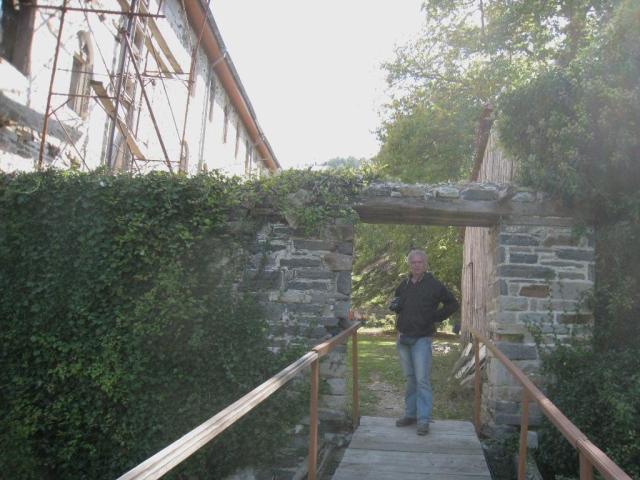 The bridge that leads out of Paleo Monastiro, with brother Herman. Building C on the right. 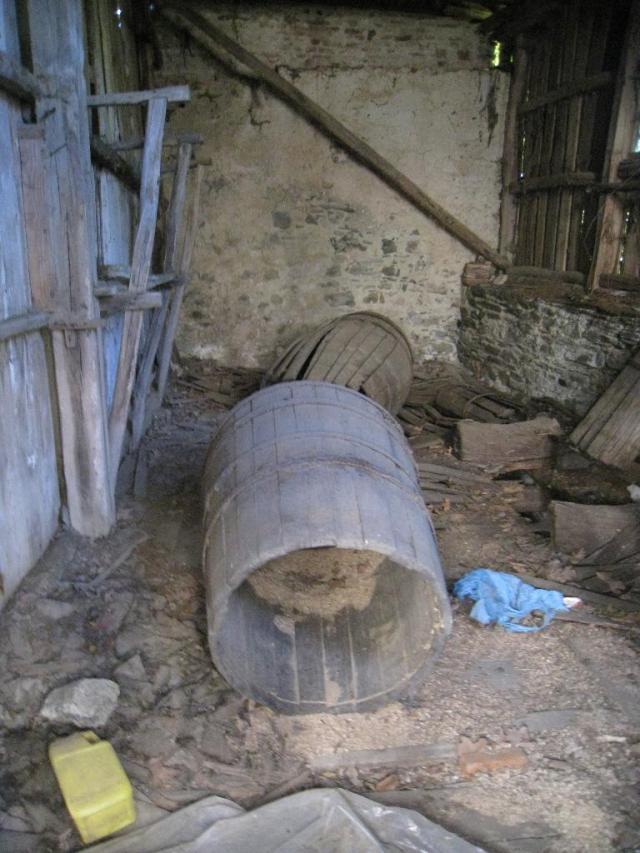 Next time more pictures of the main church.