In the last post Giannis helped us to find information about the whereabouts of a arial picture of a partly ruined settlement. Because most of us do not read or speak Greek I will copy part of his blog about this kellion Agiou Artemiou (thanks Giannis!).

First a picture of Google Earth, with the exact location of the kelli, near Timiou Stavrou and Karakallou. 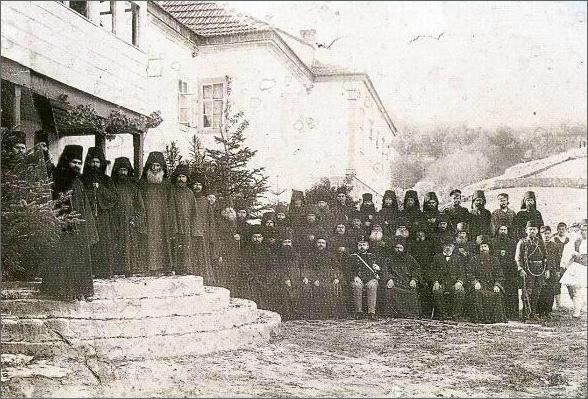 The settlement dates from 14th century and in 1863 it was inhabited by 4 or 5 Greek monks. From that time Russians slowly outnumbered the Greek monks and in 1902 it is recorded that 55 Russian monks lived in this place. It was one the biggest Russian cells on Mount Athos. About a thousand pilgrims passed by every year (1867-1900). 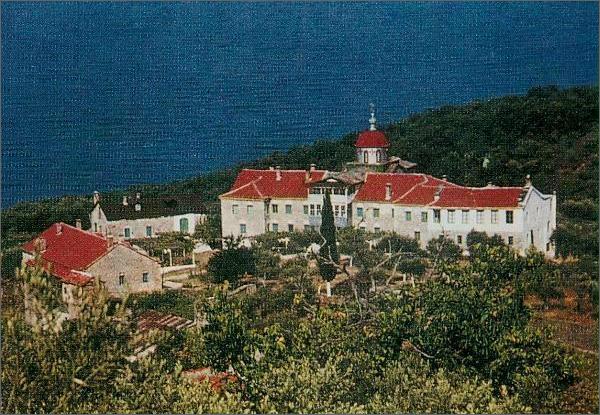 Agiou Artemiou with the church, photo taken before 1905

In 1905 disaster struck: the big eartquake, that also distroyed a large part of Ierissos, ruined the katholikon and teh surrounding buildings.

And on October 28th 1976 a large fire broke out, distroying the most of the remaining parts.

The interiour of the church in ruins

A monk on the round stairs of the ruined church

In 1967 the kellion was bought from the two remaining Russians by father Ephraim. Since 1987 Father Euthimios from Philotheou is trying to restore the settlement with the help of friends.

Look for more pictures and text on this site of our fellow Athos-blogger Giannis, who has a treasure of information about Athos.

This entry was posted in kellia. Bookmark the permalink.