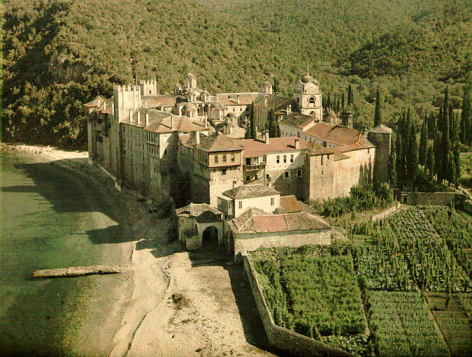 Very early color autochrome by Fernand Cuville of Esfigmenou monastery. Picture taken during World War 1 1914 -1918. Watch the garden and the pier on the foreground. 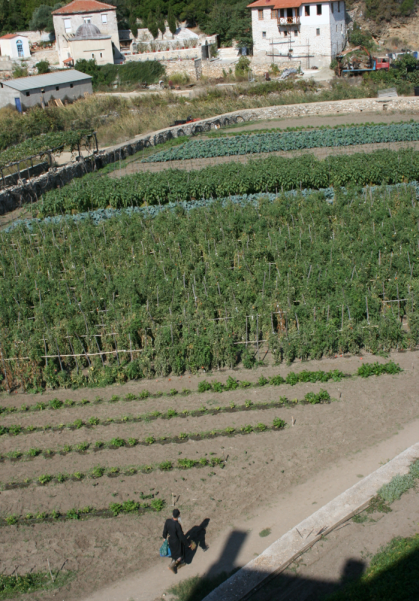 The garden but now the photo is taken from the monastery. September 2009.
You read the stories about the zealot monks of this monastery with fundamental orthodox principles and my perception was that they were old men hiding in their cells but it turned out to be a very lively community with hard working monks. One of them refused to speak to us but there was also a funny monk who called one of us “Miek Jagger” and laughed out loud. 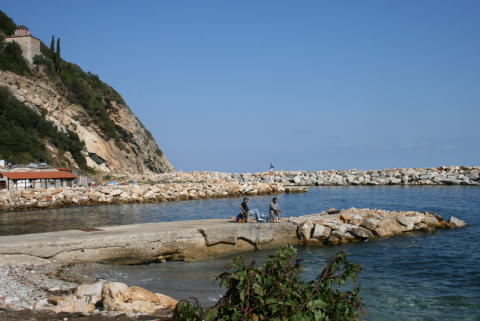 Workers fishing on the pier.
hv

This entry was posted in 18 Esfigmenou, food and tagged fishing. Bookmark the permalink.

2 Responses to 908 – Fishing and gardening