Posted on October 8, 2009 by athosweblog

It looks as if more and more cars drive around on our beloved piece of land. Just have a look at the number plates of Athos-cars. Not long ago they started with car nr 1 (the first bus from Dafni to Karyes?). Already in post nr 166 Herman  showed us some older plates (with car nr 2!). 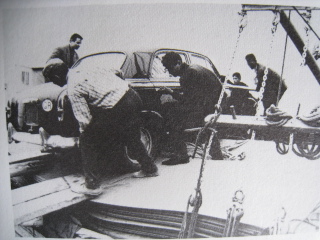 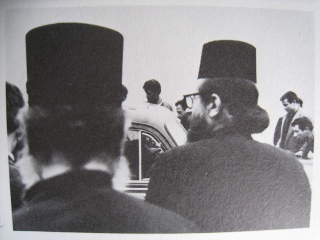 1967: unloading a car of a idiorithmic monk, just after finishing the road between Karyes and Iviron. Was this the first car on Mount Athos ? – from the book of Feigl
Wim, 8/10

(NB: or could these plates or this photo be fake? Vasilis says the lower numbers – 01 and 02 – rever to the monasteries: he has doubts that Lavra [01] has 550 cars?? Do the numbers maybe accumulate, in other words, are there 550 cars in total on the Mountain? Who knows the answer?)

This entry was posted in history and tagged cars. Bookmark the permalink.