A permission for all (non)-orthodox pilgrims for 4 days (= 3 nights) is called a Diamonitirion.

In 1980 the four abbots of the Epistatia still provided their own autographs (not printed) and three stamps were nessescary. 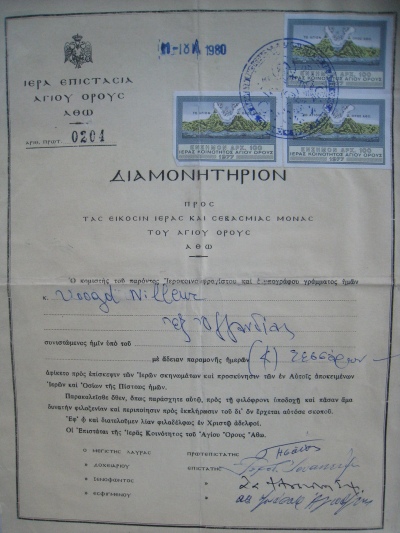 Six years later the handwritten autographs were replaced by a printed version, with only two stamps. 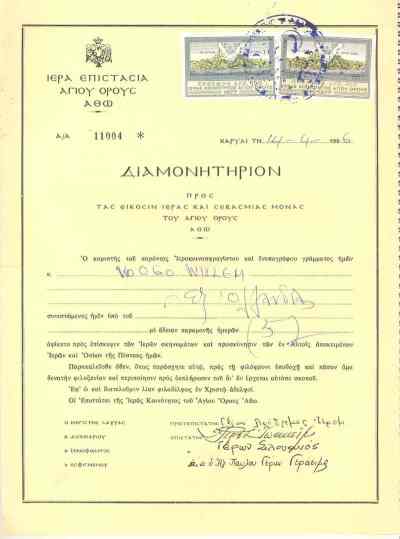 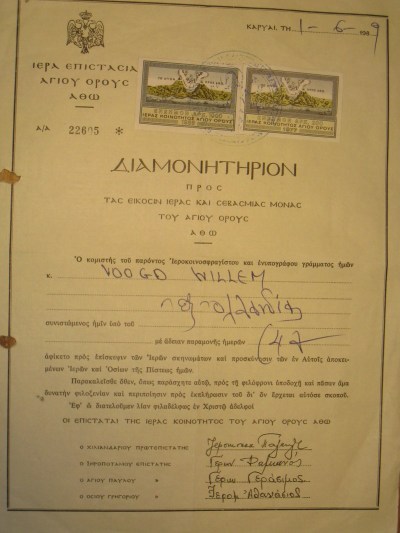 In 1997 only one stamp was left and it was a printed version: 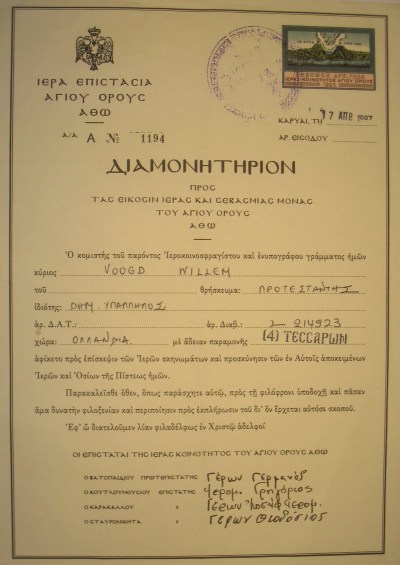 And finally In 2007 the computer era was introduced and the (whole) Diamonitirion was properly printed ! 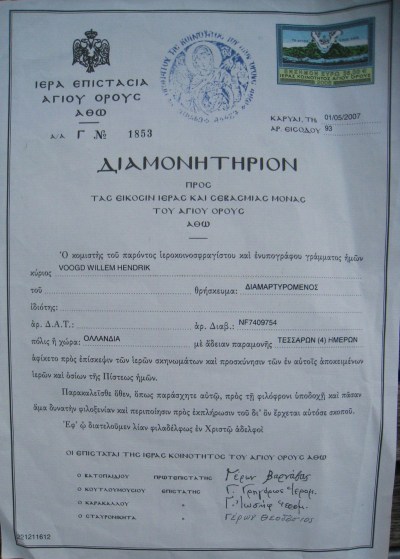 This entry was posted in basic information/reservations and tagged Diamoniterion. Bookmark the permalink.