861 – the Photo studio of Panteleimon I

In 1976 two Dutch pilgrims, Rolf Bos and Paul Robert, visited the Holy Mountain. They ended up in Panteleimon, the Russian monastery on Mount Athos, that once was inhabited by 3.000 monks. In 1986 only a couple old Russians remained and their monastery looked like a ghost town. When they walked through the ruins, they found a half burned building, which turned out to be the former photo studio of the monastery.

The photo studio of Panteleimon, 1986

Two Turkish officers, drinking Greek koniak, that stands on a round table (with an old cloth!) – probably 1914 or older

Six French mariners from 1917, drinking real French cognac, that stands on the same round table, but with a different cloth 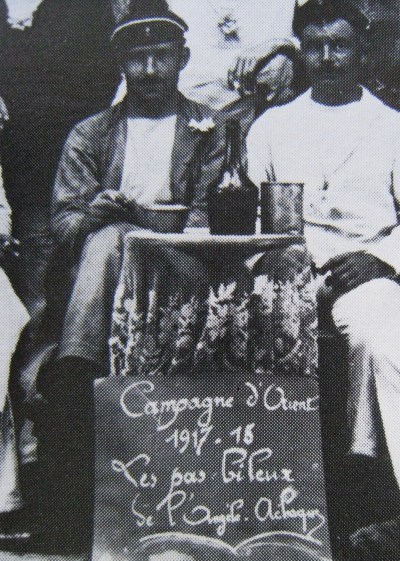 Detail of the text: Campagne d’ Orient 1917-18 and then I am not sure about the text: les pas Bileux de l’ Ougile Achoque ? Are there any French readers who recognize their grandfathers ? 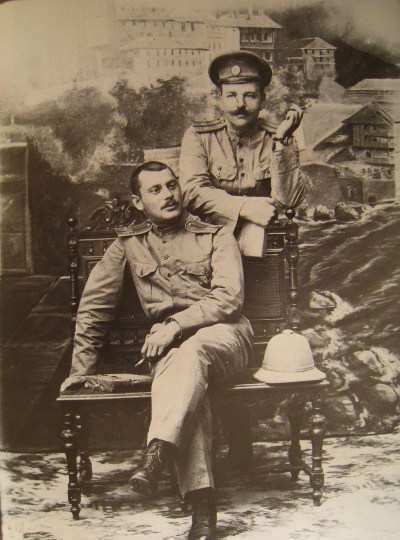 Two soldiers (officers? ) with a tropical hat on the bench and in the backgound the buildings of Panteleimon 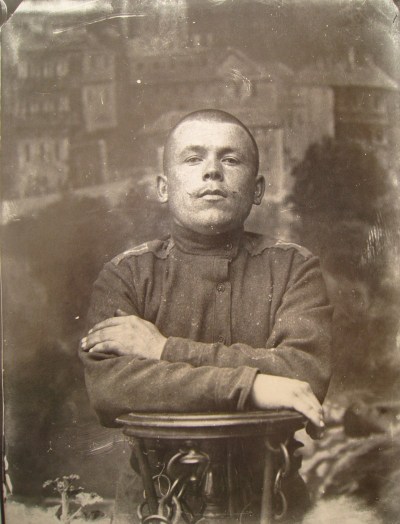 A soldier in Panteleimon

A pilgrim with stick, with a bible in his hand and a neckless (with a Saint ?)

Next time more pictures (and the story about how the pictures were discovered).

This entry was posted in 19 Panteleimonos, history and tagged Rolf Bos, vintage. Bookmark the permalink.