In blog number 562 I showed you some pictures of a Greek minister who visited the monastery. At that time I knew that some pictures of this visit were missing, but I didn’t know where to look. Yesterday I suddenly came across some old archives with the 1997-Athos papers, where not only the missing photos showed up, but also the 1997 Diamoniterion, a diary of the trip and some old “best of” pictures of my Athos-mate Pieter Voorn.

From this diary I learned that the visiting Greek minister was the minister of Culture Venezilos Evangelos. 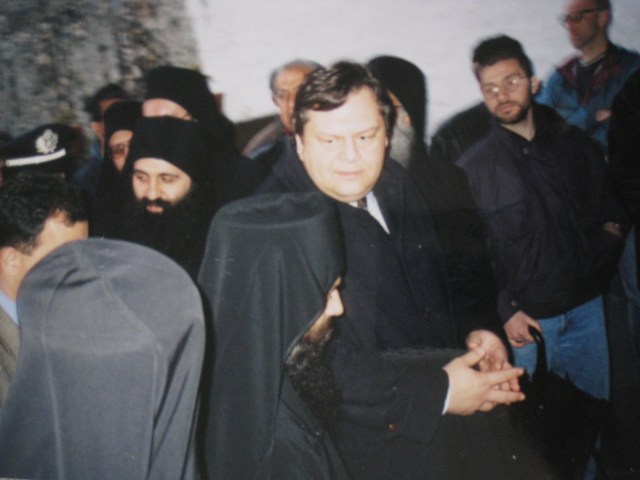 He arrived at April 19th 1997 in pouring rain and he was welcomed by the abbot (?) of Vatopediou. 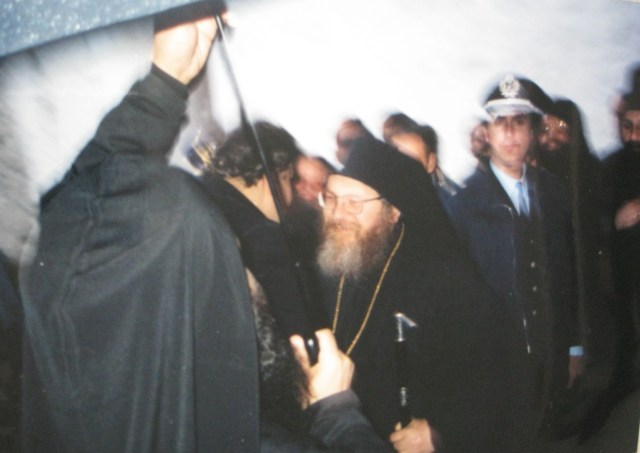 The service that evening was extraordinary, with lots of singing and speaches, because of the attendence of the important visitor. An Enlish speaking American monk showed us all the relics, for example the girdle of Holy Mary, and gave us a good explanation. For me it was the second time to have the honour to see this very special relic, because already in 1980 it was shown to us. 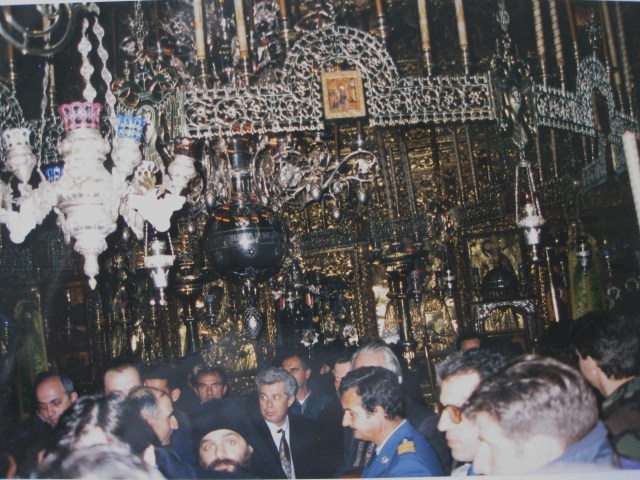 At nine we went to our sleeping room and when we woke at 8 o’clock the minsiter was already (or still?) attending a service. After leaving the church there was a procession around this church. 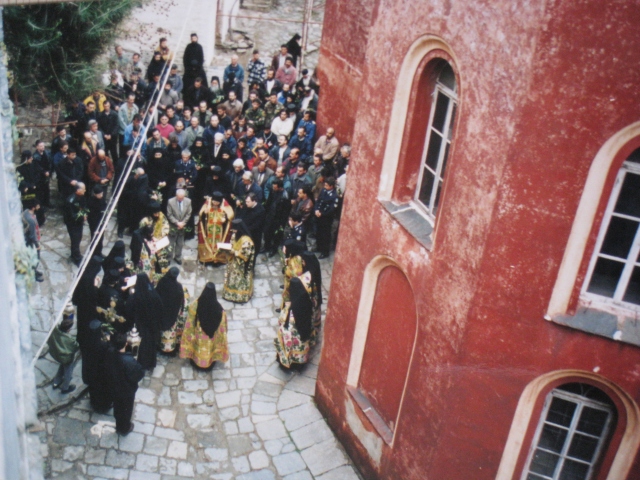 The meal we had that morning was of good quality, for the first time I ate swordfish on Mount Athos!